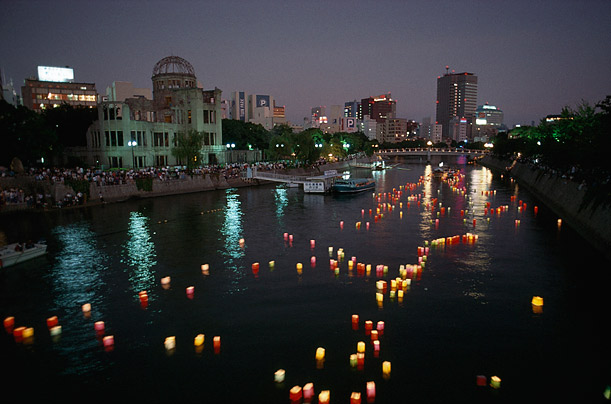 Hiroshima Today
Similar to some German cities' postwar reconstruction efforts, Hiroshima has used modern architecture to communicate the politics and narrative of its people. While most of the city was rebuilt with a modern lilt, the Hiroshima Commercial Exhibition Hall, severely damaged in the bombing, was kept as a memorial to the war. Commonly referred to as the A-bomb Dome, the building sits at the tip of Hiroshima Peace Memorial Park, a sprawling area of green grass, community centers and various monuments. It is a tranquil respite in the center of the city, dedicated to the legacy of the atomic bomb, the memory of war and the hope for peace.