San Francisco after it was rebuilt 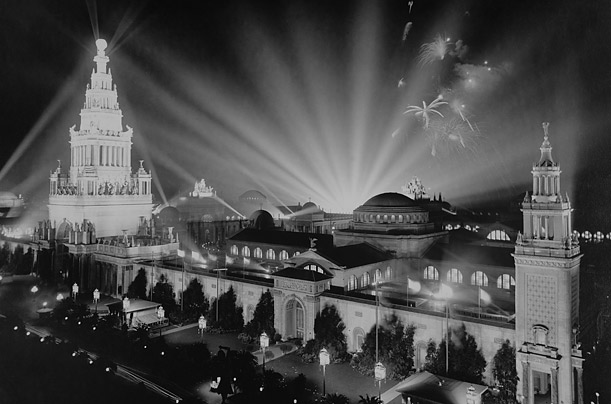 San Francisco Rebuilt
Like Lisbon, San Francisco saw the disaster as an opportunity to reorganize itself, widening many streets and constructing a subway under Market Street. By 1915, the golden city was nearly 100% rebuilt, and that year it hosted the Panama-Pacific Exposition, above. While the expo was meant to showcase the city's rebirth, the fair is perhaps best remembered for the introduction to the transcontinental telephone line that gave people in New York the chance to hear the hush of the Pacific. In present-day San Francisco, there are no great monuments to the 1906 disaster. Instead, the city is littered with the ornate palaces and conservatories built in 1915 to trumpet the city's resilience.