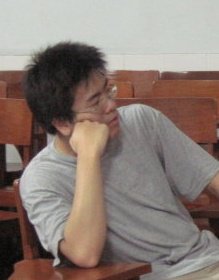 I've been thinking about this mission a lot today, but since I haven't found the answers yet, I thought I'd have to find them for a while. But I think I found them just now.

Since I played this game, I've been innovating a lot more than I used to be. That's what I learned, probably 'doing something in a better way'.

I asked some of my friends about their ideas, but it seems that they are easily bored by their own innovations. The big point is that they have their ideas! But it… Continue

Ten years after this, I will be (Imagine 1)

As I looked at the act section for mission one, I could barely say that I learn to live from everyone. So it's hard to follow just one of them directly. So I decided to do this section instead, which asks me to tell me what am I going to be in the next ten years?

If I look back to the year 2000 (ten years ago), and ask my little self to tell what was I going to be doing at 2010, I'll probably hear an awesome answer. That's too late, I'm here now. But several thing I noticed, is that I… Continue

In my local place, food hasn't been a social problem. Poverty has.
But they linked each other, doesn't it seem so?

However, even though the government have already done some efforts, this problem just keeps on going.
It's probably rare to see beggars walking around the city for you, but I'll probably run over more than five of them a day. Some of them are still children.

The irony is that this happens in the capital city of my country.

Not to look around for… Continue

I'd like to ask many people about other things, other stuffs, other games, or whatever they were. But what we always do, is that we share knowledge and skills to continue our social life. This is the most important thing, cause everybody started from 0, the real zero deal.

I mean, who's going to be anything if everybody starts alone, and come to never be… Continue