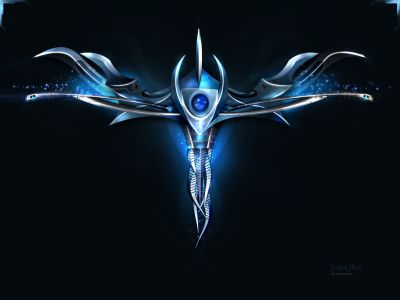 Croatia was hit as hards as any other country with the recent crisis, and as always the majority of the population (middle class and those poorer) that are hit the hardest.
With raging unemployment and increased taxes (yes, that is the brilliant move our government decided upon) those who were just barely getting by are facing many problems, and even those who were only months ago sure about their financial security now struggle to survive.
Even…
Continue

What future holds for the world

First of all in 2020 I would really like to drive an electric car. And I hope most of the world will.
Now for me. I'm hoping that smart buildings will be a standard rather then an exception and that I'll have an apartment in one. Secondly a hologram based augmented-reality computer/work station would be of great help. With it I could the job I'd like to have much better then with what is currently available.
What is the job I'd like you surely…
Continue

Start at social innovation, bringing the help to those who need it

The secret of social innovation that I have discovered today is:
Embrace market mechanisms (Giving stuff away rarely works as well as selling it.)…
Continue

FutureToday is 2020/1/1. It is just like yesterday. The war is still continuing. It has started since 2010. In 2010, that year was a horrible year. Almost every energy ran out. Every country’s governments were crushed down at the same time. There were riots everywhere. All of the big company’s bosses were killed xdeadx in the riots. Troops fought each other everywhere. Food was bought up xawayx at once. There were no more food supplies in any shops. The economy was all crushed down. All the…See More
Jan 1
0 Comments
Namwaka Mooto posted blog posts
Jan 13, 2016
T D updated their profile
Sep 3, 2015

The exchange works directly for state and public workers and servants. It gives them credit in exchange for the amount of public work they contribute to the community. The more constructive they are based off a base rate the more credit they recieve.
May 2, 2015
0 Comments
Brian Hurley posted blog posts
4 more…
May 2, 2015
Brian Hurley commented on Brian Hurley's blog post ACT: Future of Currency
May 2, 2015
Rico Angel Rodriguez posted a blog post

Ten years from now I will be in a political job assisting with people in the midlands of South Carolina particularly the rural working class and farmers. As the class of people that feed the nation I find that it is imperative that we assist with making sure they produce as much food as possible. I would like to support local scientists as well that are leading in research on how to produce food more efficiently. I will also be participating in missions to foreign countries to help people with…See More
May 1, 2015
0 Comments
Jeffrey Smeriglio posted blog posts
3 more…
Apr 29, 2015
Benjamin John Heckman posted a blog post

https://www.google.com/maps/d/edit?mid=zQ49AvLkhA2w.kfbaOGer-lQYIf you click my link to my custom map using Google My Maps you will see the addition of a Emergency Shelter to be used in case of a tidal wave or other event from the sea. Included are new emergency routes on what will be an expanded highway to allow traffic to flow in the event of an emergency.See More
Apr 29, 2015
0 Comments
michael Holland posted photos