2q) Where should EVOKE go to next, which countries should play?
2a) People in countries that are just getting by need to know that some people are trying to help and they also need new ideas on how they could start to help themselves.

3q) Who would I encourage to play EVOKE?
3a) People who are trying to make a…

Living on the countryside 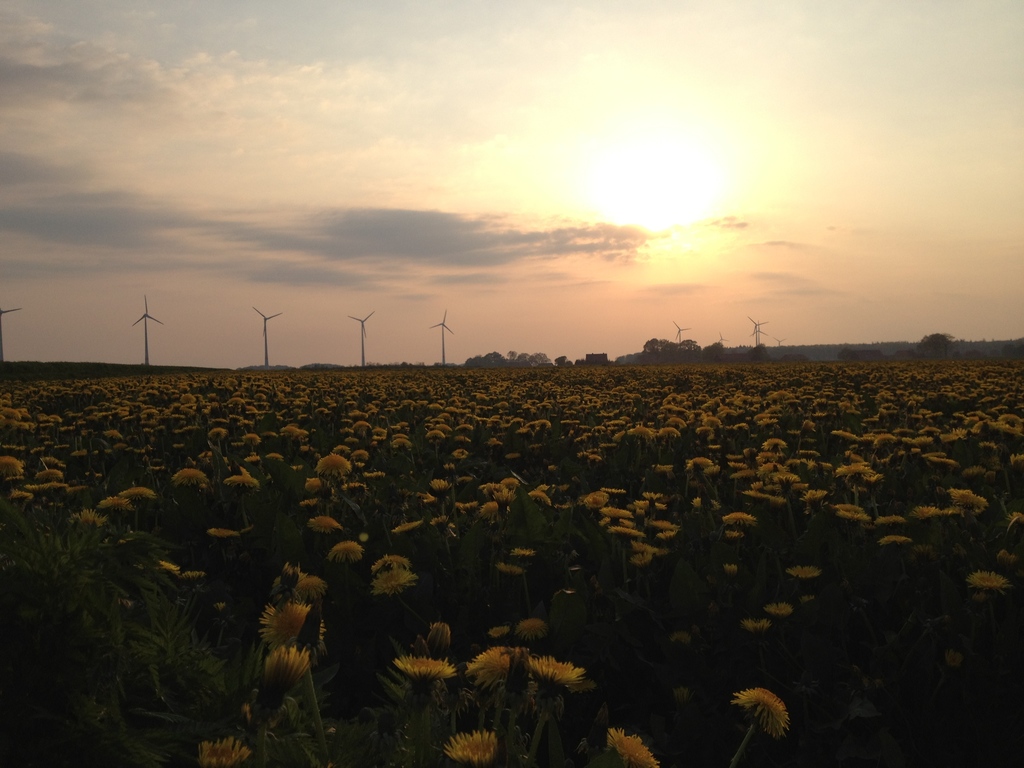 In ten years I see myself with my family in Istanbul, where I work for a successful and globally represented organization.Most of the time I do my work from home so I can take care of my family. Additionally I work in a voluntary social organization for children. My motto is: "Children are our future" .. So it's our job to take care of the children, if not by deeds, by providing financial support. Anyone who can afford it, should stand up for a social…

Germany - a country who is not affected by hunger and food insecurity has the responsibility to share knowledge about new technologies, agricultural innovations or more efficient production methods

In Germany, only very few people are affected by hunger and food insecurity at the moment. The economic growth, a very low unemployment rate, as well as a stable political environment are just a few reasons for this positive development.

On the other hand, there have been around 12,6 mio people in Germany in 2009 with a risk of being statistically assigned of poverty. Belonging to this group with an income of less than 940€/month most of the people are not affected by hunger and food…

I live in Bavaria, Germany. Hunger is not a huge problem here in Germany, but it really is a serious problem we have to fight against in other countries all around the world. In my opinion the biggest hazard for food security, especially in western European countries, is the continuous rise of food prices. Compared to the raise in wages you see a dramatic difference between the pace of the raise of food prices and the pace of pay raises. The result is that these people concerned can not buy the… Continue

The Project Masiluleke (meaning "hope" in Zulu) shows the great potential that technology has in public health sector, by delivering HIV/AIDS and TB messages to the general public, providing counseling via cell phone, supporting HIV Self-Testing and keeping patients connected to care. This successful project shows the importance of understanding the crux of one problem, in this case the living situation of HIV positive citizens. The access to health care information was not blocked by…

If you have 4 minutes... a short story about Dr. V. and how he tried to cure avoidable blindness.

Dr. Venkataswamy, nowadays well known through several case studies, totally fits to this description and I would call him my “social innovation hero”.

IMAGINE3
As our car parks on the side of the road, one of my friends lets out a squeal. It's my 20th birthday, and tonight we are celebrating. My parents rented a hall for the night and invited all my friends and all the family. Mum bought the food, drinks, decorations, and glow sticks - yes, tonight the only power that we will be using is the stereo for music. No lights. The glow sticks will help us see in the dark. My friends and i step out of the car and walk towards the large hall…

in 2020 i will be climbing mt cook and have a job as a climbing instructer.

in 2020 i will be climbing mt cook and have a job as a climbing instructer.

I personally like the secret "Go to where the action is".It means that you have to confront the issue head-on or you won't be able to stop it but if you just sit back and do nothing you where never a…

I personally like the secret "Go to where the action is".
It means that you have to confront the issue head-on or you won't be able to stop it but if you just sit back and do nothing you where never accomplish anything.

Innovate on existing platforms (We’ve got bicycles and mobile phones in Africa, plus lots of metal to weld. Innovate using that stuff, rather than bringing in completely new tech.)

Innovate on existing platforms (We’ve got bicycles and mobile phones in Africa, plus lots of metal to weld. Innovate using that stuff, rather than bringing in completely new tech.)

I chose a company called blueEnergy because they are using mainly wind powered and provide energy to a lot of african towns.

In 2020 I'm celebrating Christmas with my family with a solar-powered Christmas tree and a self roasting turkey. My buddies Lunguini and Poocho are cooking meat on the windpowered-barbecue.

I stand in my new dressing table mirror, and twirl. How do I look. I'm wearing a stripy minidress and sequined legging. My shoes are like skyscrapers. Just in time for my 20th birthday party. We've rented out the local club and are having a huge dance party with my old high school friends. It's going to be awesome!

There is caves around the shara which tell the history of man safe tribes, they need to be kept safe and gaurded well with consant protection. these cave have not all been found but have been told about by old tibes. also there are ruins in egypt which tells secrets with a box that holds secrets.

i think what ever we eat has to be healthy and also consume a limited amount of food per person in order to think for those who don't have the ability to eat what we eat. Try helping those who are in need of help regading food in that manner we can do more in the community we are living in

Ten years past, and I'm eating pork of rice with fried chicken wings, one of my favor food.
eating dinner with my friends. Each of my friends had a different kind food. It was 8:30 pm. The food that we were eating, was deliver by a Chinese restaurant.

I have just came home to my cozy flat, from a long day of teaching kids about how to survive in the wild. I don't feel like doing too much cooking, beause i am so tired. So me and my flatmate, Taylor, quickly cook up some fried rice using some of the brown rice in the cupboard and vegetables we found in the fridge. It's not a fancy three-course meal, but its enough to fill me up.