my town is a Transition Town!

While doing some research for ACT 7: Urban Resilience, I discovered that my town is a Transition Town with a thriving community focused on resilience. My neighbors know a lot!
My ACT plan for this topic is to gently ease into it, since this is an area where I tend to feel very uncomfortable. I might start by visting the…
Continue

While all the information was very interesting, and much of it was new to me in that I had not thought of crisis communication in those terms before, the piece that resonated with me most strongly is Peter Sandman's recommendations for outrage management.
When outrage is high but hazard is low, Mr. Sandman recommends an eight-hour…
Continue

I have LOVED playing EVOKE -- and I'm not done yet -- but you asked me to make a wish list for the next round, so here it is!
Which challenges and problems are next?
* Climate change, environmental issues;
* Education -- changing the form of schooling to match today's learners and tomorrow's societal needs;
* War and conflict
Where in the world should EVOKE build new…
Continue

Case Study: Maps of indigenous land-use patterns in Honduras and Paraguay
This project, Participatory Research Mapping, involves personal interviews with indigenous peoples, primarily hunter-gatherers, to determine the location and extent of land that they require for subsistence. The way this was done was to collect oral descriptions of the land and also to examine maps sketched on the ground. Once this…
Continue

One natural disaster that could very easily happen locally is a large earthquake. Ushahidi has already been used to track earthquake data in Haiti and in Chile, so I reviewed those maps and made these preliminary lists.
Data to Track
Immediately:

Where are they now?

It's May 5, 2020, early afternoon. A group of 15 Afghan women have gathered in the teacher's lounge at the school where they work. It's the midweek curriculum meeting, and they are comparing notes about how their cla**** are doing.
10 years ago, these women could not read, but thanks to the efforts of the Afghan Institute of Learning, they are now teachers themselves in a fully…
Continue

While I love the idea of hosting a party to collect donations (and may yet do this), it can't happen right now because of my travel schedule. Instead, I made a small personal donation through GlobalGiving -- and then I spread the word through my social networks.
I chose to support the Afghan Institute of Learning…
Continue 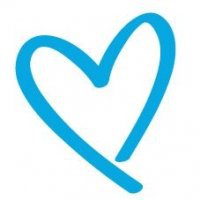 The Article I Selected
There are so many important women's issues listed in WomenWatch; it was hard to choose one. I selected "Mexico leads countries in UN ‘Blue Heart’ human trafficking campaign" because it seemed like an issue that can only benefit from greater visibility. According to the…
Continue

FOR IMMEDIATE RELEASE:
UNUSUAL FORM OF CURRENCY SUPPORTS LOCAL MARKET
4 April 2020
San Francisco, California -- Your correspondent is excited to report that after a months-long investigation, rumors of a bizarre alternative currency can be confirmed. I have seen it with my own eyes -- a small, radical group of people in San Francisco, California, are actually using paper currency to secure goods and services. After weeks of building…
Continue

I looked at Kiva earlier this week and thought it was a great idea, and had that sort of vague "maybe I'll look into that sometime" thought. Then this morning, I read Agent Riko Kamachi's post on the Urgent EVOKE lending group at Kiva. What a neat idea -- EVOKErs banding together, each contributing a little, to make a difference!
I went back to…
Continue

Okay, we are really pushing the edges of the comfort zone here! Two concurrent events combined today for me, and I completed my ACT5 Objective while also answering a call for help from a local organization.
The organization is the Mt. Diablo chapter of the American Society for Training and Development (ASTD) -- I spoke at…
Continue

Before leaving for work, I check my mobile for today's events. I know there will be a lot today -- it's World Water Day. The calendar tells me that there will be parades and contests, a virtual celebration in an online world, swimming and running marathons, even an… Continue

For my ACT4 Objective, I chose to look at different organizations that are working to provide water to communities around the world that need it, and select one to make a donation to. I did this rather than donating my own time because my passion is in support of another area (education), and I want to save my time to direct to that. Clean water is an important resource, though, and I am glad to support an organization that works in this area.
I selected…
Continue

One breakthrough solution that will change the future of money, and change how people earn and save money, is the combination of micro-tasks that can be done on mobile devices using SMS, micro-payments, and the ability to use a mobile to receive and access funds.
Mobiles are huge. The cellular network is larger than the electrical grid -- there are more places in the world where you can use a cell phone than there are places where you can charge it up. Portable,…
Continue

The "game" within the game - for me, anyway

EVOKE is amazing to me. The wh*** chaotic animal is just so impressive. There are the main missions and quests, but there are wh*** universes of spinoffs, because different people are passionate about different things. I play the EVOKE game -- which feels more like learning to me but that's okay because learning and play are pretty much the same for me anyway -- to find out about issues that I don't really know very much about, like food security and the water problems in local towns halfway… Continue

A quick suggestion for the EVOKE admins -- add the Google Translate widget to EVOKE. I've seen a number of posts (like A. V. Koshy's and Sarah Shaw Tatoun's, both of which coincidentally respond to a challenge by Alex…
Continue

Although the assignment is to share a big, impressive solution for the water crisis, I want to instead highlight individuals who have changed their own lives, and the lives of their families and neighbors, with innovative solutions to their own, very local, water crises. I chose to do this because there are many ways to approach a problem, from creating something cheap and world-changing (like the play pump or…
Continue

I just ran across this game, Power Up, developed by IBM to teach kids about issues related to energy. I only played it for a moment as I'm on a research mission for work, but I want to explore it further later. Looks like you can play it single-player or collaboratively online.
Take a look if you work with kids and want to talk about energy. If you're not used to first-person shooter type games, the interface will throw…
Continue

My EVOKE inbox has 79 messages. All of these go to my regular email address too (I know, I can change that setting, but then I'll miss the ones I DO want to see). I understand, and patiently tolerate, people's need to drive others to their posts by sending out messages to their entire friends network, or worse, to the the wh*** community -- I know I get messages from people not on my friends list.
I want to speak up for the value of personal connection, but even more, for…
Continue

A new way to power... my sewing machine

This objective has been the most difficult for me so far. I admit, I thought it would be hard to work up the courage to carry out my plan for ACT2, but this one has been harder. My skills center on organizing people, helping groups to achieve actual results, and making communication between people smoother -- not on inventing things. I can be resourceful, and when I have a small need I can figure out a way to… Continue