The Namaqua Sandgrouse. An indigenous bird found in the area of Namaqualand in South Africa (this is where the bird gets its name from). What's interesting is that the bushmen of South Africa learnt much from them. I decided to make a clay model of the bird for my ACT8 mission.… 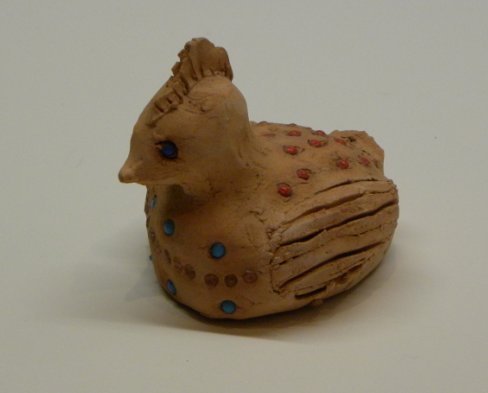 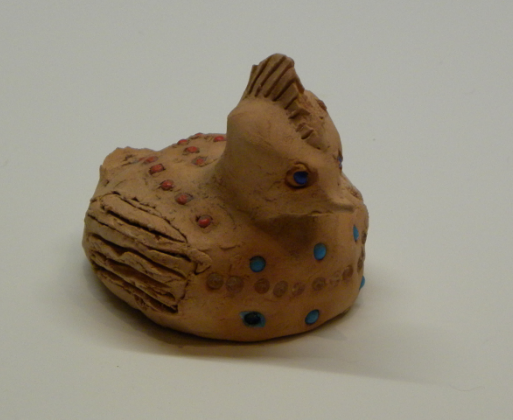 Celebrating Strides - Giving Social Innovators The Chance To Do More

A quick share relating to Lindela Mjenxane (http://www.urgentevoke.com/profiles/blogs/lindela-mjenxane-social) and the celebrating strides award..
Johnnie Walker created the Celebrating Strides Awards to both mark its centenary and to recognise aspiring entrepreneurs, artists and individuals in certain disciplines for acting as catalysts to those who want to make a difference. Awards were given…
Continue

Just a share about a children's home in Cape Town..…
Continue

Welcome back to the second season of EVOKE! As an agent, you know of the problems that will face you. You know the challenges that have been and need to be overcome. Use your EVOKE powers, initiative and most importantly, innovation as the greatest tools in your arsenal. Good luck agents. There stands much in your path.
"The longest journey starts with a single step" - Proverb
Mission 1:
Waterborne…
Continue

2020. Five years since women were uplifted onto the same social level and status as men. The lives of millions of women around the world have certainly changed. As international law to all, everyone is entitled to a right to gender equality in every country. In places where women weren't even allowed a basic education, they have been giving job and leadership opportunites.
The lives of women across the world have changed forever; elevated to the same social and economical…
Continue

The final task of the evokations will see the end of the first successful season of EVOKE. About halfway through, things were already changing and adapting for the better. The leader board changed completely into a leader cloud - much more effective. But what's going to happen next? What should happen? We have covered a lot in this season, yet there is still much more to be done.
I think an aspect EVOKE still has to cover is education. This is an important mission…
Continue

EVOKE In A Nutshell

Where to begin?! Well lets start at the beginning: EVOKE is a crash course in changing the world. It's a network of social innovators putting their minds and initiative together to create solutions for the future problems of the world we live in. Every week features new challenges: a learn, act and imagine mission on a given problem. Once completed, fellow EVOKE agents have the chance to learn from others and form valuable alliances. The goal is to take note of our planet, knowing that the… Continue

This was a great mission which allowed me to gather more information about what people thought about Urban Resilience in my area (Rondebosch, Cape Town). I went about talking to the people in my community, and asking them what they thought of things like Cape Towns adaptive capacity, and what they knew of Cape Town's resilience setup.
About 90% of them thought that Cape Town had very minimal adaptive capacity. They often refered to how poorly our Xenophobic violence (…
Continue

It's 2011 and the Bird Flu virus has been spreading uncontrollably. Worryingly, the virus has arrived in South Africa already. Migrating birds have brought with them a dangerous disease. All over the world, EVOKE agents have set into motion their dark sites that have been anticipating such a disaster. It's going to need more than dark sites to combat the pandemic though.
In December 2010, a cure was found. The vaccine was discovered by chance in a lab at the University of…
Continue

Empowering Women - Contributing to an Initiative

Reid, your post on empowering Malawian women is an inspiration. Living in Africa, I feel that this task has to revolve around African women. I feel that Africa has many problems, but that lack women empowerment shouldn't be one of them. Your story on helping struggling Malawian women is admirable! It makes me feel proud to have worked with you on some projects!
This act has been made easy. I know that the initiative Reid donated to had minimal donations, so I feel the urge…
Continue

My dark site is in preparation of a bird flu pandemic.
You can find my site here: http://birdflusupprt.webs.com/
Screens:… 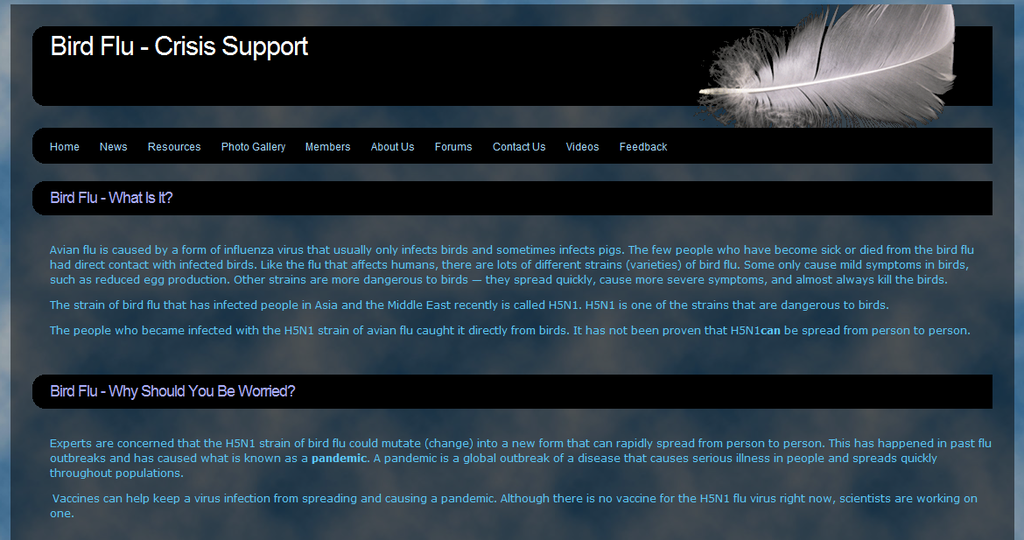 I feel that the journalism that goes on during a pandemic is an important thing to take note of. I'm sorry to all you journalists that are out there but I feel that during a time when people need to be helping each other and pulling together, journalists, motivated by self-interest, tend to focus solely on breaking stories and covering outrage.
Often though, as the crisis increase and become more worrying, journalists tend to cover the pandemic in an over-reassuring manner.…
Continue

1st of April 2020. Abu Dhabi has been experimenting with local currencies for the last five years and has finally hit the jackpot. A fully establish local currency, with the headquarters in the middle of the booming metropolis.
Abu Dhabi has pointed the way forward for nations across the world. Many communities are following suite. It's still experiencing it's expected teething issues but the important thing is that the people have "bought" into it. The future of money has…
Continue

The Future Of Money - My Transaction

An interesting mission. My use of an alternative currency was done in collaboration with agent Paul Freund (I'm sure he'll make a similar post). We had been speaking about an international currency and both felt, that even though it would be unbelievably difficult to implement, that it would be the brightest possible future of money available. We decided to conduct a small amount of economic transactions using something apart from money as our currency.
We agreed on using…
Continue

Leonie Joubert. A water visionary who has done much work in South Africa. She is the author of "Scorched" and "Boiling Point". These books deal with South Africa's rapidly increasing climate issues - one of them being water. She is a social innovator who is doing her best in razing awareness and combating our problems.
I feel the best way I can help her is by promoting her books. I've taken inspiration from fellow agent Reid Falconer and his bold ventures with promoting…
Continue

Ushahidi - A Social Problem Cape Town Might Face In The Future

Xenophobia. It struck South Africa in 2007/2008 last year. I wrote an article summarizing the "event". This was done in collaboration with Reid (again!) and Ethan Gray. I have posted the article and can be found here: http://www.urgentevoke.com/profiles/blogs/xenophobia-and-illegal. The xenophobic outbreak was a crisis (to say the least!). Ushahidi was in place, it's just that nobody had heard of it, so it really… Continue

Just an article, Reid, Ethan and I wrote at the end of last year. It just deals with the xenophobic issues South Africa was facing.

The Bushmen of South Africa. A culture that has been resisting the modern world of today. A culture that still thrives in parts of South Africa, yet sadly, the culture of the Bushmen is a dying one. Years ago though, they thrived in the land that I now know as home. The Bushmen are hunter gatherers. They lived nomad lives. The Bushmen are part of our heritage, but what they are known most for, what makes their culture such a gem, is their paintings.
I have seen many…
Continue

An awesome imagine mission! Probably just as great as the Imagine World Water Day 2020 one! I wanted to focus my map on Cape Town's renewable energy plans (Cape Town is working towards renewable energy even now!), Ushahidi, agriculture and reforesting.
Here is my 2020 map of Cape Town: 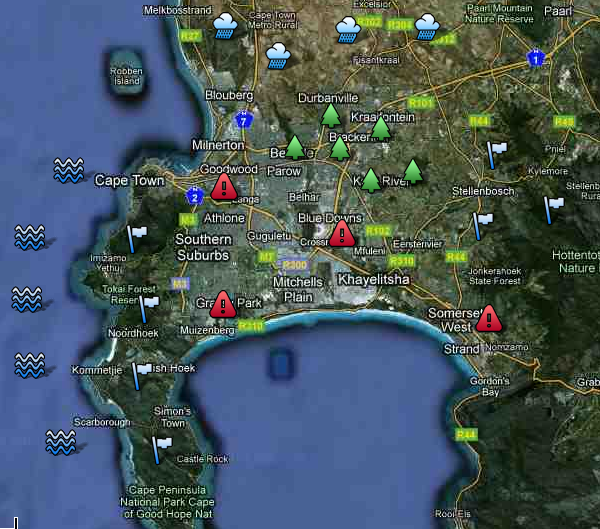 The features on my map:…