I had to write a paper about the Evoke network for university. I'm sorry that it is only written in German but it was much easier for me.

Learn 9 - Managing panic in a pandemic

I choose "Managing panic in a pandemic".

It think the meaning of the word panic is a big factor. The word is often used but most of the time there is no panic.

But what is a panic?

For The Nieman Guide panic means that it is a loss of social order and a internal order. In critical situations people often running around and doing what they believe is self-protective. So this might not be a social order but also not be a panic.

For me, everybody speaks… Continue

I picked the case study of the santaca pilot project in Matutuíne in Mozambique.

Here are some extracs of this study:

The project is located in Matutuíne District, Maputo Province in the south region of Mozambique. The project emphasizes mainly forest management for fuelwood production, however it deals also with soil and water management related to agricultural development, towards a better… Continue

Here is the link to my Map. 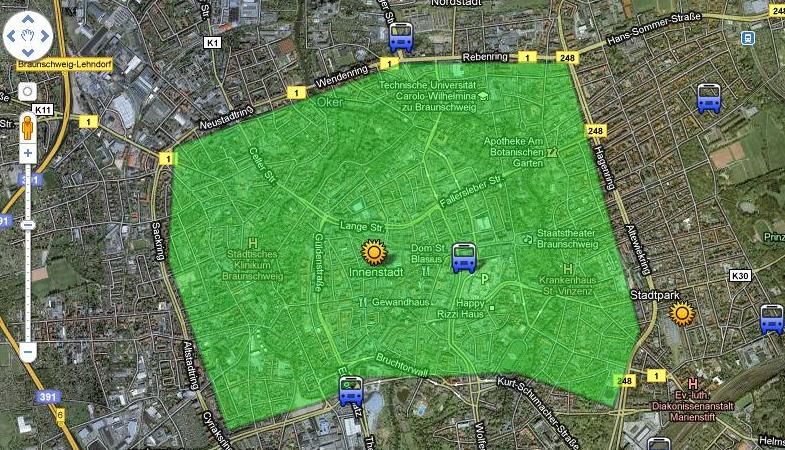 Because of the climate change in the past years it was sometimes very dry in the summer month, so the problem of forest fires will rise in the future.

Here in Germany we have the so called "FireWatch" (Link), it's a system with optical sensors which works with a smoke detection software so that a fire can be already detected in the development stage. It can detect smoke from a distance of nearly 15 km.

So this system… Continue

I decided to donate 10$ to this project. It not just helps the women in having the opportunity to play soccer, it also helps to prevent HIV and supports a better education.

Here are some photos:… I find it difficult so say this in words, so i find some videos about the rights for women in the so called "Southern Core" region (South America). They are doing some interesting projects to help women standing on their own feeds.

I decided to go to kickstarter.com and donate some money for an interesting project.

And here it is:
Veggie Island

It think it is a great way to for the community to get fresh and healthy food. Something that many people in the USA do not know unfortunately. Many only know the restaurant with a big M. It is also very important for kids to get fresh vegetables, so i think… Continue

Most of the energy will come from sustainable energys like solar, wind craft or geothermal. The big solar plant park in the desert of the sahara in north africa is just a few… Continue

I think the best way to warm water on a very sustainable way is to install a solar thermal plant on the top of their own house or on appartment buildings.

It is the best way to get warm water from the energy of the sun. Unfortunately, one problem is that… Continue

This is a very interesting and on the other side a very difficult issue i think. First i found a video about local currencies:

And now the questions are: How should we solve this problem? Will there be a chance to invent a global new currency which has a social component or which concentrates more on the exchange of goods than making profit? Or should… Continue

I will be having a little barbecue with my wife, my three kids and the grandparents. We are sitting in the garden of our estate and eating fresh salats and grilled meat, which we bought from a local butcher, who get their meat from local farmers.

We are enjoing the warm and great weather and having a lot of fun. Another great event is happening today: Germany has switched off its last nuclear power station.

I found an interesting technique which is used in Africa: Sand dams.

Here is a short video where a lot is explained, this is very interesting.

I had never heard of this before, so i was really surprised that this is working and can help many people in Africa to get clean water.…

I found Harish Hande from Bangalore who has set up a company called Selco which supplies many people with solar energy.

I found this interesting video:

I think this is a great way to help poor people getting power. But not only power by the way, it's sustainable power. So it protects the environment. So like he said in the video, he can kill… Continue

I think it can be helpful to create a partnership with local farmers. I think everybody can benefit of that, because the customer knows from where the food is coming and he can drive to the farmer to…

I think it can be helpful to create a partnership with local farmers. I think everybody can benefit of that, because the customer knows from where the food is coming and he can drive to the farmer to see if everything is fine. And you can also create a personal relationship with the farmer.

So you can get must of your needs from local companies (farmers), but doesn't that mean the end of the globalization? No i think it only makes sense to get fresh foods, like vegetables or fruits… Continue

First of all, here in Germany is no really food insecurity. That many supermarkets has to throw food away because the best-before day is near should say anything. So the problem right now is not the…

First of all, here in Germany is no really food insecurity. That many supermarkets has to throw food away because the best-before day is near should say anything.

So the problem right now is not the insecurity because you can get, for example, cornflakes in many different ways, beside that no own really need that.

But a problem in the near future can be the fact that more and more people have the problem of hunger. By the way, this problem is of course not as big as it is… Continue

In 2020 i will be working for a big company or maybe i will start my own business. Right now i have one son, so i think in 2020 there will be probably two or three. Germany does not have any nuclear …

In 2020 i will be working for a big company or maybe i will start my own business. Right now i have one son, so i think in 2020 there will be probably two or three. Germany does not have any nuclear power stations but France has built 20 more. The problems in Africa are unfortunately not solved because the european politics don't really want it. Continue

I choose Erik Hersman, founder of AfriGadget, because it is great to see that people in Africa can solve their problems on "their" way and that they don't need a lot of money for that.

I choose Erik Hersman, founder of AfriGadget, because it is great to see that people in Africa can solve their problems on "their" way and that they don't need a lot of money for that. Continue

I think it is very important to travel to those regions who have specific problems in order to get the real "feeling" of the problem and the culture of that country or their people and not only see it on pictures or on tv. If you do so than there are great chances to solve the problems. Continue