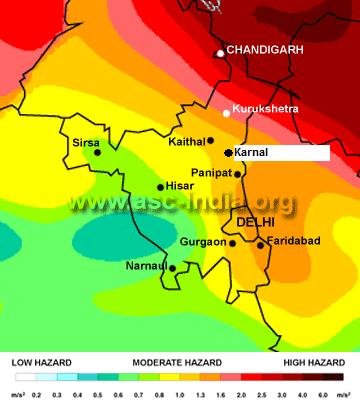 Sprots used as a tool to empowerment girls in Afghanistan

On the occasion of International Women’s Day last month, UNICEF, the Bamyan Provincial Department of Women's Affairs and the local Youth Information and Contact Centre (YICC) joined forces to promote girls' empowerment through sport – by organizing an all-female football match.


UNICEF and the YICC have created a girls’ volleyball, hockey and football team – the latter has 16 members and is affiliated with the Afghanistan Football Federation – with the goal of engaging girls in community…

I was really scratching my head for something real to comply ACT5. Just at that moment, Ramu, our mobile green grocer owner rang the door bell. He sells vegetables to the door step of this locality He grows a part of vegetables that he sells from the small piece of land that he owns in nearby village. I enquired about the variety that he is using presently. These are mainly local varieties with…

CES money is public domain money. It is not 'owned' or controlled by anyone and as such belongs to the commons.

It is 'created' by the traders who use it, not by a third party outside the circuit of buyers and sellers (banks) who do so for their own parasitic gain.

Guidelines for groundwater suitability for irrigation

Some of my friends wanted to know about ground water quality. Groundwater quality is grouped into seven cla**** based on electrical conductivity (EC), sodium adsorption ratio (SAR) and residual sodium carbonate (RSC) and the guidelines for suitability of irrigation are given…

Micronutrient deficiency and restricted bioavailability not only lead to poor growth and yield, but also affects human being who consume diet low in Fe and Zn. More than 3 billion people worldwide suffer from Fe and Zn deficiency and this is wide spread in those areas where population rely…

How to minimize wastewater?

The most appropriate technique to minimize the wastewater is to segregate wastewater according to its quality. Segregation of gray water and reduced size of the flush cisterns could reduce the wastewater volume in the domestic sector to a manageable… Continue

The principal way of carbon storage in soil is through formation of soil organic matter. Soil organic matter is a complex mixture of carbon compounds consisting of decomposed plant and animal tissues, microbial biomass and carbon associated…

Compartmentalization of ideas will only weaken EVOKE

I have seen a danger of forming groups within EVOKE. I got one response from my fellow EVOKER to stop sending message about blogs written outside their own group(?). The mistake(?) from my side occurred when I replied to all in response to one of my INBOX message. Well, I must admit…

How to sustain the tree plantation drive?

One of my fellows EVOKER replied in response to two of my blog posts about agroforestry who will pay for survival of trees planted in system. I…

Food sovereignty- How to achieve?


This is a subject that I held to the core of my heart and hence I thought of taking this issue up today. Food sovereignty depends on many factors. Firstly,…

Power is the issue
That scratch many a head,
Power is wanting
How can I go to bed?
Power to be tapped
From sun and the sea,
From electromagnetic waves
And from tree-
Power to be harnessed
From the cosmic ray;
I promise to keep
Power crisis at bay,
For future generation
I'll connect the power way.

For laying out the fruit based multi-tier cropping system, suitable crop combinations should be decided based on the climatic and soil suitability, availability of irrigation facility and socio-economic requirements. For main crop, fruit…

The fruit based multi-tier cropping system is a self-sustainable system where solar energy can be harvested at different heights, soil resources can be efficiently used and cropping intensity is increased. The system consists of three main components viz. main crop, filler crop and inter crops which occupy three…

Multiple use of water- the need of the hour

Water is one of the most precious natural resources after soil and these two resources provide the foundation for food, nutritional and livelihood security. The declining per capita water availability coupled with degrading land and water resources pose serious challenge to humanity and underscore the need for protection and efficient management. Multiple use of water is one option which has the potential to meet future demand for increasing productivity in the long term.

The show must go on!

I remember the challenge

That was offered ten years back

"We have to change the way we value and use water"

No human life without water

"We shall not finally defeat Aids, Tuberculosis, Malaria, or any other Infectious diseases that plague the developing world, until we have also won the battle for Safe Drinking Water, Sanitation and Basic Health Care" Kofi Annan, United Nations.

There is no human life without water. “By means of water” says the Koran, “we give life to everything.”

Water scarcity is one of the…