The city of Detroit is facing a number of challenges. The city has a very high unemployment rate. Detroit has lost a lot of its population and thus its tax base has been seriously depleted. The public school system is in a shambles. Other big city problems such as crime, drugs etc., also exist. While the situation appears bleak, if not hopeless, there exists a possibility for the implementation of an Evoke which would address many of the above…

Sorry about being late with these posts, but a death in the family took priority over all else.

Even though the situation in Detroit is getting better, there still remains a financial crisis. With unemployment still in the double digits, many people are struggling to get by. There are two concepts I have found in my research that could help out in areas like Detroit.

Many people are doing business with large national banks. The national…

As mentioned in my learn 6 post I have sent out a facebook alert about the Lambi Fund.

Here is the link.

The goal of this mission was to find a news story on the womenwatch web site. While I was on this site I discovered something that I thought was of more import. The site contains a rather comprehensive sub site on the situation in Haiti. There are various topics on this site that have to do with reproductive health and harm reduction. Finding this site lead me to wonder if there were any…

From the Tool Box

As many of you are aware Amos Meeks and others have started a Makers Guild. I joined the guild a bit over a week ago. It has been decided that we are going to create a “Tool Box” page. This page will contain links for already existing technology. I am going to try to do a short “From the Tool Box” article each week which will be appropriate for each week’s topic. (Now watch TPB make world conflict next weeks topic. ;)…

2. I realize that tensions have been a bit high on this site lately, so I want everyone to understand that my next question is all in fun, but...

How the heck do I go about organizing a TOP SECRET event? Does one not cancel out the other?

In the months before March 24, 2020, strange videos will begin showing up on Youtube and other sites. Certain…

There are so many great organizations that are working at getting safe water to people that are in need, it is really hard to choose. However, I found one that is working in Haiti. The organization is called Clean Water for Haiti. I have sent in a donation to them with the following message.

To whom it may concern:

Before I start this post, allow a personal note. As Ben has welcomed a new life into this world, my family is at the other end of the life cycle. My presence will probably be spotty at best and my posts shorter than usual. My apologies.

Mission three learn was to seek out some innovators that are working at systems of clean water delivery. Again, as with energy I came up dry, (pun intended), when I was looking for…

In my community the spring always is a time for celebration. The dreary days of late winter are over, the days become longer and the sun rises more and more to the north. We have just past the celebration of Eostar and now look forward to Beltane. Among the younger members of the community Beltane does tend to get a bit randy, however most of us older folks just enjoy finally getting outside.

When the great recession began to wind down in 2014, a lot of people had already…

The third mission Act directive is to come up with an alternative method of powering something that we use on a daily basis. Below is essentially a repost of an idea I came up with during WWO. Enjoy!

The treadle is a very old method of producing rotary motion. It consists of nothing more than a foot pedal which is attached to a rod, which is in turn mounted to the outside of a wheel. As the pedal is moved back and forth, the wheel is forced into a rotary motion. Connect a belt…

Two energy innovators that I now follow and a question

After searching the web for what felt like hours, I was unable to find any individuals to follow. I have, however, found a couple of companies whose work is note worthy.

The first is a company called the Bloom Energy Corporation. The company is based in Sunnyvale, California. (As a side note, when I first looked at the location, I mistook the towns name as Sunnydale. I wondered if they were getting their energy from the Hellmouth. After…

Now that the ice is gone from the local lakes and rivers, the merry little group I belong to is beginning to think about spring launch. Some of us use a class of shanty barge called “Retreat”. The boats were designed by Wm. Atkin during WWII. As boats go, they are cheap to build and maintain. Tied up to a river bank, the boats provide us with a much needed getaway.

One of the things that really makes life on the…

As mentioned in an earlier post on this blog, the city of Detroit is making some gains in increasing the food security of its citizens. It was discovered that very little progress was evident, in at very least, the western suburbs. In every case, evidence was found showing that all of the cities and townships had a disaster recovery plan which covered terrorist activity, pandemics and natural… 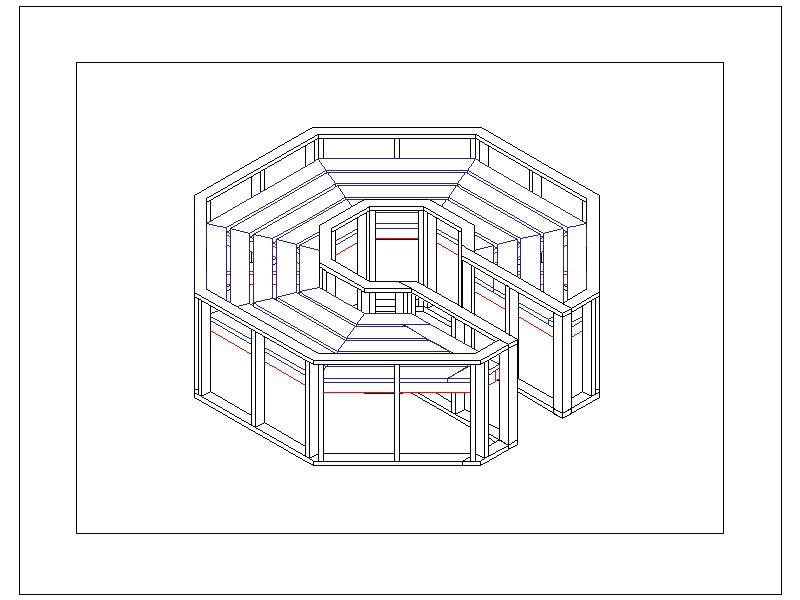 Before I get to my plan for increasing food security of the suburbs, some advance knowledge of Keyh*** gardening might be in order. As mentioned before the WWO experience did change the way that I look at the world. When I am surfing the net, I am always looking for ideas to add to my disaster recovery tool kit. Last year I discovered the Keyh*** garden.

Food Security in the Suburbs

Before I get to the subject allow me a short story. For those of you who do not know, Dr. Jane McGonigal was a lecturer at the TED conference this year. Here is a link to her talk. She points out that a lot of the participants who worked their way through WWO felt that their lives were changed. Driving to the ATM this afternoon, I drove past some McMansions and looked at their front lawns. All I could…

In ten years, I find myself living in a tiny house somewhere in the moutains of Pennsylvania. I am very close to a river where I paddle my kayak and occasionally do some overnight camping. I am part of an intentional community of social inovators who get it right.…

I know that the object of this mission is to find a person of import, one that is involved with changing the world, but I have many that I follow already.…

This mission asks us all to select one secret of social innovation. Hmmm... Just one? If I were forced I would probably select "Provide skills, not just finished technology".…