My five UEvoke Heroes, Part V: You already know who it is =)

OK, the series is over.

I wanted to finish mentioning the Agent who I consider contributed the most to EVOKE’s community, at least in quality, which is what matters.

This agent had a positive, productive, and epic win experience on EVOKE and it was only
due their human qualities.

I have to mention another female hero. You are all free to think of me as a helpless
feminist, I am going to be a gender activist (sometimes feminist, sometimes
maschilist) until we reach the required healthy balance.

Michele Baron, from Virginia (US) is my hero because she is the most tenacious Evoke
player of us all. Michele was ninged once on her… Continue

Agent Gilda Lorena is from Paraguay, she is my hero because she had the bright idea of
presenting a reflexive exercise, which consisted on an a****sment of the impact of
her “ACT#” objectives to her physical environment (what we still call “the real
world”).
Most likely… Continue

I will start writing about you guys, ATT: the order does not imply any preference oK?

My fellow agent Samiran Roy is a hero of this game because he managed to get everyone
involved in his “comes and goes”, I don’t know exactly how he does it, but we are always there, commenting his posts, participating of his polls.

Chris is an English teacher, he lives in Taipei (Taiwan) and he is my hero because he managed to get Evoke’s rules changed so that all Prize Categories are now Open to All
Ages. Chris did it in a neat way (no bloodshed); he also achieved this really fast (less that 12 hours, I was online witnessing the transformation). Isn’t… Continue

When you have a problem you can't solve on your own.....

Here it is, please let me know what you think. Thanks!… 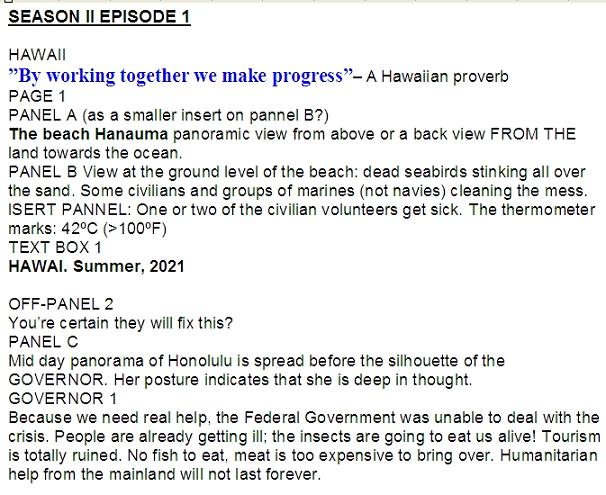 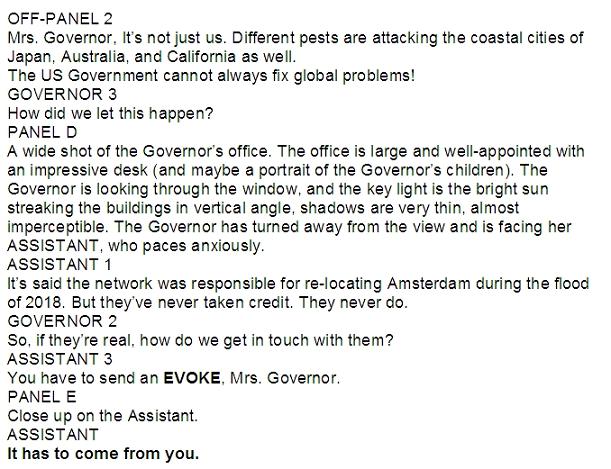 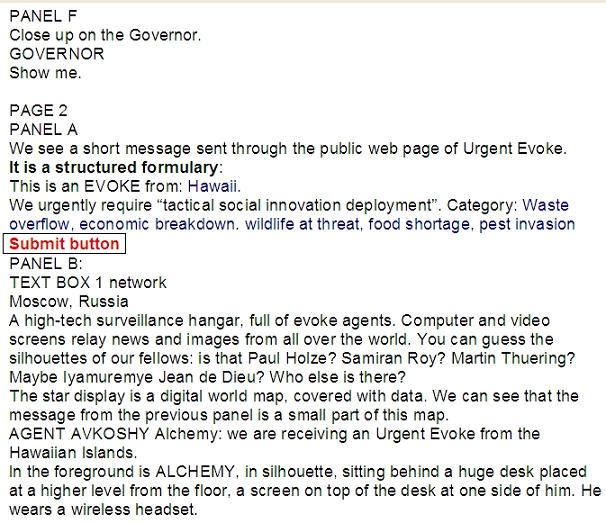 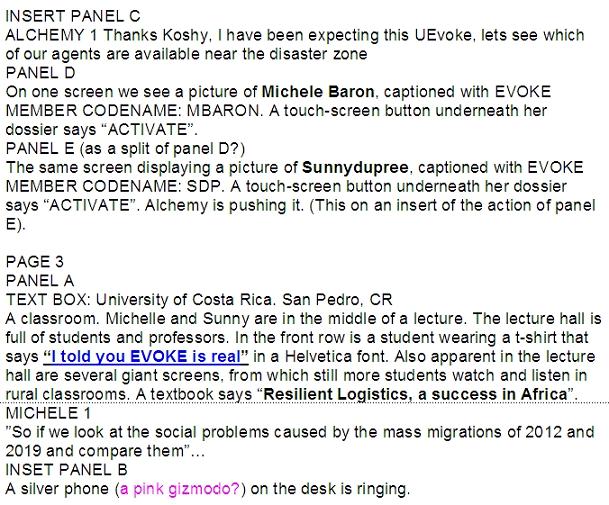 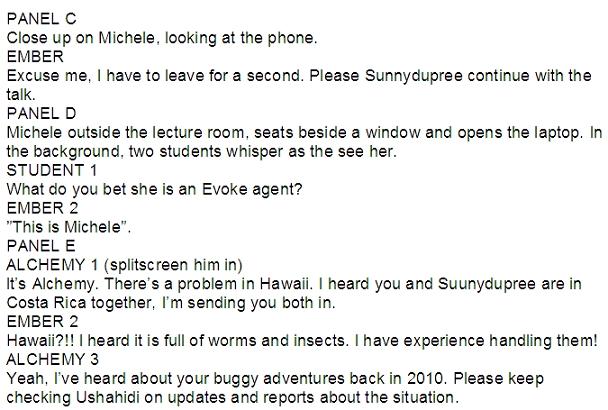 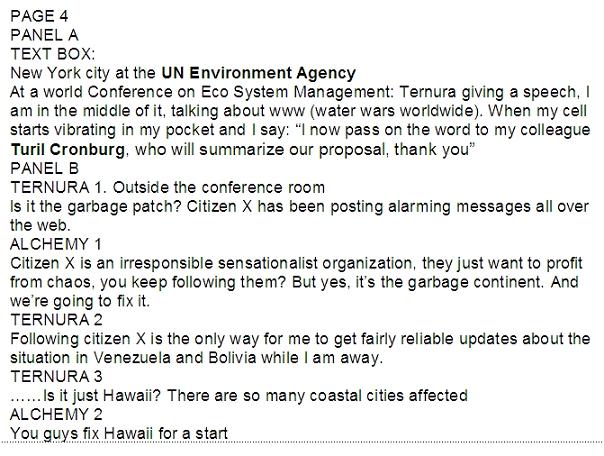 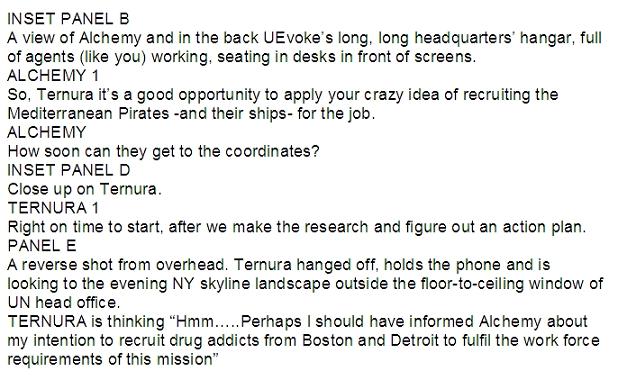 Hello fellow agents,
I want to share this page with you
http://www.facebook.com/pages/The-eco-wallet/95798146180… Continue

Summer in the Northern Hemisphere, 2020.

A realistic hope for a dinner in 10 years


I am about to enjoy dinner with my family. It is a special occasion, we want to celebrate last week’s victory: governments forming the ALCA (North-South America’s Free Trade Agreement) finally banned transgenic crops for good. This has its origin back in 2010 with a petition initiated in Canada:…

Hi all,
I did not take this idea from "Exhibit A" (33 secrets of social innovation) Because, I come from "the source of our concerns" and I have travelled all the way to the opposite shore of the western civilization, I think I am entitled to offer my own viewpoint.
I want to draw attention to an important subject that often arises in disscussions… Continue

Cochabamba - Bolivia, April 2020.
Here is the “resiliense map” of my city, reflecting 10 years of efforts by Development Managers, Businesses AND CITIZENS as part of the Socially-responsible City Planning Programme:… 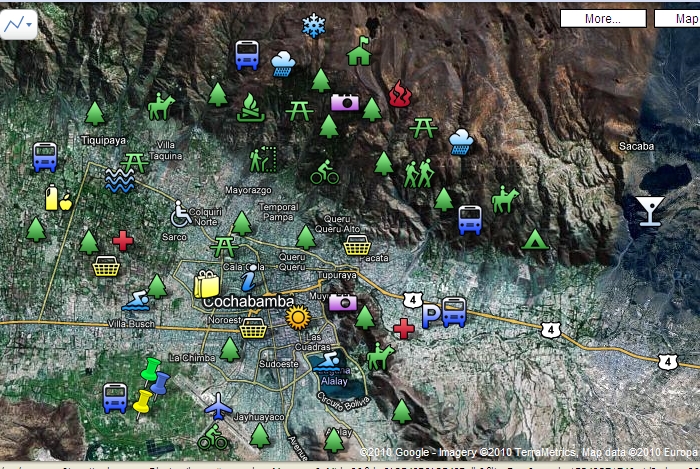 I IMAGINE myself counting on YOU for any crisis

Hi there,
it’s Mindy again. I was wondering if you could ask for 3 parrot flakes at your local e-coop
or at the nearest fair… Continue

What happens next on Urgent Evoke......

I will share my ideas answering Alchemy's questions below:

WHICH great challenges and social problems should the EVOKE Network tackle next?
Continue

LEARN 9: the Secrets of Crisis Communication

Mission 9’s assignment bears special importance for me, because I am a Pharmacist, this means that I would be in the frontline in case of any outbreak. I will have to be able to handle the situation. I will have to deal with my fear -well in advance- in order to be ready to offer support to the public. But this is not enough; I have to be aware of the health…

USHAHIDI: making sense out of violence in Bolivia

The most likely social disruption to happen in Cochabamba city, which the third in importance of my home country Bolivia on upcoming months are urban riots that will give raise to police riots and all this violence in consequence, most probably will result in a siege. All the process can occur in matter of 3-5 days, whereas, the…

Following the 6th Objective of Alchemy’s assignment I started a funding operation among my friends and family directed to help empower one girl or woman with better access to education or economic opportunity.

While talking to my people about the aim of the founding operation, I came acquainted that most of them were not able to understand the difference between giving money away for plain CHARITY to the third world and donating to support a… Continue

The community management success story from the The World Bank/WBI’s CBNRM Initiative that I herein “uncover” for mission 8 is entitled: “Raising Agricultural Production in the Hillside Zone of the Baños del Inca District” carried out in Perú (South America).

I chose this one because back in…

Following A V Koshy's initiative and authorization I would be very thankful if you help me to create the Bolivia UEvoke Directory.

Please, anyone who is in Uevoke, specially people who are currently living in Bolivia leave their name and email address at the bottom of this page in a comment…

DO NOT donate money if you know you can TRY HARDER

I am aware that Alchemy’s assignment for ACT6 consists on raising funds for improving access to education or economic growth. I tried that, it is reflected in my post about direct investment versus "Dead Aid" .

Nevertheless, I could not help bringing up the fact that donating money is usually the most
effortless resource that we all turn to when we need to… Continue