An indigenous secret. There are many things that qualify. How to survive in your area. A local resource. A culture, just waiting to be lost. But, wait.
Let's fast forward. Fifty years. A century. A millennium. Where will humanity be now? Will we have managed to preserve this earth? Will there be anyone still around? Will we have colonies on distant planets? What will have happened to our original, humble home? If you take the long view, this is the ultimate…
Continue

IMAGINE8: The evolution of Texas land and cities Introduction
It is the year 2094. I was born... I can't believe it, a century ago. The world has changed so much through my lifetime. I can now begin to imagine what my grandparents felt like—born before the first world war and living into the first decades of the 21st century. What a profound experience it is to see the world change before your eyes. New… Continue

ACT10: Tying it all together

It's been ten years since the EVOKE network has gone public. Many world events have gone by in the last ten years—from the first nation to be truly obliterated by global warming (Maldives declared utterly uninhabitable, 2022) to the first nation with ubiquitous gigabit network access (Finland; wired-2016, wireless-2025). The network has had some part in almost all of them. However, there are still many challenges to…

LEARN10: Peering into the future of EVOKE

Who? What? Where? Why? Always important questions.… 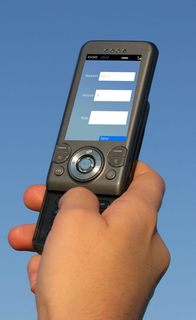 A city in west Africa is trying a radical experiment. What if we no longer had banks? What if there was no such thing as a checking account, a credit card, or a money order? What if all you had is your phone?
That's what's happening. A surprising portion—…
Continue

IMAGINE9: Who should you recruit? Everyone!

A pandemic is a frightening thing. Chaos and misinformation can run rampant. However, as we've established, those kinds of things can be prevented with some prior planning and preparation. Prepare a dark site and get your information ready. However, things can still go wrong. You still have emergencies on the ground. Your site might go down. What do you do then?
Recruit everyone you can find!…
Continue

When I saw the latest act mission, I jumped for joy. Finally, something I was actually moderately good at—programming. I was also intrigued by the special challenges that a dark site faces—it has to be able to be hammered by traffic, but yet stay readable, functional, and informative. So, what came out of all of that?
I just whipped up DarkBox, what I like to call a dark site in a box. It allows anyone to handle the creation of…
Continue

By far, my favorite secret was on "managing panic in a pandemic". Why? It has many applications besides pandemics or emergencies.
From what I got out of the text, when a pandemic happens, the main goal of managing panic is to spread the right information and perform "psychological first aid", basically reducing the level of panic in a…
Continue Unrelated to current missions, but I thought this would be something cool to share.
This is the ultimate in sustainability. The Jalalabad Fab Lab (nice name, right) has created WiFi broadcasting dishes from junk around Jalalabad. The dishes are around 70dBi @ 1KM, meaning that they're decently powerful.…
Continue

In August 1994, the Government of Senegal and United States Agency for International Development (USAID) launched the Community Based Natural Resources Management (CBNRM), a seven year 36 million US Dollar program with purpose of increasing the participation of the local communities and private…

Ushahidi as an urban information network

An extension of my thoughts from a comment here.…
Continue

Yes, I completed my IMAGINE before my ACT. What about it? :)
My map of a resilient Austin isn't complete yet. This is just a sketch. When more time frees up, I hope to translate it into a more readable digital form. If you can't decipher my handwriting, for now, you can look at Austin Energy's green building map and look at some of the initiatives that our city is…
Continue

I currently live in Austin, Texas. Austin is in many ways a unique city—we're one of the greenest cities in the United States. A significant portion of our power comes from nearby solar or wind installations. While Austin might be better off energywise, we are in no way invulnerable to the volatility of the modern city, especially in matters of food and water.
Have you ever heard the expression "If you don't like the weather in Texas, wait five minutes"? This holds doubly…
Continue

IMAGINE6: A message from Nepal

It's been a long and stressful day. I'm arriving home late, as usual, and I really could use something to cheer me up.
Just then, I hear my phone vibrate. I've got one new message. An update on the stream about Nepal.
I walk over to the computer and take a look. It's a news update from a partner in the area; new business loans are up 15% the last six months. The initial formation of the savings collective was met with some curiosity and…
Continue

Sudan is one of the most challenging countries in the world for human rights and stability. A tough government run by Omar al-Bashir, ethnic violence, enforced Islamic law, and hotbeds of military resistance. Not to mention Darfur. However, progress is being made and the first major Sudanese elections will be held in less than a week.
While it's good that significant progress is being made, it may seem that women's rights in Sudan have been thrown by the wayside. That is…
Continue

ACT5: Hey, haven't I done this before?

Yesterday, I visited a neighborhood Freecycle-style event. Everybody brought usable but unwanted items and we traded. I manage to get a nice old film camera and a cell phone from the deal. However, as I was there, I got to thinking—hey, haven't I done this before? On the internet, maybe?
We barter and trade without money far more often than we think, and the internet has just increased that. How often have you talked to someone and said, "Sure, I'll do X if you go and help…
Continue

The term and meaning of a Resource-Based Economy was originated by Jacque Fresco. It is a system in which all goods and services are available without the use of money, credits, barter or any other system of debt or servitude. All resources become the common heritage…

So, World Water Day? I can improve on that. Let's make it World Water Week.
Water is one of the world's most valuable resources and it's crucial that we try to conserve it as much as possible. While many people have that idea stuck somewhere in the back of their head, they rarely do much to act on it. So, how do you get the population to take notice of this and actually act on it?
Take a cue from EVOKE and turn it into a competitive game—with a…
Continue