This EVOKATION is dedicated to all of the amazing people I have had the privilege of connecting with and learning from here in the Philippines.…

"If you think you're too small to make a difference, then you haven't been to bed with a mosquito"

GOALS
To inspire, enable and empower our children so that they can lead the change we need to see in the world.
To transform education systems across the world so that EVOKE- activities are the focus
To provide opportunities for children, youth and adults… Continue

The all new EVOKE season TWO: Air Quality in Manila

For my episode of season two, I have used Alchemy's template for the Food Security crisis as the basis of my script. I have decided to stick very closely to the format, mirroring the sequence of events and characters. The story, however, has shifted from Tokyo to Manila and the issue being tackled is Air Quality. The reason that I have decided to be so faithful to this script, and in some panels, replicate, word for word, some of the descriptions, is to reinforce the notion that this is a…

Emergency, Emergency: Calling all those who care!

At the start of this CRISIS NETWORKING MISSION, I highlighted the importance of coming to terms with uncertainty as a key secret of crisis communication (http://www.urgentevoke.com/profiles/blogs/coming-to-terms-with-2)
So, in the year 2011, when the next pandemic flu has reached my part of the world, and I need to reach out and organize one group of people online to do…
Continue

A visit to the Talaandig tribe in central mindanao 68 years ago, not only enriched my understanding of the importance of Indigenous wisdom, but it also solidified my vision for living. There was one painting in particular that really stuck in my mind. One vision, painted in soil by an artist named Soiaman, that left an indelible impression. It essentially depicts the interconnectedness of all things. We humans are fortunate enough to reside on a vast expanse of earth for a short while,… Continue

By 2020, thousands of children across the city of Manila will have been inspired, enabled and empowered. They will have been key players in the development of its urban resilience. Through work in community gardens, seed bombing, roof garden designing, nutrition modeling, renewable energy technology development and community collaboration, they will have redefined the city with these new sustainable perimeters: 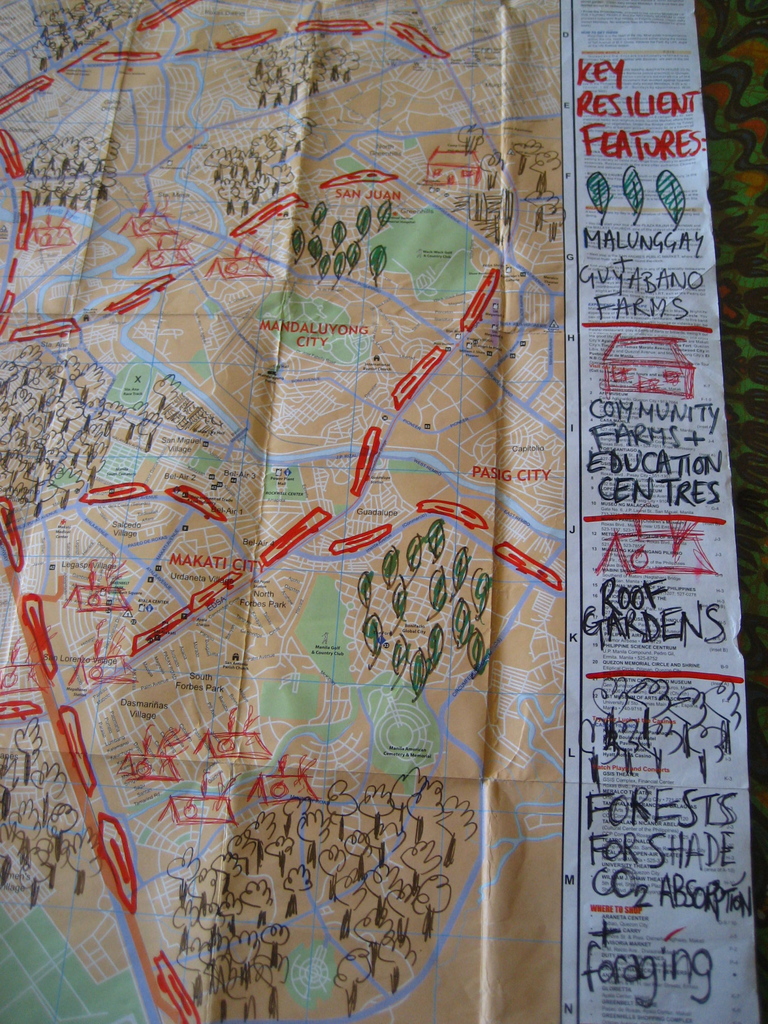 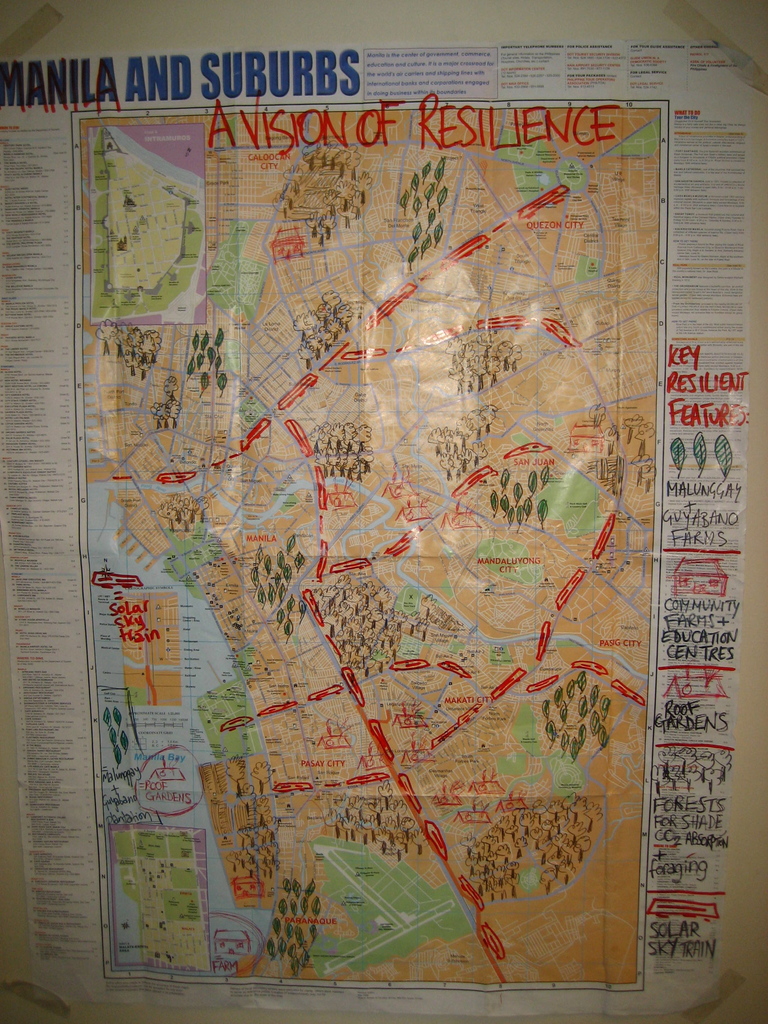 I have set up a groupsite in the event that another Typhoon hits Manila. We had one such crisis back in September, 2009 and I think aid efforts could have been much better coordinated had there been something like this in existence.…

Peace and Interconnectedness: Sacred knowledge held in a sacred jar 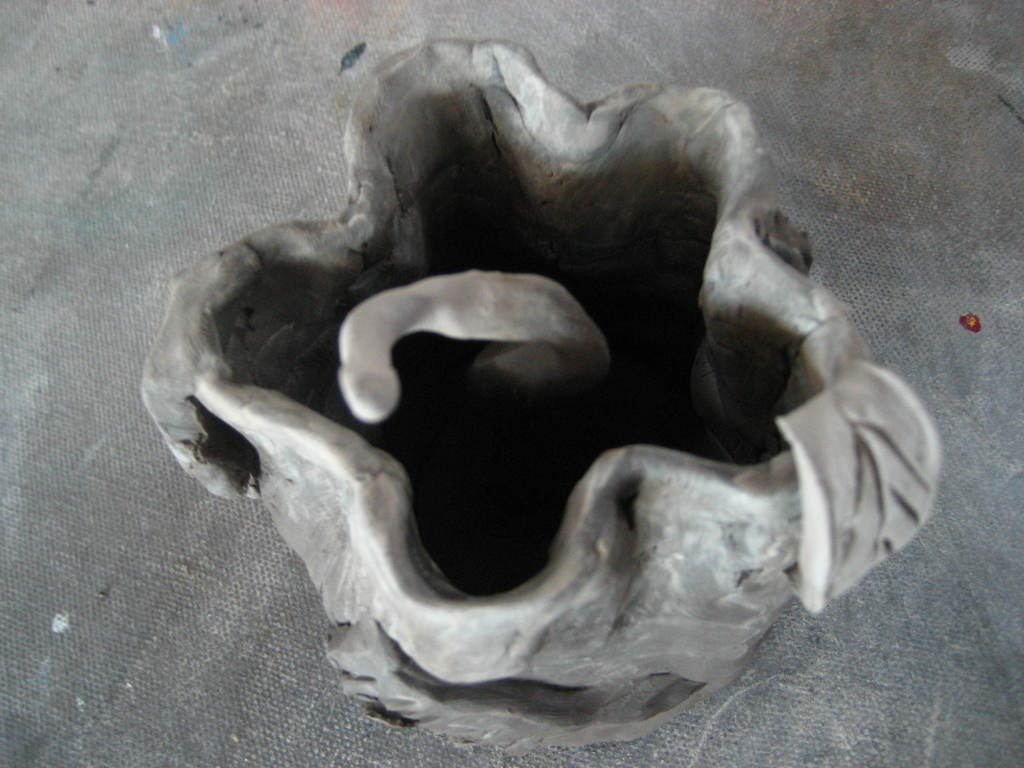 Coming to terms with Uncertainty in our Literature Class.

This could well be the title of my IB English class.
As a literature teacher, I take advantage of the wealth of texts at my fingertips to probe this very concept.
It is my priority.
On my classroom wall there is a poster that reads:

EMBRACE AMBIGUITY.
The world is grey and that's okay.

This is a difficult concept for teenagers to grasp. But an important one. …

What'll be new in season two?

Life in Tondo ten years on...

I've just got back from my weekly class in the business department at the International School. The school opens its doors, once a week, to social entrepreneurs like myself. Providing full financial backing to members of the community like me (yes! we are considered as part of the community now.. amazing, no?) My class comprises of women who work with their hands, who have learned and trained in local NGOs and are now in a position to move back to the province to open their own sustainable… Continue

We love acronyms here in the Philippines.
FYI, the ISKP in the quote above stands for 'Indigenous Knowledge System and Practices'.

Coming together to build urban resilience through our children

Whilst seeking to uncover Manila's secret resilience plan, I soon realized that we don't really have one. This didn't come as much of a surprise, to be honest. The damage caused by Typhoon Milenyo a few years back and Ondoy only last year is still fresh in my memory and at present, as we count down to elections, we are reminded, on a daily basis, of our government's inadequacies, how the city is falling short in all kinds of… Continue

Let's have a LifeStraw party!

This is how I would celebrate World Water Day in 2020.
One of my students told me about the LifeStraw yesterday. I learn a lot from my students. Actually, I learn the most from them.
"It's a straw that you can actually stick into the toilet bowl and it filters your water making it potable, on the spot!"
Seriously?
Seriously.
How cool is that?
Very.
After reading up on this wonderful…
Continue

Resilience in the event of a Solar Storm?

George Monbiot is my favourite environmentalist. He writes for The Guardian and states his opinions in a matter-of-fact, no nonsense manner. I have been pondering urban resilience for several days now and Monbiot's a****sment of the situation in Europe at the moment, published on April 19 (www.monbiot.com/archives/2010/04/20/an-eruption-of-reality/) has finally stimulated me to tackle this mission. It really… Continue

WomenWatch in our World Literature Classroom

I share many things with my students. And EVOKE is no exception. In fact, I have been actively encouraging them to join the network because I really believe that this is a powerful platform for collaboration and one that sparks not only inspiration but hope. Hope that more people, in more countries will commit to living more sustainable lives to... ensure a more just and more sustainable future for everyone.
Last week I asked my students to complete this mission with…
Continue

The future of money is Trash.
Welcome to my bank of the future...
After having lived in Manila for 6 years, one of the many things that I have come to learn is that trash is currency. This is true for millions of people here and I think that this could be true for many more, across the world, in the future.
I have a dream... that one day in the not too distant future, we stop producing more stuff. We just stop. And this goes for money too. If we stop…
Continue

I have been putting off this mission for a while. Why? Money turns me off.
I've been working full time for about 9 years now and I am starting to acc**ulate quite a bit.
A couple of years ago, seeing the figures mount up on our bank statement, my husband and I panicked, thought we ought to do what other adults did, and saw a financial advisor. Two rushed decisions were made that day. One resulted in us losing a wh*** lot of cash for a couple of years (thanks to the icelandic…
Continue

Instead of giving money to those living way below the poverty line here in Manila, we give them our trash.
Not only do we segregate our trash into regular recycling bins, but we have special collection points for items with high value.
Here are our top 5 most valuable trash items that give hundreds of women salaries.
Plastic bags
Ring pulls
Glossy magazines
Tetrapaks
Toothpaste tubes
Tarpaulin banners

Check out one of our ad campaigns here:… Continue

Empowering Women through trash: A story from Manila

Trash is something we have plenty of here in Manila.
Through an exciting new partnership with our solid waste management company, this year, have been able to support some of the poorest communities in the city through disposing our trash responsibly. Students are starting to understand that their trash really is someone else's treasure.

Essentially, we are empowering women to sew their way out of poverty.
See my photo story of our… Continue