2020 Farming and Food and problems

I have been looking at the idea of farming and food and food security for 2020. I see some things and I don’t see some. I have not studied farming before. I always thought I would like to learn agriculture science and try to help develop things that would help the world. My ideas range from using things from SCI FI like Dune’s Dew Collectors to squeeze moisture from the air, to today’s efforts to make land arable. So let me try to tell a story about 2020 farm.

Abraham wakes up to the alarm at 4:00 AM. He reaches over to his nightstand picks up his PDA and gets up to the second weather conditions, air and moisture counts, and soil temperatures for each section of his 1280 acre farm. At nearly 5200 square km (2 square miles, 5179997.44 meters, 488.86 hectare (Average 1.6 to 8.6 Metric Tons of Maize per hectare depending on country development (According to FAO data, the area planted to maize in West and Central Africa alone increased from 3.2 million in 1961 to 8.9 million in 2005. This phenomenal expansion of the land area devoted to maize resulted in increased production from 2.4 million metric tonnes in 1961 to 10.6 million metric tonnes in 2005. While the average yield of maize in developed countries can reach up to 8.6 tonnes per hectare, production per hectare is still very low (1.3 tonnes per hectare))). His farm is one of the smaller ones for his area. Getting out of bed he gets dressed and then he grabs a breakfast drink and cup of coffee on his way out the door. He remembers the days when a shower was part of the morning ritual but with the water scarcity in the world today he knows that the plants needs it more than he does. His land is new arable farm land. The land that Abraham’s farm is on was once very poor and nothing would grow on it. 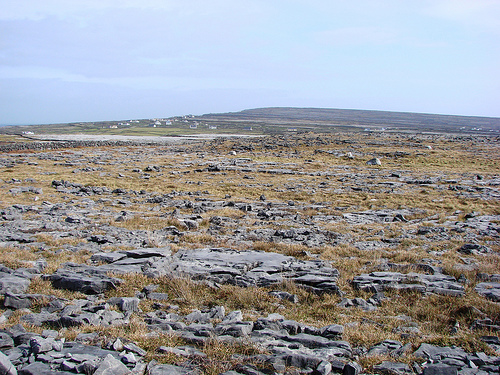 However with seaweed and sand they were able to make the once non arable land arable. 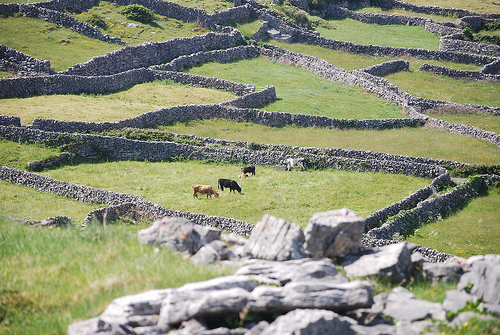 Abraham notices that his Master Manager Application Program (MMAP) that organizes and prioritizes all the wireless devices and vehicles on the farm is reporting a field instrument failure. He can’t get a report from a quarter of his farm. One of the receivers that collect’s the data from the ground instrument spikes is not operational. He is praying that it is a quick fix maybe a reboot of the computer. His farm is operated through many little wireless devices. Some of them measure soil temperature. Some measure the soil moisture. Others instruments measure soil nutrients a lot of his devices has been converted to single housed units combining all devices into one package but with many instruments all over his land there is a lot that has not yet been replaced. His information comes through the MMAP which sends out the drones and bots to the places on the farm to add nutrient or even to water areas.

Water is scarce and all he has usually goes to the crops. His family and human overseers have been practicing water recycling for 1 year now. Everything gets recycled from the human waste. Everything gets scrubbed and cleaned and sanitized today. The water he used in his coffee this morning was probably part water from human waste last week he lives off the waste of his neighbor. The solid of the waste is broken down with chemicals to be used for fertilizer. Recycle everything that’s the motto these days. Not everyone can afford to get Drinkable Desalinated Water from the Sea these days. The wh*** planet has 8 and a half billion people and in 2020, that’s a lot, Abraham thinks to himself. He was talking with David about it the other day. David operates an animal farm on the other side of the world. About 5 years ago they had the first in a series of water crisis’s that was felt world wide. People just had to do something quickly and all the long term fixes cost more human lives than the bloody way did. Water was scarce, so animals died. Wh*** species’ went extinct in a month. No one in his area is allowed to keep animals of any kind period. Animals need water which is also needed for the plants and for humans. It was the only way to go on short notice. We on earth were not prepared for that kind of want. The wh*** continent dang near dried up from the droughts.

They are talking these days that the new Mega Building that they are starting to build in The Big City is going to be more and more the norm by 2220. Wh*** cities will be housed in mega skyscraper buildings. The outside surfaces of the buildings will be big giant solar collectors. The building’s roofs are going to be great big giant plots of land made with dirt dug up from the sea floor that is going to be used for parks and trees. Eventually these buildings will spike into the earth and continue downwards and upwards as populations grow looking like great big giant batteries. Food will be grown mainly outside of the building the roofs will be for plants and trees and wealthy pretty water drinking things. Maybe even newly grown animals from the saved DNA stored in the New Age Noah’s Ark Building. That would be nice he hasn’t seen a dog in 2 years, Abraham thinks to himself, as he walks out to the quad that need attention praying he will find one of the overseers already there. How strange the world has become in recent years. Man started to grow up some people say. The birds are all gone David had said last night. Insects are a big threat to farms these days but Abraham just spent a fortune on a MMAP Controlled Mini Bot swarm, called Humming Bird. It numbers a thousand, flying humming bird sized bots, each one Dragon Fly like with four wings. Each mini shreds bugs in mid air letting the bug fertilize the crop it once ate. Locust has been a problem lately wh*** crops disappeared over night in some countries. It took a swarm of 100,000 newly made Humming Birds to put an end to one such Locust invasion on the other side of the world.

As he gets closer and the sky starts to lighten Abraham can see that the wind turbine that generates power from the wind and houses the MMAP receiver for the Quad is not turning. He can see his overseer standing next to it as he tries to get it to reboot. The overseer closes the computer door harshly and kicks the wind turbine pole. Oh well Abraham thinks to himself he really didn’t need a shower this month. What ever was wrong was going to cost money.