Ojai has turned away from tourism to resilience. The Soule Park Golf Course has been turned into two Resilience Shelters and a huge farmer's market that has replaced the previously small one. The Ojai Valley Country Club has been tore down to make way for a Resilient Medical Center, used as a hospital, but specifically for times of emergency. Lastly a number of local organic farms have sprouted up around Ojai, increasing the amount of local food and the ability for Ojai to one day, sustain itself. 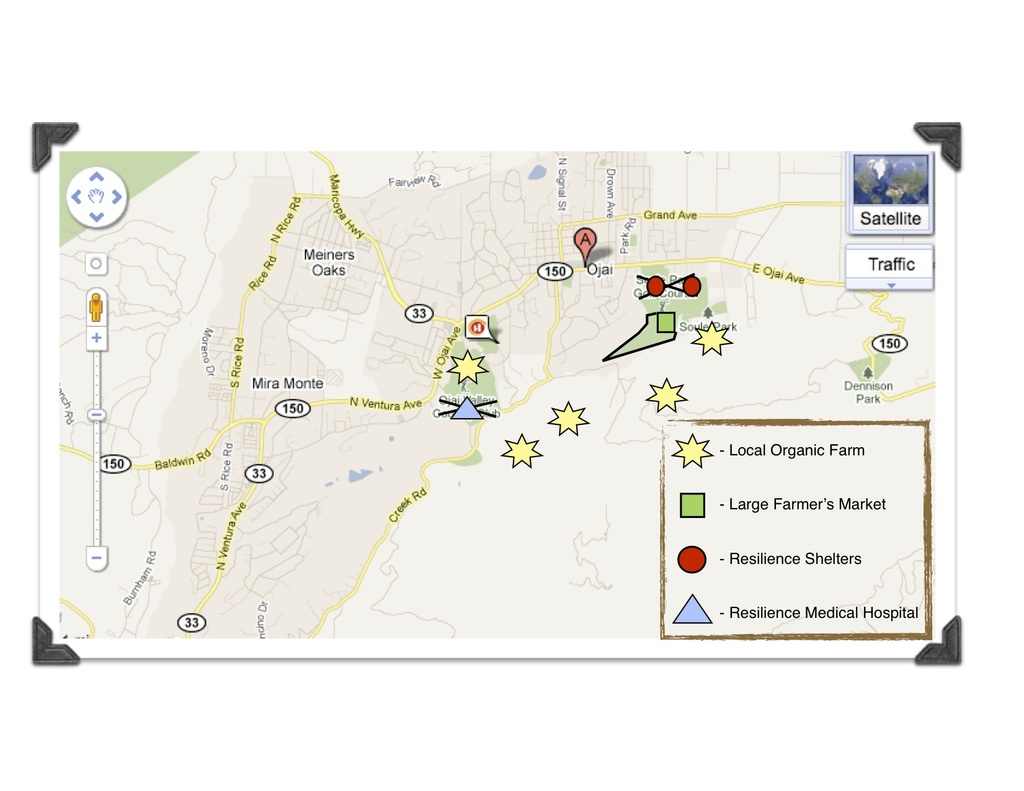