The "Deutsche Welthungerhilfe e. V" is a confessional and politically independent, non-profit-making and non-governmental aid organization for development cooperation and emergency aid.

In Germany in 1962, at the initiative of the then German President, Heinrich Lübke, a committee was founded, later to be renamed "Deutsche Welthungerhilfe". For over forty years, the vision of a world without hunger has linked them with partners in the north and south – with project partners in Africa, Asia and Latin America, with private supporters, voluntary helpers and donors, sponsors and partners in dialogue in Germany and elsewhere in Europe.

The "Welthungerhilfe" has set itself the target to eradicating poverty and hunger in the world. Based on the principle of "helping people to help themselves" she supports people in developing countries to lift themselves out of hunger and poverty.

International networking, as well as evolving projects are possible by the use of information and communication technologies. The people from around the world are able to cooperate and work together. http://www.welthungerhilfe.de/lebenslauf-duesseldorf2012.html 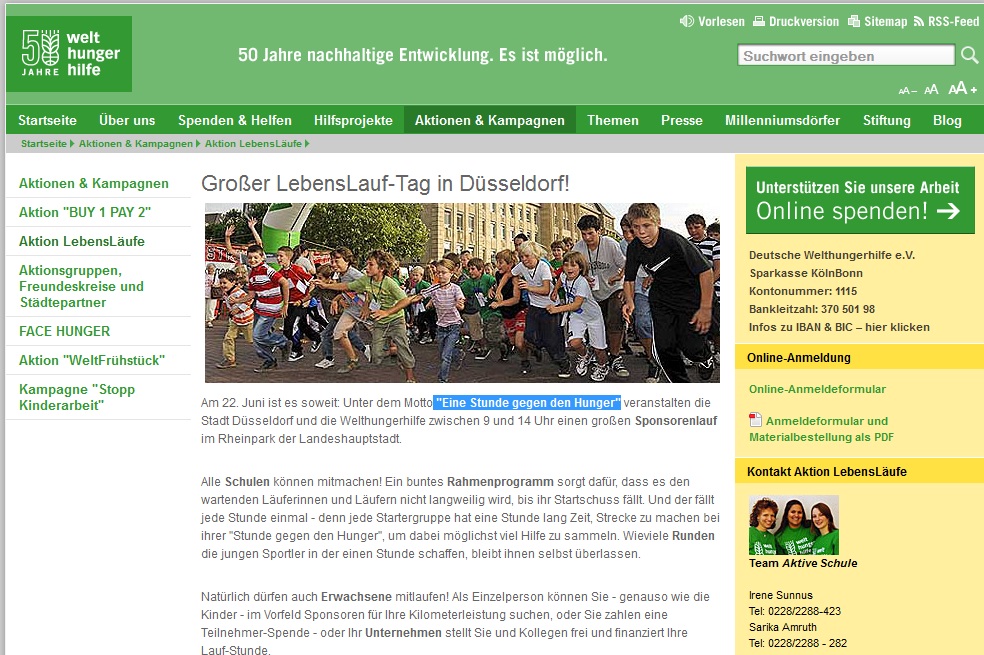 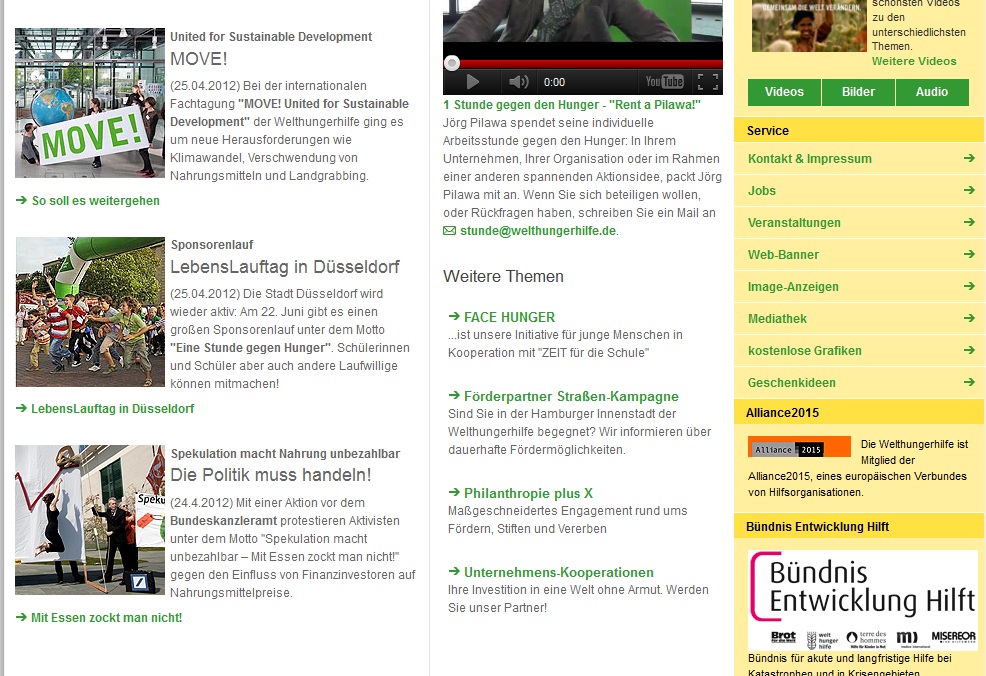