As a huge fan of soccer, I recently decided to start playing Fifa 11, the most recent soccer video game from EA Sports. Within Fifa 11 is an online add-on called Ultimate Team, where you can create a dream team of your favorite players, but to attain chemistry within the team, one must chose similarities between all players. Within the game their is an auction house, where players put their own players and consumables up for auction. The currency used are called coins and it is a new virtual currency have used. Although it's not a currency that can be used to buy anything, it mirrors many things from real currency. For instance, people buy low and sell high, inflation occurs and people sell at peak times when many people play. To put it simply, Economic tricks lead to wealth in Ultimate Team. This is basically a virtual version of E-Bay, so it doesn't give me too many ideas for the future of money, but the ability for people to sell teams, items and coins for actual money would be an interesting addition. 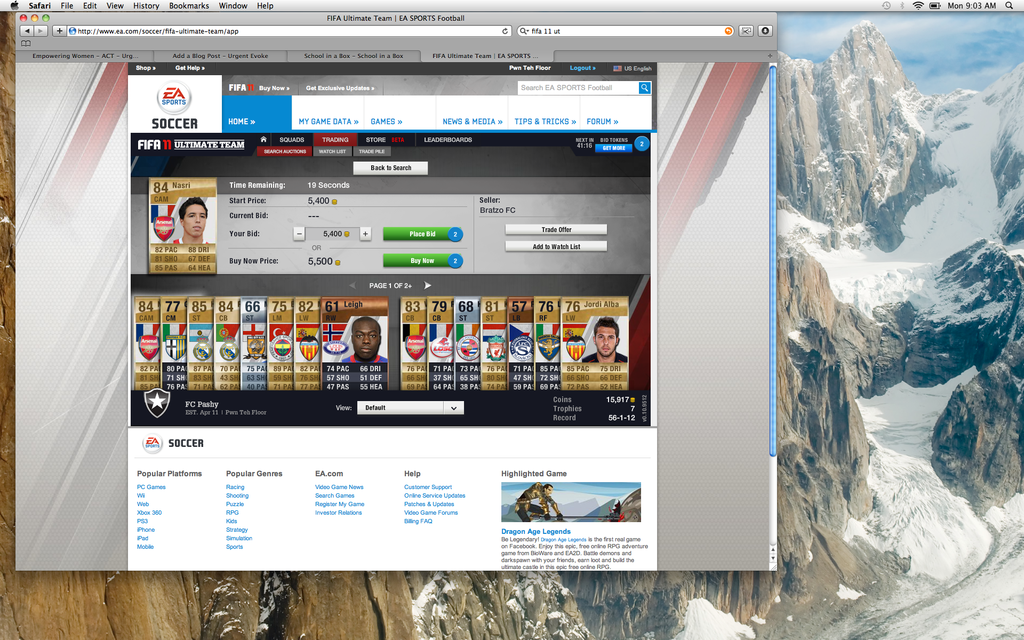