`Food Sovereignity` is frequently heard .Food sovereignity is defined as the right to have access food at any time and in any place.Today this word is becoming more popular in the worlds especially in the developing nation where the nation is unable to produce ample food to feed the citizen.This word is becoming more popular in many countries where there is not proper land utilization policy due to which certain groups of peoples are capable of producing foods for themselves where as the poors who do not have land to produce food required for themselves.Due to this type of imbalance,the poor nation like Nepal,Rwanda etc. are not able to achieve the millenium development goals where as in the other hands the daily conflicts in the society led by poors for the land is maing the Nepali society more unstable.This may be the story of many developing nation.

In the present context of climate change,this word is also becoming populars as there is the trend of decreasing the crop productivity in these nation.Due to climate change the poor nations are made more dependent upon the others for feeding the citizen of own.For example Nepal is importing 50,000 mt wheat from India this years to feed peoples.The reason for that is reported to be the declining productivity due to the soil erosion,drought etc.By importing such amounts of foods the country is sure to loose huge amount of money. 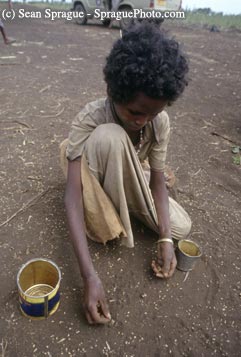 Comment by kevin Jones on March 7, 2010 at 4:53pm
I'm more familiar with the term food security