"The ILO (International Labour Organization) is the only tripartite U.N. agency with government, employer, and worker representatives. This tripartite structure makes the ILO a unique forum in which the governments and the social partners of the economy of its 183 Member States can freely and openly debate and elaborate labour standards and policies " (source)

According to new ILO estimations 21 million people across the world are trapped in jobs into which they were coerced and which they cannot leave. 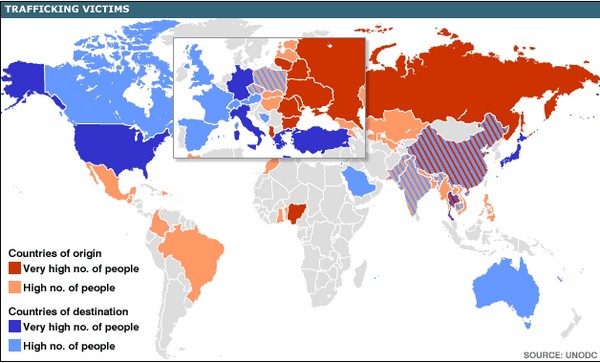 Since the mid-nineties, the global human trafficking has more than quadrupled. The profits from human trafficking are estimated up to 32 billion US dollars a year by ILO. The people, particularly women and children, are sold to forced labour or sexual slavery, organ donation or marriage: who pays, who will be supplied - sad but true. (source)

The following link shows many important organisations who fight to end human trafficking and modern slavery.