Ten years later, as conservation work continued in the older city areas, rebuilding projects had transformed many of the uglier parts of the city. New, energy-efficient buildings appeared and as the city's Mass Rail Transit system expanded, the number of cars on the road fell dramatically.

Taipei has always been at the mercy of natural disasters like earthquakes and typhoons. But flood control measures ensured that by the early 21st century, most people in the city looked on typhoon strikes as a welcome chance to take a day off work and stay at home, with the probability of some 'typhoon holiday' shopping as soon as the rain stopped. The deep flooding of the 1980s and '90s became little more than a folk memory.

Earthquakes remained a threat, but improved building codes and 'natural selection' ensured that the impact of all but the biggest quakes would be minimal for most people. All the same, emergency response teams were maintained and 'safe' areas such as parks were designated as emergency centres where supplies could be distributed and medical care could be found. Taiwanese teams continued to be deployed worldwide in the event of natural disasters, from Haiti in 2010 to Los Angeles for the big one of 2017, and India during the flooding of 2019.

Although the city became more green on the outside, the biggest change was the reusing of many old industrial buildings, and some office and residential space, for urban farming. Jobs were created, and a wh*** new industry grew up using super-efficient indoor agriculture methods that cut the city's reliance on imported foodstuffs by 50%. 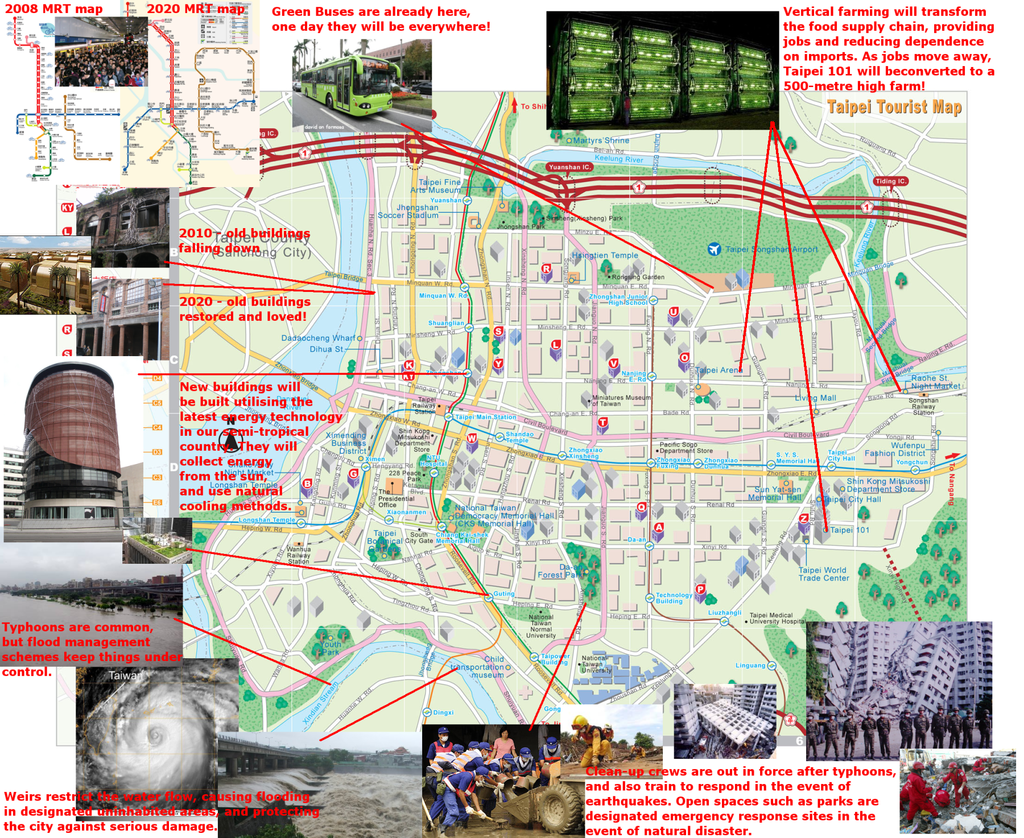 EDIT: Ooops, I finished this at 3am, and didn't realise I put the wrong MRT map in at the top. The system will be expanded to look like this: