The Resilience of Roletto

I live in a very small town of about 2000 inhabitants called Roletto, in the province of Turin, Italy. It is situated very near the alps, so its urban resilience does not involve the topics that the major cities have. (It doesn't even have a website, just to make you understand how small it is).
Since it has a deep contact with nature, the way that Roletto tries to increase its resilience is by mantaining its "green". So sometimes it organizes some social events in which the citizens willing to give a hand try to keep the environment clean by picking up garbage.
To be completely honest, practically all the citizens of my town already knew what the urban resilience of Roletto consisted of.
Anyway, I tried to spread the voice. For example, my neigbours knew about the events of keeping the environment clean, but were not really interested in participating in them.
My town has been promoting a separate collection of garbage, including organic garbage that is left to decompose in order to produce fertilizer for the fields. My neighbours did not have the special containor for this kind of garbage, so I convinced them to buy it, by telling them that they can benefit from it as well.
In conclusion, I strongly believe that my little town is making an excellent job in developing its resilience strategies. 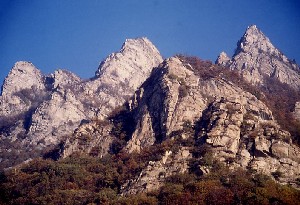 Comment by Ursula Kochanowsky on April 17, 2010 at 2:44pm
Your town looks idyllic. Mines simply the biggest small town in Florida.

Comment by Giuseppe Giovanni Calvi on April 19, 2010 at 4:29pm
yeah, you're right, I consider myself lucky... it's a beautiful place btw.