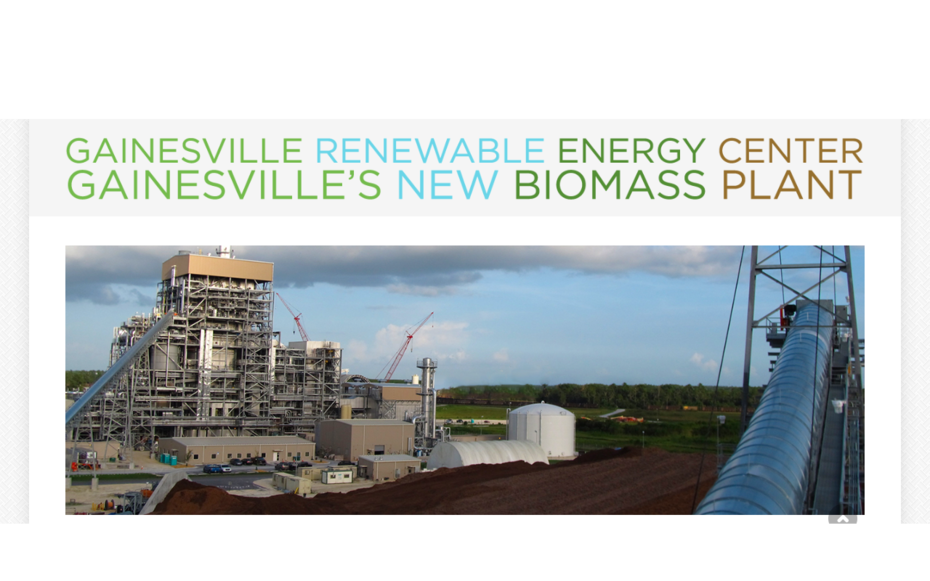 A potential option for an innovative alternative energy source is biomass power plants. Gainesville has its own biomass currently, however it is being operated at inefficients levels which cause it to be a fiscal drain on the county. However biomass represents a critical opportunity to harness the power of renewable energy that is unattached to any significant disadvantages.

Of course I did not design the concept of biomass energy, however I offer my own original design of how to operate the Gainesville Renewable Energy Center's biomass plant in such a manner that is productive towards its success.

Right not there is one major problem with the biomass plant that needs to ameliorated. This problem is the cost. Or more accurately the management of the cost. The situation is that none of the project managers are in agreement about about what the price of constructing the biomass plant should be or what the price of buying power or various other economic concerns of the project. My idea is to bring in technocrats whose expertise is in the realm of biomass energy to oversee the construction and operation. Currently the project is being overseen by three different types of people. One is members of the city commission who have no technical knowledge about such concerns. The second group of people is high level management of GRU who may have be somewhat introduced to the mechanics of power generation, however once again lack the specific skills to make a biomass plant successful. The last group who has say about costs is the company who was awarded the contract to build the plant. This is problematic because the one group who has a say over potential costs and has a technical knowledge of the operation of a biomass plant is the party who stands to make a profit from added or unnecessary costs. Therefore there have been countless contract changes throughout the process of construction and to prevent public scrutiny the procedural changes demanded by the biomass company have not been disclosed.

My design would be to create a small team of individuals with a technocratic knowledge of biomass energy who could be employed on a temporary basis to act as a regulatory agency. There are countless regulatory agencies established at a federal level of governance, so why not have the same at a local level? The price of the biomass plant has already raised several millions of dollars in price throughout the process of seeing the project come to fruition. It is possible that an independent regulatory body could eschew some of the more unneeded price modifications for a net savings.