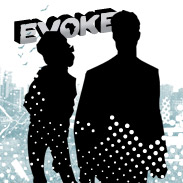 eckhart tolle has had great impact on my life, and i have been following him on you tube and through his cd's for several years...he now has eckhart tolle tv, often put it on in the background while doing chores...always feels wonderful and very connected to do so..

the biggest danger in my country is not hunger, but the lack of it, in both physical and psychic forms...without the "drive to survive", most live in a walking coma of input, mental and physical...th…

the biggest danger in my country is not hunger, but the lack of it, in both physical and psychic forms...without the "drive to survive", most live in a walking coma of input, mental and physical...the mindless noise of fear mongering media, gonzo violence and airbrushed sex images provides a perfect backdrop for the guzzeling and georgeing that bloat and numb the population...the filthy food, by and large meat produced in unspeakable ways, seems cheap until the diabetes and heart attacks…

the day so far

joined evoke and made excited phone calls to nearest and dearest

at 63 years and level 30 wow'er after several months, life never fails to surprize and…

Anthony Karanja said…
Wow thats powerful I hope you are planning another visit soon,you will be amazed at the strides accomplished so far.