In 2020 I will have my own little café shop in Nuremberg, Germany. Everyone will love my good cappuccino and chocolate cake. And I will have a family with two kids and a nice house.
When Alchemy calls me I think I will be working in my café. So I will not be able to pick up the phone. He will leave a massage for me about the Tokyo food crisis. As soon as I got the massage I will call him back immediately and help him.

I think that people should stop worrying about them selfs and help other people. There are lots of people out there are starving and don't have cloth or shelter.

I will follow Paula Kahumou from Nairabi,Kenya. She is doing a great job making a online Global wildlife conservation community.This is a good project and could really help when any country has an catastrophic event.It will bring people together to help.

What you have matters more than what you lack

What you have matters more than what you lack 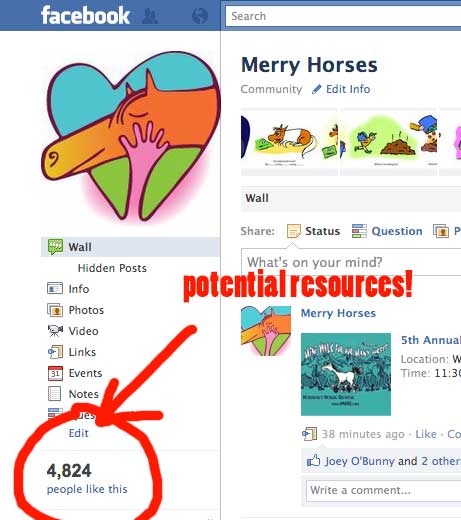 This resonated immediately with me. It is a message that crops up time and time again for me. With each experience I think I nip away at its raw edges and with these projects like Evoke I find what I struggle with isn't all that unusual. And that gives me hope! In some ways what I thik I need to… Continue

(I've done this post on my personal blog: www.footinmylife.blogspot.com)


I'm supposed to list one tip, but there are so many great tips I agree with!


I've settled on these two:
1 - Provide skills, not just finished technologies
2 - If somebody already invented it, you don't have to

I've always been one of those people that… Continue

Life is not predictable. But I have certain principles and goals, driving me towards a future in a company with meaningful business. By meaningful, I refer to inventions which are likely to improve human capabilities (for everyone).

So, hopefully I will be there, in this company and doing my daily job in context of management, information processing or programming. And having some of our companies nice (capability) augmentations by myself. Would help finding a solution for the food… Continue

The future of virtual currencies

This article talks about Facebook credits and how they might be used to make real-world purchases. I think virtual currency will not be an oddity in the future, but an essential part of mainstream economy. I know something about virtual economies from playing and studying the culture of Second Life. I think that virtual economies will be interlaced into our dailies lives more and more. For the water crisis mission, my idea for the… Continue

Help self-reliance (without going to the contry yourself)

Provide skills, not just finished technologies. The current revolution in design for developing countries is the notion of co-creation, of teaching the skills necessary to create the solution, rather than simply providing the solution. By involving the community throughout the design process, you can help equip people to innovate and contribute to the evolution of the product. Furthermore, they acquire the skills needed to create solutions to a much wider variety of…

Energy Save Masters - Next Generation Heros

I did not find one hero, but a wh*** community or rather an idea competition of German schools. The competition is named “Energiesparmeister” (=energy save masters). Content of this open competition is to think about saving energy, climate protection and starting projects with solutions for these problems. The competition is directed to school cla****. They show how to reach goals with ingenuity and commitment. Furthermore they want to motivate other people to start own…

Today, I learned about piezoelectricity, which is electrical energy that is generated by applying pressure to solid materials. As a piezoelectric sensor is compressed and decompressed, squeezed and unsqueezed, it is capable of generating electricity. Sustainable energy sources can potentially be created by embedding piezoelectric materials into everyday objects, such as shoes, tires,... or the human…

My international development experience leads me to believe that the most successful innovation spawns from a genuine partnership, authentic dialogue and mutual respect toward local communities. It has only been through invitation and a deep understanding of cultural implications that opportunities for sustainable impact can take place.

This is really basic

I'm not an inventor or anything, and I considered buying a solar powered flashlight, but money is really tight this week. And I really want the power-generator that you attach to your bike, but I don't have a bike. So the really simple change I made was alter the energy settings on my computer. I lowered them from never to two hours for the hard drive and 15 minutes for the monitor. Not sure if this counts, but it saves a little power.

By 2020, most of the world will be playing World of Warcraft. OK, a much larger number than plays now, anyway. So I will convince Blizzard to start creating certain quests and when people (or guilds) complete those quests, they will donate a large amount of money to social projects and other charitable causes. In this case, there will be a Volatile Water quest. The guild that obtains the most Volatile Water at the end of this day will be featured as Heroes and get a special waterhorse mount as… Continue

I found Himanshu Parikh who won the Tapping Local Innovation: Unclogging the Water and Sanitation Crisis in 2008 for Changemakers.org.


Here is how she describes the project:
"* Slum Networking exploits the correlation between slums and the natural riverine paths of the city to improve the environment and provide quality, gravity based, house-to-house water, sanitation,… Continue