"Had there been no school meals, I would have been married by now."
(Grace, 15)

This quotation is from a school girl in Malawi. On WomenWatch I read about an interesting project from the World Food Programme. First I was confused what the WFP could have to do with empowering woman. The article on WomenWatch said, that one reason why parents send particularly their daughters to…

The story deals about forced labour from all region and different sectors. The most affected people are womans and youths. The majority of bonded labourers are in Asia and Latin America and that's partly slavery-related practices. But it is possible to combat forced labour with punishing trafficking in persons and strengthening labour inspection. 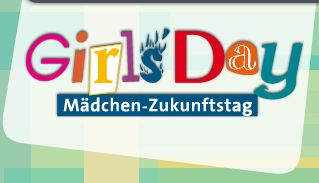 Every year in April technical enterprises, enterprises with technical departments and technical training facilities, universities, and research centres are invited to organise an open day for girls – Girls' Day. Girls' Day – 'Future Prospects for Girls' initiated a large campaign in which a wide range of professions and activities is presented to girls of 10 years…

The first female president in Afghanistan has been elected today, on the 1st of June 2020!

This project enables more than 7,000 young women to participate in literacy, english and income-generating skills cla**** at the Women’s Learning Centers in Herat.

Until 2020, the regions around the women learning centers have developed very well. First of all, there have been founded a lot of start up companies since 2010. There is almost no unemployment in this region and the cities could…

One year after the launch of the Global Partnership on Girls’ and Women’s Education, I would like to have a closer look at the outcomes of the most sucessfull projects. First of all, the projects addresses the two main areas secondary education and literacy. Here are some fact and figures.

- A Procter and Gamble funded project in Senegal which is focusing on “girls’ and women’s literacy”, opened 160 classrooms already in seven regions and trained 100 literacy…

For this week mission I informed myself a lot about violence against women and children. So I decided to support an association which helps women who are not able to extricate themselves from their awkward disposition. And this association gives starting aid for a life after violence and savageness.
But for me it was important to support an association which is around me so I can be sure that my donation came in. Some days ago I phoned with my parents and I told them about my thoughts…

Investigating about empowering women I found a lot of 'examples' around the world which affect physicality of women. For me it is really detesting and cruel to force women and unfortunately also children into sexual acts.
I am particularly saddened by the atrocities Haitian women often have to endure. After the earthquake in 2010, the situation for the inhabitants especially for women was inhumane and degrading. There was no security in the displacement camps. There was no food; there…

For world water day I would set up a fun event at the beach with lots of sporty activities, but would also see if I could get a replica of the AfriDev or the PlayPump in, to show everyone what children in developing countries have to do for water. I would also set up an event for a full 24hours, instead of earth hour we could have water day. An event where participants go for one day without water.

IMAGINE6 - in 2020 the islamic states begin to secularise

I hope that one day the woman in afganistan can go to school and university like every man can do.
I hope that woman have equal rights and that they can working at the same positions like man.
But as long as the Koran is the basis for legislation, so to say that there is no secularization, women were oppressed by the men. Before the woman can get equal rights the Islam has to change basically. I hope in 2020 this will happen.

I decided to donate to the Afghan Institute of Learning which organized Eductaional Learning Centers in Afghanistan. I also asked my mother and some friends to get to money togehter.

A danish water-bottle-brand called "Kildevæld" has this campain, that for every bottle you buy, they donate a "LifeStraw" to somewhere in Africa.
A "LifeStraw" filtrates the dirty water, so it is possible to drink the water

Chirstmas eve with my family we are all eating dinner. the next day everyone is happy and enjoying them selves what fuels us is the spirit of Christmas.