heroic effort during a pandemic

It's the year 2013, and the next pandemic flu has just reached my part of the world.
So what to do?!Panic?! No problem - we are prepared!
I have organized a specific team to support people in an emergency. In such situation many people need a psychological support. They have to be calm down and they need instructions to avoid their panic. We have organized a forum, where the people can put their questions about the pandemic or what to do in a difficult situation. The team consists…

Wolfsburg made a littel better

Wolfsburg made a lot of efforts to become a more friendly and green city.

There have been new Car and Bike Sharing Systems established.

One Big difference is the Volkswagen has placed lots of solar cells on their factory roof.

This parking lot, which…

The goals of the EVOKE network are to find and implement solutions to various problems around the world through collaboration. Everyone can and should participate, because each of us has special skills in different areas, which can be used for solving of a problem. An Evoke agent is always helpful, tolerant, team-minded, and spares no effort to achieve its goals and objectives of EVOKE. Evoke network like to create mystery and spectacle, because it should be fun to…

A special day of the year 2020 could be a great reunion with my best wind an kite surfing friends at the beach of St. Peter Ording at the northern sea. During the last five years we hat so stunning weeks at this beach with great wind conditions and waves and were enjoying the community of us friends. These are the most uncomplicated and relaxing times I have ever had. We did not spend much money, did not have much luxury, but have a great time at the beach and on the water.
I am sure,… 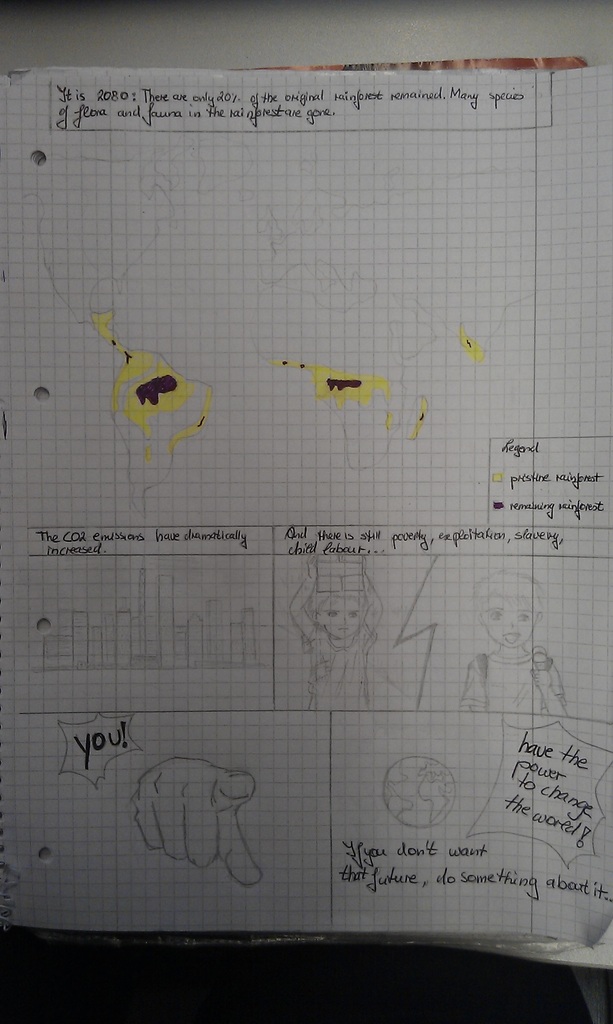 I like cooking very much, for me it is a kind of compensation for the daily life full of stress. In my opinion this mentioned daily stress is creeping more and more into our private life. No time to recreate, no time to cook a good soup with fresh vegetables from the garden. Garden? I hope that the word “garden” is still known in 100 years!
Most of us are eating even in these years so much frozen and ready cooked food; it will be terrifying how many people will do this in the next…

One of the most important things during a pandemic flu is to calm down and keeping the mood of the people positive. What could be more effective to reach this than laughing and forgetting about the world outside and its sorrows?
I would like to organize a kind of “laugh day” with the support of local comedians. There could be some channels with its different topics. Especially different humor types should be regarded to reach most of the community.
There is one possibility to give…

I want to comment on the suggestion that we should not fight against the culture.
Every external intervention re-shaping behaviors, artifacts, norms or roles will influence a culture in some way. Therefore we should be extremely sensitive to the complexity of this issue.

I was working for a year in southern Kenya, in a village where everyone (including us) was living in the mud-houses. Traditional mud houses have a fireplace in the middle which is used for cooking and heating…

In 8 years I will be livivng in Asia. After several project throughout the world my company sent me for a stay of 5 years to Asia. I can't imagine a country but am quite sure that it might be south eas Asia as I have already gained some knowledge in that area.
Within my work I will be responsible for a team of five people and we are trying to establish our business in that area. But apart from that I am trying to connect with the culture and people over there to gain as many insight as…

A young woman whose name I do not want to tell, lives in Lower Saxony with her father, stepmother and 11 brothers and sisters. She visits 9th a primary school class in near Hanover. Your teachers do not see any chance for them to grasp each foot in this society, she has a 4 in German, is a 5 in English and math teachers for her the perfect candidate HARZ-IV, which will never have a job.
Well, I would not give up this young woman. I have committed myself to this school with volunteer…

Most of the topics we dealt with in this season of EVOKE are permanently important. That’s why I suggest repeating those topics in season 2. But there are a few topics which I would add. I think issues concerning conflicts should be considered more next time. There should be at least one or two episodes regarding the management of conflicts like wars, clash between cultures and civil wars.
Another extremely important subject we have to consider in the future is nuclear energy. Although…

Sunrise. The world glares in the morning dew of the last night. It is going to be one of these beautiful days you could imagine. Everything is friendly, people love each other and no one is fighting or arguing. There are no political or ecological problems. All these bad problems are solved. You are enjoying this moment of satisfaction in a very emotional way.
It is not possible for you to trust this abnormal situation. You are scrutinizing and looking behind this beautiful scene and…

The evoke network works in a very simple way. It is simple, but definitely a very powerful weapon against recent problems. It is not necessary to lose any words about rules, because there are no more rules than engaging yourself voluntarily. Thinking about actual problems and to carve out approaches against the worldwide problems of today is the only necessary rule.
There are two stages of using and engaging via evoke:
Stage 1: create your own and unique thoughts about what scare…

Page 1
Panel A: #Picture of London (Normal Street with houses people and cars.)

Panel B: #QUINN is standing and looking out of a window while holding a cell phone I his hand.

For my personal view, there is not much potential to improve evoke. The most important approach is not even to go out of your house and really do something, but it is to reflect recent problems of our community. Sensitizing people in a sustainable way is the big power of evoke. If it could be possible to connect the ideas of the evoke network with political and ecological decisions of our world of today, it would be perfect. There is no more powerful to improve our community than the…

When I'm visiting the Splash! Festival (for Hip Hop / Rap music in Germany) the equipment used to generate power for the concerts will have changed totally. The tents, where the music is played, are covered with solar modules, so that sun energy can be saved over the day and used in the night, when it is dark outside. Furthermore there are bio-power plants around the area, so that the huge amount of waste and excreta can also be used to generate power. At last there is a totally new…

LEARN10 - What urgent challenge should EVOKE tackle next?

WHICH great challenges and social problems should the EVOKE Network tackle next?
• I think EVOKE should tackle more specific social problems in countries next like child abuse and sex tourism in Thailand for example.

Plant for the planet - Felix Finkbeiner

My hero is Felix Finkbeiner. He is still is a kid but knows of the importance of fighting against certain problems in the world (like the climate change). I admire him for his doings!

PANEL A
Several children are playing basketball on the street. The court is somewhere in the slums of Quezon City/Manila, Philippines. They seem to have fun. The sun sets and the moon already rises above the city. Next to the court, a large group of people is watching a cockfight. They are whooping and screaming at the…