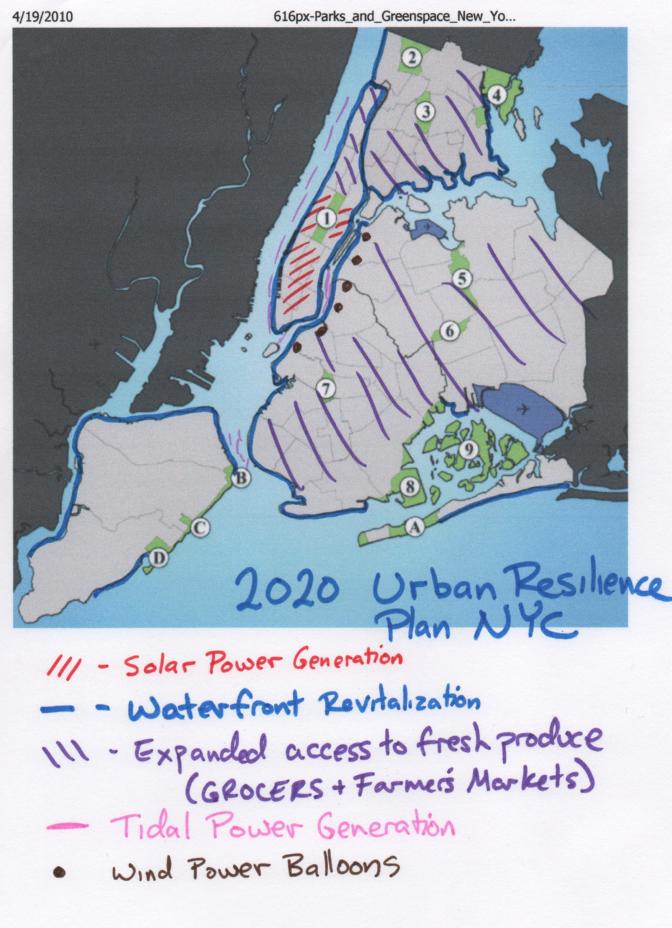 E-money for the unbanked?

In a previous blog, I wrote that I thought someone (like Paypal) should create a service that does something like this:
You bring money to a convenience store, like 7-11, and deposit it into your account.
You then use that money online for purchases, or alternatively, use your cell phone to make purchases from live retailers electronically.
This…
Continue

Really Cutting Down on Energy Use

I thought about implementing a strategy like getting a solar powered cell phone charger (I still might) or a pedal powered something, I decided to start by looking at what actually uses energy in the home. I figure it's more important to cut down on big things than to remove a small thing.

The number one energy use in US homes is heating/cooling costs. The easiest thing to do here is to set the thermostat down (in the winter) when you aren't there, and to cover the windows…

What Kind of Pervert Marries an 8 Year Old?

As seen in this article, there are deep divisions in Yemen (among other places) about the child brides. Apparently, 48% of girls in Yemen are married before they reach 18, in violation of the Convention of Rights of the Child. In some regions, just over half of 15 year olds are already married. Those who oppose a minimum age say that they recognize puberty as the time when a girl becomes an adult. Still, many marriages take place… Continue

As part of her project fighting childhood obesity, Michelle Obama is highlighting the concept of food deserts

By 2020, the state of the world's water supply is projected to be pretty stark, and this is likely to spur conflicts between several countries. I propose that World Water Day should address this... perhaps in a game!
I propose a live-action game in which each participant is given water "points" which represent all the water they may use for the day. These are determined randomly, along with assignment of an associated country. They log their activities to "use" the water…
Continue

I don't have a long tradition of celebrating July 4 in a particular way, though it generally involves going somewhere to watch fireworks. New York City has a terrific fireworks display over the East River, which I've enjoyed from several vantage points.

I imagine that I'll spend the day with my wife and daughter, enjoying the sunlight on Roosevelt Island, just across the East River from Manhattan. The Island is full of parks, and I imagine that we would cook burgers and hot…

It's not a huge amount of money, but site like ripple.org will give money (about $0.01) to charity for every search you do through their version of popular search engines. When you search, they get money from advertisers, which they turn around and donate to charity.

Ripple donates the proceeds of your internet searches to: Oxfam, Oaktree (youth-run development), WaterAid (providing water and sanitation), and the Grameen Foundation…

I'm relatively new here, but I've noticed a few comments from old timers about the game, and how it may not provide them with ... something ... for their time/energy when it ends, about whether it is fair, and so on.

First, consider what this game really is, at its heart. It is an experiment in trying to encourage people to work hard on issues of genuine importance using the structure of a game. The official structure of the game is closed form, with an eventual set of people…

Every year since high school, several friends and I have gotten together for New Years-- celebrating, reconnecting, having a meal, and fun. It's changed a lot over the years, as we've gotten older, started families, etc.

I imagine that when we get together in 10 years, many things will be the same. We'll watch the ball drop, drink champagne, and so on, but perhaps what we eat will be a bit different.

Usually our host puts on a spread, often a barbeque in the…

I find it fascinating (and very sensible) that communities in Africa are using cell phone minutes as a medium of exchange. They can be bought abroad and sent home simply, and the funds can be exchanged with text message.

Add to this two things:

One, there are several exchanges out there which set value for things like WoW gold, Farmville bucks, etc.

Combine these things in a pot, stir, and this is one…

Step One: Watch where you poop.

Water filtration systems are great, but they require a lot of money, and they'll take a lot of time. There are steps short of distributing water filters to everyone or building water treatment plants everywhere which we can start with-- the money and the time for these other things will come later.
I decided that the favorite water security program I saw was the World Bank Scaling Up Sanitation Project.…
Continue

How well do games motivate you?

Alright, so... many of us (myself included) came here after watching Jane McGonigal's TED Talk, or something similar. About the same time, I saw Jesse Schell's DICE 2010 "Design outside the Box" talk.
I'm…
Continue

The problem: large sections of the world are without access to the grid. In many countries, people rely on kerosene lamps to light their homes. The kerosene is expensive, costing a huge fraction of some family budgets, and somewhat dangerous-- it can cause burns and fires, and constantly inhaling the smoke can cause respiratory problems.
There are a number of…
Continue

I found a terrific little doc**entary about how bodegas work, and why they stock what they do, as a follow-up on my post about Obesity and Poverty. Check it out!

The biggest food security issue I identified in New York City is a cycle of poverty which leads to malnutrition and obesity.
While searching for information about this, I stumbled upon this somewhat venomous (if only frustrated) blog, which I hold up in the interest of the rule "listen to the right people", because it provides a first person account of the problem. Simply stated, it's hard to…
Continue

The future's so bright

Ten years from now, I see myself as a proud father and inspiring teacher. I hope to be surrounded by students eager to tackle big problems and stretch their minds and ambitions beyond what they thought was possible.
I currently coach the Science Olympiad team at my school, which runs in the fall/early winter, and run a Physics club. I discovered Urgent Evoke after it had started this year, but the program, and the research it's inspired me to do has got me thinking about…
Continue