I did this with my two five year old buddies this afternoon. I think it's pretty awesome! They did almost all of the cutting and moving things around, while I was in charge of taking the pictures and assembling them on the computer. We make a pretty good team, don't you think? :-)

Please go read 's Agent Andrew Jensen's excellent and unique and powerful blog post on permaculture principles and how they relate to the Evoke network and social innovation in general. This kind of basic awareness of systems theory is so very useful to creating sustainable, ecological solutions to the world's problems.

In 2020 Somerville is far more resilient and a wh*** lot greener!

Somerville, Massachusetts is the most densely populated city in New England, and several years ago city planners and citizens realized that it was crucial to the health and sustainability of the city to increase the living green spaces of the city, while decreasing the prevalence of blacktop and cars. So in a sweeping gesture, the city has today rolled out new zoning ordinances that encourage all street parking spaces and parking lots on city and private land to… Continue

How resilient is Somerville, Massachusetts?

So far, I've sent out the following information to several groups and individuals in my city:

I'm participating in a program to help nurture new leaders in social innovation, and this week we are covering the topic of urban resiliency, and maybe some of you folks can help me out gathering information.

Specifically, I'm looking for information (program names are fine, links are great) on any programs in the city (government and/or NGOs) that are working to increase… Continue

Urban Resilience communications for a Nor'easter

I live in New England, a part of the US where we regularly get blizzards (also called Nor'easters, for the North East direction of the storm's movement). We can easily get several feet of snow in less than 24 hours, and it quite literally freezes the flow of the cities commerce and resources. For most people, it's not a big deal to be stuck inside, or to have to navigate the piles of snow and slippery streets and sidewalks and stairs, and often there are power outages, as well. But there are… Continue

In 2020, with all the efforts of the wide diversity of projects promoting healthy, sustainable growth of all Earthlings, flora, fauna, and others, leaders of all kinds, from global organizations, to small governments, to business owners, to teachers, to parents, and even to kids, have learned how to nurture everyone so that the world is full of amazing communities and individuals working collaboratively to care for their planet.

On the personal level, humans learn that they deserve to… Continue

Kids need to know that they deserve a better life.

One of my favorite authors and storytellers is Malcolm Gladwell, who wrote the book Blink, about how the unconscious mind makes better decisions than the conscious mind when the situation is complex, the book The Tipping Point, about how one small change can make a world of difference, and more recently the book Outliers about what made the most successful humans of the world so successful.

And in doing the research for Outliers, what Gladwell discovered is that beyond the most rock… Continue 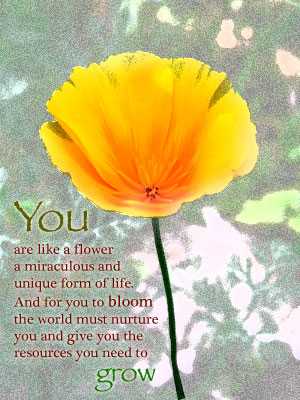 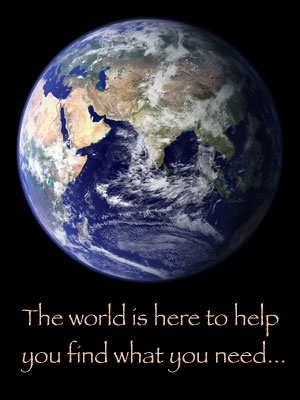 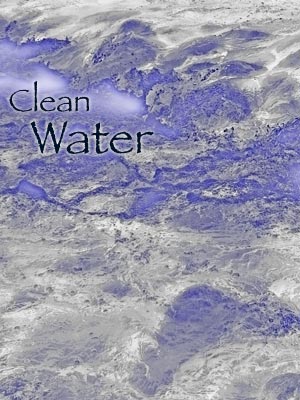 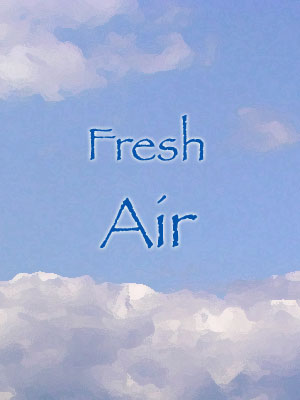 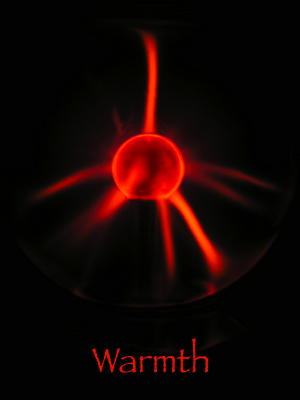 (Note: this is actually my Quest. I'm posting it here because Ning kept cutting off the text halfway through for some unexplained reason. So here it is, in it's full, brave, glory!) 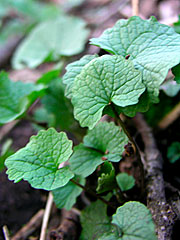 Yesterday, I was feeling quite a bit more of a human, and had enough energy to go out twice. Bright and early, I headed out to do some trashpicking (a more modern version of foraging, I guess) and found some wonderful structures for a garden I've helping create down at the awesome and unique Sprouts space down the hill from me. I found a large bamboo papasan chair seat and a small wire garden fence to… Continue I am still enjoying my wild and free diet, however today has been rather more of a fasting day, not because of any lack of foraged food, but because I spent the past 24 hours dealing with my cantankerous tooth. It flared up last night to the point where I realized that enough was enough and it was time to let the professionals do something about it. Which, in this society either means… Continue

WIld and Free - Nature's Bank in the Urban Wilds

In my continuing quest to utilize nature's own economy to get my food needs met, I was checking in with an old friend of mine who's an urban naturalist and he mentioned that there was a website that listed the larger urban wild spaces in the city of Boston. And when I went to the Urban Wilds | City of Boston site I discovered that there is actually an official city program to protect and preserve urban wild spaces in the city. Which… Continue

I walked down to one of the local libraries to get some more books on wild foods (because I only had four already, and that simply wasn't enough! I really am a book-aholic, aren't I?), and scoped out the slim wild food pickings on the way there. I found a reasonable amount of the usual spring "cleansing tonic" greens (dock, dandelion, clover, etc.) periodically, so I know I won't starve, at least, and I should be extra healthy with all the tonic! :-)

I was surprised to find my favorite… Continue

Getting ready for my free wild food week...

My camera and I took a long walk today along a recreational path near where I'm staying, to scope out the potential wild foods for my week 5 action mission to take advantage of the gift economy inherent in nature. I'm starting officially on Sunday, but I'm doing some experimentation already, because I'm so excited. However, today's walk was a bit depressing, as the path is afflicted with monoculture, and the aim of the… Continue

The Living Economy - using the currency of the real world

In fact, it works even better for complicated things like economics, because nature is the most experienced systems engineer in our universe.

And while it might not immediately sound easy to use… Continue

Have a problem? Here's the simplest solution...

You can't solve any problem without it.

You might be able to temporarily suppress some of the symptoms of your problem, but the root of the problem will remain, and regrow, until you apply love to the wh*** system that you and the problem are a part of.

Love comes in many forms, and if you are seeking a more detailed approach to your problem, take a look at one way to break down love into it's more practical components here:… Continue

EVOKE code of conduct - taking care of ourselves

Here's my suggestion, taken from one of my own communities that I host:

To make things simple, and encourage all participants to take responsibility for themselves, we have five suggestions for participants:

2. Do your best to avoid harming others' bodies, minds, and spirits.

3. Understand that all posts here can never be… Continue