Locations - Whereever there is internet access. Focusing on Africa again may increase African participation since the network already has a base from Season 1.

People - Perhaps more encouragement from policy makers - there could be a weekly mission submission from a spotlight government official.

New Changes - It`s an amazing networking, learning, and knowledge-share tool. I`ll have to…

Groceries to the Rescue! It's 2011, and the newest pandemic (dubbed Leaky Bum) includes, among other side-effects, a serious case of diarrhea. Hospitals are full of Leaky Bum patients, and the kitchens are strained to provide stomach-friendly food to everyone. Quick! Emergency call to groceries! Hospitals post online what food they need, and grocery stores log-in to fill the order. Knowing which food is in high demand, groceries can inform their suppliers in… Continue

As noted in the investigation links for Mission 7, higher temperatures, less rainfall, and strong Santa Ana winds are contributing to more frequent and ferocious forest fires in California. Being from Los Angeles County, being prepared for this kind of natural disaster is paramount. In the event of a crisis, I think the Ushahidi platform could be a very important tool for quickly collecting, analyzing, and acting upon different kinds…

"A hundred years ago, when villages in India had no urban-trained professionals with impressive paper qualifications, what did the villagers do? They developed their own knowledge, skills and wisdom..."

My Birthday Cause for Kiva

With my birthday less than a week away, I am using Facebook Causes to evoke my birthday wish to friends and family - a $240 (my age on April 28th x 10 gifts) donation to Kiva.org. Kiva empowers individuals to lend to an entrepreneur across the globe for the sake of alleviating poverty. Currently, 82% of loans on Kiva are made to women. From Premal Shah, the president of Kiva: …

In return for picking up my friend from the train station (about an hour away when you`re in the boonies of northern Japan), I let him hone his barber skills by chopping off all of my hair. 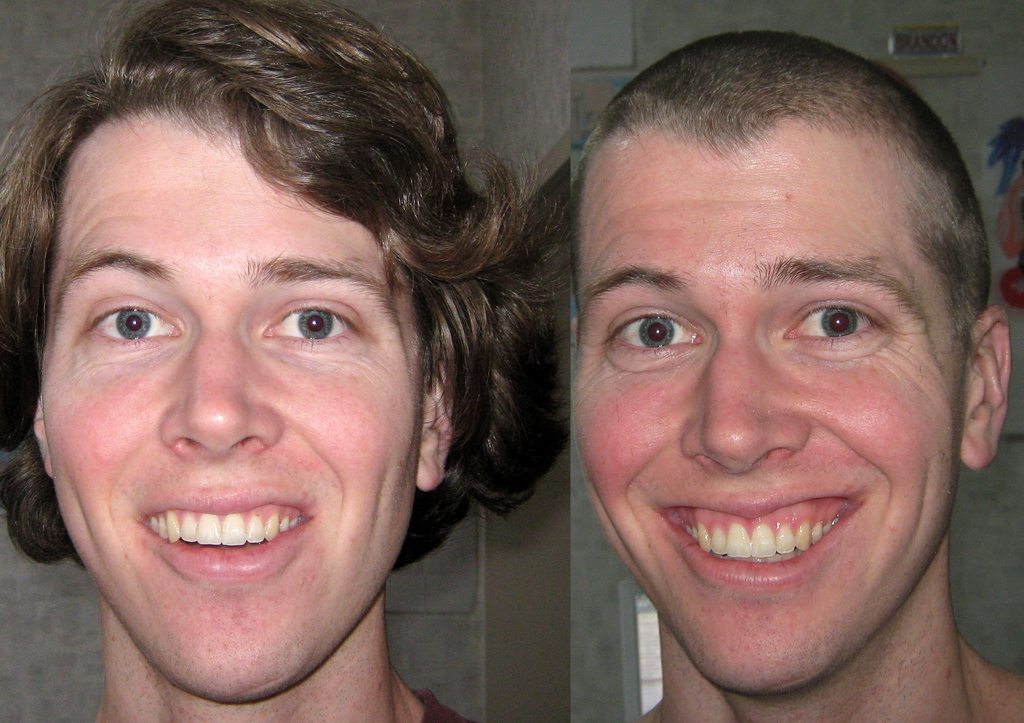 Also, I`ll be receiving some tasty treats by…

I came across the Zeitgeist Movement about a year ago, and what intrigued me the most about it was the idea and reasoning for moving from the current Money-Based Economy to a Resource-Based one. I think It is one of the most forward-thinking and innovative solutions to the problems of our current monetary system. Here are a few quotes from its Essays section:…

"Paint the Town Blue" festivals everywhere! Attendees wear blue clothes/body paint and/or swimwear. A purchased entry ticket is in the shape of a water droplet with water scarcity info on it. Tape will be provided for the option to wear it as a badge. The water droplet ticket will also contain a raffle number. Winners of the raffle receive tin water bottles with the grand… Continue

Just a shoutout to my almer mater, the University of Virginia, whose Civil Engineering Department is working with The Seawater Foundation to make biofuel a sustainable option. The article has a description of a pretty ingenious system for a saltwater farm:

"[The] system begins with a canal dug inland from the ocean. Seawater… Continue

Meet CellarThief: For every bottle of wine sold, they donate 100 days' worth of clean water to those who need it most through their partnership with Charity: Water. And more water is donated each time a wine sells out. They call this additional water "The Bounty." Simple, beautiful proof that a for-profit company can see the real "bottom line" and…
Continue

We enjoy some good ol' fashioned Easter egg hunting around the neighborhood in the morning. Meanwhile, delicious whiffs of baking carrot cake waft from the solar oven. In the afternoon, we play a have a vicious game of sOccket soccer, transferring the energy from our game to our home's energy storage. As the day fades, we move inside our solar powered house. However, the fun's not over as we head out again for Easter Round 2 - this time, hunting for… Continue

Results From My Attempt To Live on $2 Per Day

A sample of my daily meals:

As spring approaches, I plan to build and use a solar panel cooker (easy instructions to build one here). First future solar cooked meal: pasta! More evidence to come...

Harish Hande wants to bring power to the 57% of the population in India who are off the grid. After studying engineering, he lived in a poor village to experience life without electricity and determine what exactly people in rural areas need. He determined solar energy is the most efficient, affordable, and safest way to generate power for these villages. With this idea, he founded SELCO Solar. He works with investors for funding, with villagers to inform them of solar… Continue

My friends and I have returned to Japan from our days as English teachers in the JET Program. We're deciding where to grab dinner.

"How about that all-you-can-eat meat place?"
"Oh yeah, that place is SO tasty! Let's check it out."

But as we approach the familiar building, an unfamiliar sign hangs above the door:
一汁三菜

"One soup, Three sides?"
"What? I don't remember there being any soup?"
"Or sides. Unless you count pork,… Continue

A Saturday With My Vice Principal

Last summer, I asked my school's vice principal if I could help him with his garden. We tilled soil, planted corn stalks, clipped green beans and strawberries, and had a fresh, straight-from-the-garden lunch. It was definitely an enjoyable, delicious, feel-good experience. Seems my VP talked to my volleyball coach, and as a result he asked if I could help with the fall rice harvest on his farm. As a thank-you, he gave me a 5 kg. bag of… Continue

Being an English teacher in rural Japan, these past 2 Evoke missions have really interested me. I had heard about Japan's aging demographic problem and how it is being intensified by young people moving from rural areas to metropolitan areas for salary jobs. But until now I had no idea about Japan importing 60% of its food, and the crisis resulting from poor crop yields around the world and therefore higher import prices for Japan.
The Evoke missions provided a lot of information on… Continue

I'll be running an outdoor leadership school for at-risk youth. Or I'll be developing my grandfather's farm as a sustainable, environmentally-healing one like The Polyface Farms. Or I'll have won several beach volleyball championships and invested my winnings in microfinance. Or I'll have finally put my degree to use and be working for Engineers Without Borders. Or I'll be… Continue

The heroes I chose to follow are the guys of the MTV show The Buried Life. They are a group of four who decided they're sick of racing through life with no direction. Instead, they contemplated their answers to the question "What Do I Want To Do Before I Die?" They made a list of 100 things, and set out to do them. Also, for every item the accomplish on their list, they help a stranger achieve one of their dreams.
They are my heroes because they… Continue