This is how my house currently consumes. ...
And this is my home when i'm finished.

It was fun while it lasted! I still want to continue working on all my projects and i really am going to miss evoke. It's sad that i have to a while year. ... I kind of wish it was a continuous thing. But the time off will help with the projects and i hope next season i'll be able to be even better at this wh*** evoking thing. :-) gotta catch up with A.V. Koshy sometime ya know. You all rock by the way and i can't wait until i can work with all of you again. Also, I'm… Continue

It's a window's journal file. I'm still editing it but i think it's starting to look better. I finally got the internet to work!!!

Hey everyone since we cannot post anymore blog posts until season…

Evoke, our goals are simple

How do people react in a pandemic:

Is a very important piece of information, the one thing you need to know in order to provide psychogical first aid is how one reacts. If you don't…

I researched for two weeks to see if there was a resilience plan for my city, there is none! So i Iooked for the closest city to us which
is St.Louis, I couldn’t find anything on it. There are no resilience plans in
my area. This situation is dire, don’t you think? To have wh*** cities without
any plan for the future is a…

There are many great challenges and social problems in the world and i
think that Evoke should help tackle things such as indigenous languages,
cultures, help communities come together with networking, edible
landscaping etc. There's a lot to do out there and Evoke can help make
that happen. New Evoke communities should be set up globally
in some… Continue

My evokation is to create a wiki dedicated to gathering
indigenous knowledge from around the world. Including local languages,
customs, histories, stories, indigenous plant details and more. It
should be accessible to everyone and easy to add new information to. I'm
thinking that media-wiki would be a good platform. That way it could be
accessible to people anywhere and anyone could add their… Continue

It's 2011 and I've been asked to organize a group of people online. I need the following people to help on my team. Scientists to verify what is true and what isn't about the virus causing the pandemic
is crucial to providing the public with information that is credible. Web
Developer
to help create start up websites for the public and other sectors.
Citizen Journalists who can work in the field and provide current news
to the people who need it the…

People Have No Animal & Gardening Rights in the U.S. Soon

Of all the things i have read today a post by Sarah O.Connor has strangled my attention. There is a law out there that has already been passed by the House of Representatives called the Food
Safety Modernization Act of 2010.
Which takes away all the rights of the people to grow… Continue

I'm still working on my Dark Site but here's the Beta version. I have a few questions for you all though. Firstly, i want to create my DarkSite for floods and whatever issues come along with it. What types of pages should i set up? Please list whatever change you think are necessary or would improve it greatly. 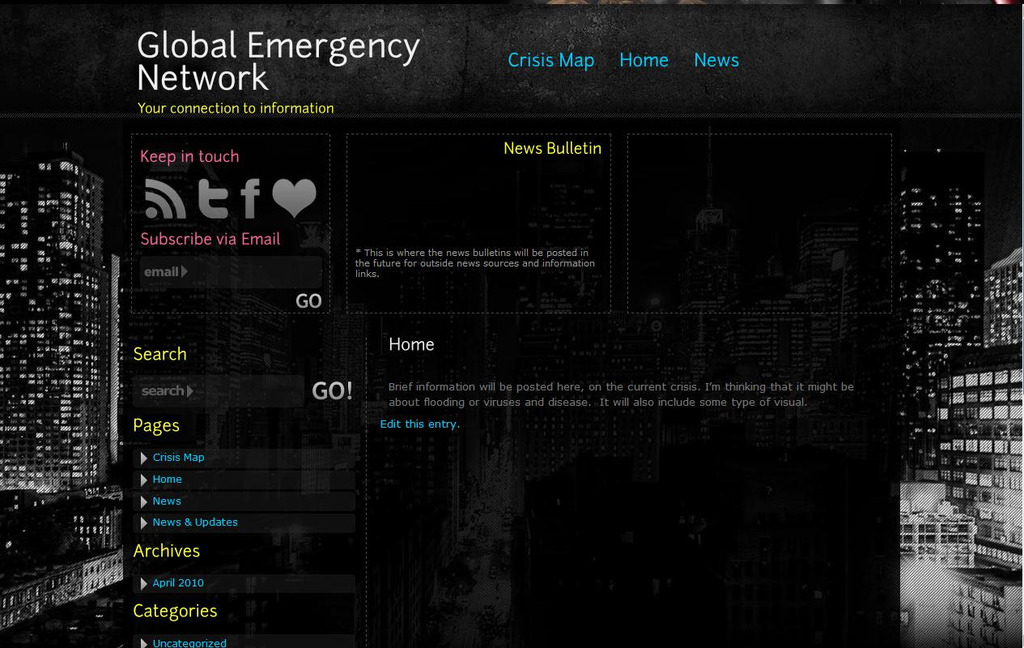 I have updated the site! Here's a look:… 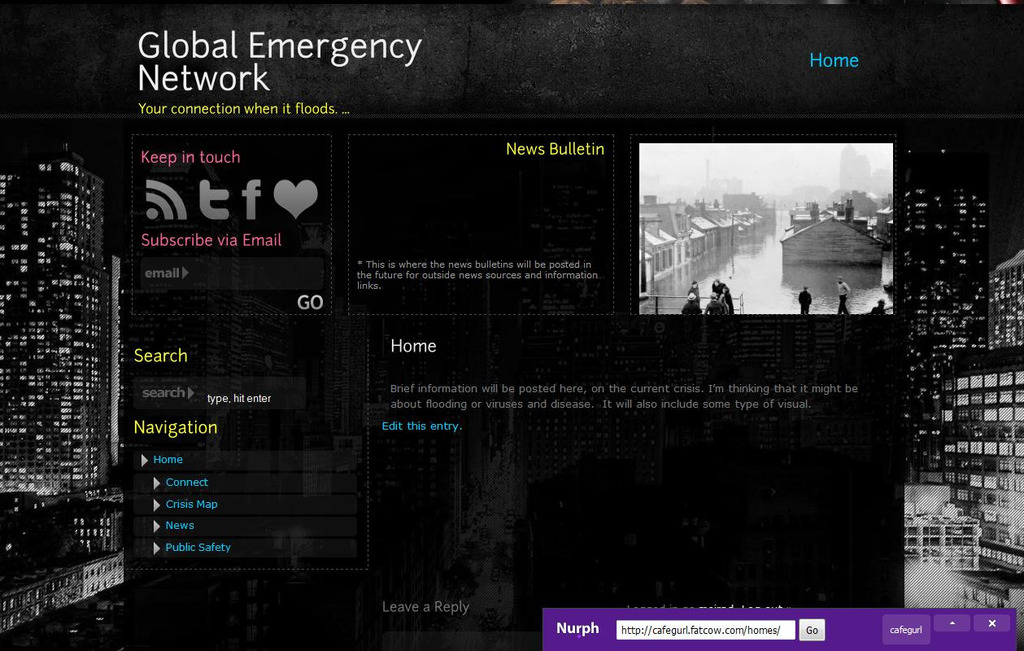 The Texas Board of Education meets on a regular basis to decide on what will be taught in Texas school. They use volume purchasing instead of letting each district purchase them, there by saving a ton of money. Nearly half of the school districts in America mirror this move relying on Texas's education boards decisions end up in textbooks that are sold everywhere else.

It is 2089 and i am 100 years old, the planet has changed drastically since i was 21. Floods, Earthquakes, Volcanoes, Droughts, Wars and more have scarred the landscape. Where there was land is now water and where there was water is now land. Forcing nations to flee and people's to almost all loose their indigenous knowledge of their lands. There are still many displaced people ; me and my family being among the displaced. When the rivers flooded we lost almost everything, but things…

The native peoples who used to live where my town now stands are gone and with them most of the indigenous knowledge of our area. We know only a few things about the water ways and that is this. Don't swim in the water unless you want to risk death. There are creatures in there that drag people to the bottom and eat them. I know this because one of the family's friends was on a boat and went into the water. Something tried to pull him down and he was screaming. Everyone tried to pull him back… Continue

I watched a video online about how the Amazonian tribal leaders came to watch Avatar. The reactions were varied but all said the same thing. The rainforest is our home and like the Nav'i people in the movie we must protect our homeland from being destroyed. Being almost half Native American i always loved nature.
One day i went out and planted five trees for no reason whatsoever. Later i found out that my great great great grandma was a Native American Princess, her name was Anna of the…
Continue