People underestimate the amount of water nature makes available to us, free of charge. Even in arid areas, quite a bit of rainwater can be cheaply harvested with appropriate technology if a little time and effort is put into setting up a catchment system.

Unfortunately, rainwater capture systems can range from a few hundred to many thousands of dollars here in the United States, and there are few architects and contractors trained in proper installation. That means its mostly the… Continue 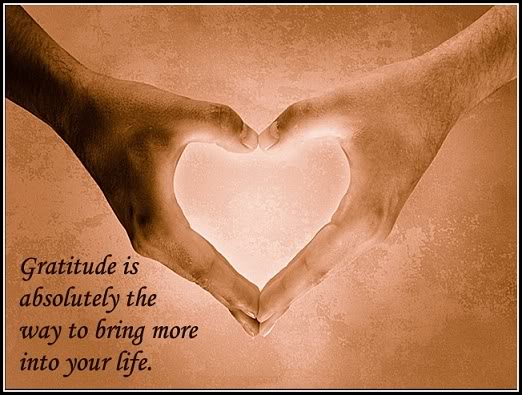 This idea has been inspired by several other Agents, from Agent McLellan's Hyperlocavore movement to Agent Buentrostro's Community…

The last few days I've been doing alot of work in my garden. We mapped it all out using Google Sketchup: Whats not included in this sketch are my compost piles, the Chefs du Potager gardens along the top right section, the barn where we hold our workshops, or the propagation house. Still, I'm excited about how much we've mapped, and its all to scale and will be uploaded to Google Earth soon.

What Is a Global Gratitude Garden?

I decided that I don't want to have my Evokation be a project that I've already started. The Garden Mosaic is underway, and has been a collaborative project from the wh*** team at Growcology, so me submitting that to Evoke wouldn't be fair to them.

Plus, the wh*** point of Evoke is for us to initiate something new! So copying and pasting our current projects wouldn't be in the spirit of things.

However, it would also be foolish to not… Continue

So you want a bunch of points on Evoke?

I was asked by a couple people how to get ahead on here. I'm not sure
if its worth it, the points are just for fun from what I've read, the
real prize is all about our Evokations. But if getting points is
important to you, here's what I've been doing:

Add as many people from all different places as friends as you can.

The last few hours the President of Growcology and our CFO were going over a $250,000 Urban Greening proposal for the Strategic Growth Council. We're perfectly situated to get it, but we need to do alot of work to prepare ourselves for such a large project. We'd either be submitting a proposal for networking gardeners and organizations around a food culture for just our city, or a statewide plan starting at… Continue

A wave of silence washes across the throng of people. 500,000 revelers bow their heads in unison with the performers up on the main stage, as we take a moment to give thanks for our good fortune. I peak out of one eye from atop the stage. They're having as much trouble keeping themselves still as I am.

This place is about to go nuts.

The band begins to play softly, signaling an end to the moment of silence. The guitarist starts with a hopeful melody, echoed soon by the string… Continue

While making the video, I was ashamed that some of the things I was composting weren't chopped up enough. I tried with a machete and some shovels to get the twigs and leaves to small enough size, but its just not enough. I made that video last monday,… Continue

As I thought about the material presented in the mission summary, I was
reminded of a video I saw of a 14 year old girl in Colombia who built
her own biogas digester. All of this talk of William Kamkwamba and his
windmill projects made me think that instead of talking about some of
the really fancy, high-tech solar concentrators and vertical access
wind-turbine projects my friends are working on, why not instead focus
on something that can and SHOULD be implemented… Continue

Check out the Paignton Zoo vertical farm! It already exists, which is something that alot of the vertical farm designs can't say...

Imagine 2: Whats on your plate?

The sun is swiftly setting over the horizon, and the colors in the garden take on new depth with the dappled sunlight. Flowers that hours earlier were bleached and pale in the direct sun take on iridescent infrared and ultraviolet hues, subtle hints as to their active communication with their insect and bird allies.

As I walk up to our back porch, my wife greets me with a bucket of vegetable clippings and a bag of meat trimmings. A rainbow kaleidescope of colors peeks out from the… Continue

This past weekend my girlfriend and I drove down to Mexico for a festival where we provided almost a thousand pounds of organic produce from our farm to the participants. Oranges, tangerines, lemons, chard, grapefruit, bok choi, mustard greens, lettuce, and more, all of which was very well received.

It was the first time that our small organic farm has provided food for an event, but we're seriously considering doing more events like that. In the future we'd even like to partner up… Continue

One of the reasons I moved from Los Angeles to Riverside was to learn how to farm. When I was 14, my parents bought a dilapidated old mansion with boards over all the windows, a roof that was caving in, and a huge rotting eucalyptus grove. All of the soil had turned hydrophobic from the oils in the eucalyptus, and there were hardly any plants growing. A huge flock of crows infested the area, killing off smaller birds and creating a deafening cacophany with their…

There's not a cloud in the sky as the jet-copter approaches the island of Nippon. Why did I assume there would be storm clouds here when we arrived? The sun is just rising over the western horizon, greeting us over the massive skyscrapers as the huge neon and hologram billboards fade with the retreat of evening.

Our wind brakes kick in, conserving energy in our batteries much like hybrid-electric car brakes did at the turn of the decade. If Alchemy hadn't cleared a heli-pad…

As I open the front door to my house, a rush of fragrance hits my nose. A spiraling stone pathway stretches out to the fields of interwoven grains and vegetables, with innumerable flowers blanketing the sides of the walkway. Swarms of hoverflies and bees and hummingbirds flit about, pollinating my crops and controlling the pest situation.

My 8 year old son is already outside, practicing capoeira with the dog. Our old Husky Luna has gotten better with the kids and the livestock every… Continue

My Response to Simon's Challenge

Simon Brookes sent a call out for a team to discuss wireless energy solutions in Africa:

"You mentioned Witricity above. Maybe you can form a team focussing efforts on this type of innovation for African nations. What are the problems? How might you implement a sustainable solution in these poor
communities? I can't wait to see what happens. Let me know if you manage to get something going and I'll be handing out extra Power… Continue

I was just forwarded this article from the New York Times by an alternative energy list I'm on.

Its called the PeePoo, and its a biodegradable plastic bag with urea crystals in it to sterilize human waste and make it bioavailable. It will cost as much as a plastic bag, which some slum dwellers are currently using.…
Continue

NEXTSTEP: Char it myself

I've been absolutely floored by all the people posting about Jason Arambaru, the founder of re:char. I've been studying Terra Preta and bio-char since my experiences in the rainforest of Peru, it was almost like the Holy Grail of sustainable… Continue

Well, the first two of my heroes that I've attempted to contact haven't returned emails or calls. I know they're busy though, so I'm not taking it personally. I'm sure I'll get a chance to collaborate with Helen Samuels and Tekio, I feel really called to do some work in Mexico in the near future. As for Farouk Jiwa and his honey project, I'll keep trying to get ahold of them, but I can start my own beehives without input from Africa (no offense, Africa).

So I got to… Continue

By 2020, I'll still be the chair of Growcology, but we will be a worldwide organization sharing the knowledge to adapt sustainable food practices to any climate.

When Alchemy calls, we'll already have a global network of youth and adults who've participated as youth or empowered their children that we connected with through Urgent Evoke, and will be using this and other 21st century technologies to spread… Continue