While making the video, I was ashamed that some of the things I was composting weren't chopped up enough. I tried with a machete and some shovels to get the twigs and leaves to small enough size, but its just not enough. I made that video last monday, and the tree branches my dad dropped off in the back are still there.

We could use our chipper, but its output chute is too small and will clog within minutes. We could use our lawnmower, but its very dangerous and shoot off small stones and pieces of wood, and it doesn't chop everything. Many of the twigs are buried under the top layer and are never chipped. We could rent a chipper, or have a tree service come and chip it, but the larger industrial ones tend to still leave many twigs in large chunks, and are very expensive and use much fuel.

We could buy a huge chipper, but they are usually over $2000 at least!

Plus, all of those solutions use gas, pollute the air, and are noisy. I do have an electric lawnmower we can power with the sun, but it still misses alot of twigs and the blades are getting dull from all the branches I hit it with. It also runs out of juice quickly.

I found three different designs for hand-crank ones, and these could easily be modified a la mayapedal. 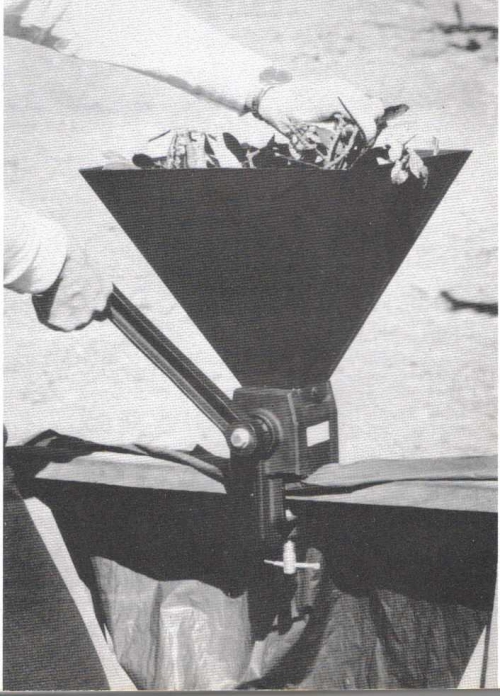 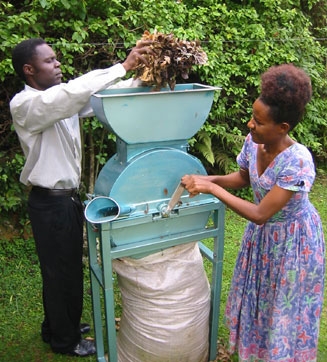 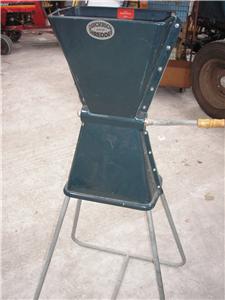 Unfortunately, none of them seem to still be in production. I've searched around for the last one, the rotocrop, and I could only find one in New Zealand!


I also found discussions mentioning flywheels, that would be cool as well. Then we could even use wind power! Another cool invention would be a methane powered chipper that ran off captured methane from the composting process from the stuff it chipped! Talk about closed loop cycles!

I'd love to make a prototype, but I'm extremely busy. I'll post why soon.

Comment by JohnMichealKane on March 19, 2010 at 12:32am
I really liked the idea of using a bike!... I will look around the UK sites for a device similar to those pictured and tell you what I find as the idea is brilliant and definetly worth my time. Thanks for the spark! +1

Comment by Michele Baron on March 20, 2010 at 12:31am
Maybe design large-input composter along lines of meat grinder. Safety differences: (1) bolt-on cover with grid h***s to allow large pieces to fall to chopping level. (2) align chopping blades vertically--long-toothed rotary saw configuration, with opposing rotations (1st clockwise, 2nd counter-clockwise, 3rd clockwise, so forth) to claw/chew up particles. (3) put these blades on graduated placement rod, so extra blades can be grouped solidly on outer edges, and blades furthest apart for largest-sized inputs, and, as the compost is sized smaller, blades can be repositioned increasingly close together for the necessary fine-sized particles... (4) drop tube to collecting basin should be long enough that basin can be accessed and any clogs cleared without hands being near blades.
Bike-powered fly-wheel connection might turn blades sufficiently; if actually using bike to generate DC, you can gear in a safety-shut-off switch...
Probably you can use bike power to rotate contents of composting bins, too, if you use them--might confuse redworm residents, though
Good composting!

Comment by Omri or something on March 22, 2010 at 4:52pm
I was about to write a suggestion for how to build one, but it seems Michele hit the nail on the head perfectly.
Great idea.