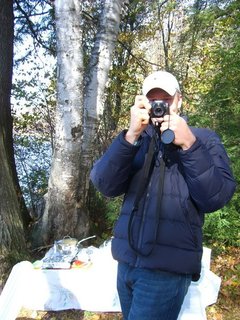 UPDATE (August 1, 2010)
To follow, support, and be a part of the project, please go here: http://www.storyofhappiness.com
UPDATE (May 20, 2010)
For the final proposal, please go here:
http://www.urgentevoke.com/profiles/blogs/evokation-the-story-of
UPDATE (May 18, 2010)
For the updated draft, please go here: http://www.urgentevoke.com/video/evokation-draft-the-story-of
ORIGINAL (May 15, 2010)
I am calling out to anyone who would be interested in sharing an origin story in the future as part of my Evokation project. More details will follow but for now, the foundation of the project rests on others' openness to share the history of an issue important in their lives and/or community.
This requires no commitment right now other than saying you are interested. And in the future, if the Evokation is accepted, your involvement would include any of the possible scenarios:
a) Sharing an issue you are knowledgeable or passionate about
b) Doing research and/or interviewing others in your area about the issue
and/or c) Contributing images, video, or writings on the issue
In turn, the stories will be developed into short doc**entaries. In total, these origin stories will be of individuals, places, organizations, communities, businesses, ideas, beliefs, movements, conflicts, successes, etc. meant to bring to the surface awareness, understanding, and inspiration not just to the individuals, communities, or nations directly involved, but the wh*** world.
So, if you would be interested down the road in contributing a story, just comment below with a simple yes, and I will gauge how to proceed based on peoples' interest.
Note: To clarify, you are not committing to this being your Evokation. In other words, you will be acting as the living library of knowledge for the stories and will be credited as part of the films, but you won't have to worry about any of the details in running the project, etc. If you are interested in taking a more active role, though, just let me know.
In particular, if you are a graphic artist (or are good at drawing in any capacity) or a musician that would be interested in contributing to the doc**entaries, I would love to hear from you.

Comment by ob1 on May 15, 2010 at 7:48pm
One of my past projects - that I never started because my partner (who was actually the one who had the idea and I joined) abandoned - was to create a magazine of Ideas worth spreading collected from all around the world (the first step was to collect stories from former students of the School for Designing a Society - there in Urbana ^___^). I also already sketched the graphic design of the magazine (that's one of my jobs ^___^)... So, if your objective is to collect stories like the ones we read around here, well, I may join you. =)
If you like the idea, please write me a little more about your idea (with a private message if you prefer). Since my Evokation (which I'm developing from 1 year) will not be ready for the 19th I may join yours. =)

Comment by Paul Holze on May 15, 2010 at 8:10pm
Thanks everyone so far. And yes, ob1, the incorporation of a magazine (online, I take it?) style collection of the stories (in written, photographic, and video form) is something I am open to as I have thought about that myself.

As for the stories I am thinking about, they are not necessarily about ideas so much as they are about history and understanding the present. I will write more later and you can let me know if this falls in line with your interests.

p.s. making the stories, writing or video, multi-lingual would be just that much more amazing so that's something else to think of

Comment by Turil Cronburg on May 15, 2010 at 8:46pm
I can't guarantee anything, but I'm definitely interested. As long as I have a clear idea of what to do, and can fit it into my life at the time, I'd be happy to contribute. Photos, drawings, and writing are all things I find myself creating at times. :-)