Today it's March the 21st, 2020. I'm in Durban (South Africa); it is "our" Human Rights Day, and everybody on the planet is celebrating it.
I'll tell you what's going on today, but before I would let you know how did we get here.

In 2014, the United Nations unofficially promoted the idea of celebrating human rights on a different day every year, to remember and honor relevant happenings, which took place around the world and involved issues related to mankind and ethics.
Every nation spontaneously joined the idea and proposed different ways to choose a day every year. A forum was founded on the internet and such proposals were discussed by students, passionate citizens, politicians, eminent thinkers from all over the world.

In that very first year, the general excitement, the novelty of the idea, the quantity and variety of the proposals made impossible to choose a single day. Human Rights Days were celebrated during the wh*** year, each country proposing its own date (according to local, historical events) and having other ones joining. That is why 2014 is now remembered as the "Human Rights Year".

Two years later, the 14th of April was chosen as the Human Rights Day; in 1989, that date was the beginning of Tiananmen Square protests in Beijing, China. In order to remember the casualties from that key chapter of the human rights' history, people choosed to light up lamps everywhere in the streets and within people's houses. It was spectacular and touching to see.

But some of us worried for the other side of the coin: in the next weeks, a big debate took place on the forum, with many attacking the idea of wasting all that energy in remembrance of the past, without taking care of present issues, like energy consumption. The debate was full of controversies and contradictions: many of us were struggling between the will of maintaing that symbolic ritual, and a deep sense of responsibility for energy consumption.

Together with many other EVOKE agents, I proposed to the forum to take it as a creative opportunity. We were doing with subscribers what Alchemy did with us, just six years before: we challenged the network to produce energy and feed up as many lights as they could, letting our memories shine for a wh*** night with zero impact, in all the future Human Rights Days (and nights) to be. During the other 364 days, all those inventions and practices would be adopted to relieve the daily consumption and suggest new sustainable ways of living.

At first, people took it just like a joke and they didn't give any importance to the challenge. But a few weeks later, a 16 years old boy from Bangalore (India), called Koormadhi Kavi, came out with a brilliant idea. He posted on the forum a few sketches: small mechanical springs, aimed to collect any form of kinetic energy produced by people's daily moves. They were tiny mechanical batteries.

The response to those rough, almost naive, drawings was outstanding. Almost any forum participant, from every corner of the planet, began building kinetic machines, proposing different versions, designing modular solutions. Any sort of bizarre mechanical-low-tech-spring-robot was conceived. Drawings, pictures, instructions and tips were shared on the web, even beyond the forum.
Human Rights Day was shining and efficient, in 2017, but still far from being zero impact. 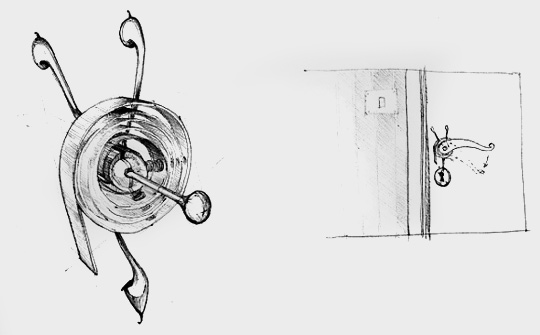 And here it comes today's report.
As I said above, it's March the 21st, 2020, and I'm in Durban. It is "our" Human Rights Day because we agents from EVOKE, still united, have pushed the forum during the last six months, to have today's festivity being the first, actual Zero Impact one. We asked and obtained it to be in remembrance of Sharpeville massacre: this event has been commemorated as Human Rights Day in South Africa, since 1994. We wanted to pay homage to South Africa, because it's one of the first countries where our EVOKE adventure began, and where our inspiration was born. So we chose to meet here.

Together with friends and neighbours from the quarteer where we are given hospitality, we found a way to produce our mech-batteries in small series, in a semi-automated way. During the last two weeks we applied those to any handle, knob, lever or button we could find around. We collected kinetic energy from the smallest, most common human activity. We then mounted all the mech-batteries together and we'll use them tonight, to feed small devices realized by students from middle and high school. Those small inventions are exposed in Durban Art Gallery, and they present pieces of interactive art about human rights and what youth feel about them.

As the day begins, music comes up in the air as a warm, scented, coloured vapour. It's arising from every area of the city. Musicians were encuraged to play acoustic instruments; no amplified music can be heard around. An unknown, almost anachronistic mood pervades the streets. Everything sounds natural: voices from people seamlessly mix with footsteps, far nature's noises, and music from wood, strings, winds.
Children are shouting by happiness while jumping on enormous elastic carpets, which welcome their enthusiastic energy and translate it into electricity; that electricity feeds kiosks of notebooks around the city, connected via WiMax to the Internet and available to everyone.
Gymnasiums and sport fields, together with discos and bike sharing services, chose to devolve the energy they collected last night to stalls and booths around the city, instead of selling it to the grid, as they normally do.

A high, coloured cylinder, mostly made of paper, wax and gum arabic, stands out in the harbour. It's a huge sugar battery, which will run all night on expired soft drinks and fruit juices; it will light up hundreds of white leds, forming a sign which will only be visible from the sky; there will be written "HOPE".
Directly in front of the column, a few tens of meters away in the sea, another gigantic sculpture rolls on the water, pushed by the waves. It collects energy from the sea and, as natural light will be gone, it will project a beam of light onto the whitest wall of the highest building in the harbour.
That will be a video, showing what other people are doing around world. It will show how everybody's making his zero impact celebration, and what is he doing tohonour our shared fundamental rights;

Sun is now setting and the enlighted magic is going to begin. Please join me wherever you are, as humans connected in a wh*** big family, in a wh*** small planet. 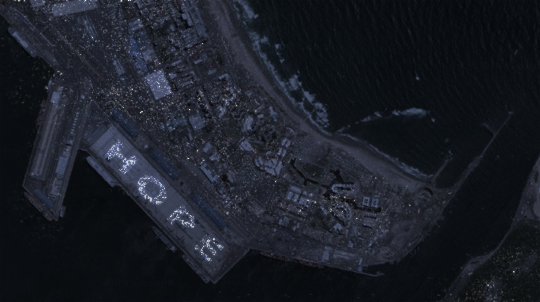 Comment by Maria N on March 30, 2010 at 1:56am
I do not think so that remembering the past is a waste of energy...it is rather learning curve. We shouldn't be repeating the mistakes from the past, but learning from them.
I hope I will be able to join you when enlighted magic begins!

Comment by MoE on March 30, 2010 at 11:46am
Neither I do think that.
Actually, what I meant to say with that line is that things we consider important might have a cost. I believe that we should consider that cost and its consequences, no matter how important to us is the cause which determines it.
But, as you also said, we can (and we must, I think) learn from the past, to find new ways to face old problems. Me must choose what do we want to keep and what are we going to change; it is an opportuniy and a responsibility we have.
And this is exactly what I meant when sayng, a few lines later, "I proposed to the forum to take it as a creative opportunity".
Thank you for joining, Maria, and for your precious feedback

Comment by Sarah Hickox on March 31, 2010 at 5:25am
This is very inspiring. Beautiful writing and a stunning image at the end. +1 Vision

Comment by Shane M. Wheeler on April 7, 2010 at 9:53pm
Probably one of the most beautiful things I've read on here. You have talent. +vision