I've always considered myself as a 'semi-feminist'. I do feel very strongly about the rights of women in society and at the same time, increasingly glad that I live in a country which upholds those rights. When I saw this week's topic, the empowerment of women, I knew that once I began my research I would discover violations of these rights which would truly upset me.

The UK is far from perfect when it comes to gender equality. Domestic abuse is a scourge of the developed world, and although worryingly a growing portion of reported cases are of abused men, it's generally the case that women make up the majority of victims of domestic abuse. According to Women's Aid, a UK charity, two women die every week at the hands of their current or ex-partner (Women's Aid 2009). One in four European women will experience domestic abuse in their lifetime (Council of Europe 30 April 2002), and 54% of all reported rapes in the UK are committed by a woman's current or former partner (Home Office 2007) (PDF).

Bearing this in mind, I turned my attention to international cases of domestic abuse against women. I soon found an article on the UN Gender Equality News Feed about the plight of Naseeba Bibi, a 25 year old Pakistani woman from the city of Kasur in Punjab province. 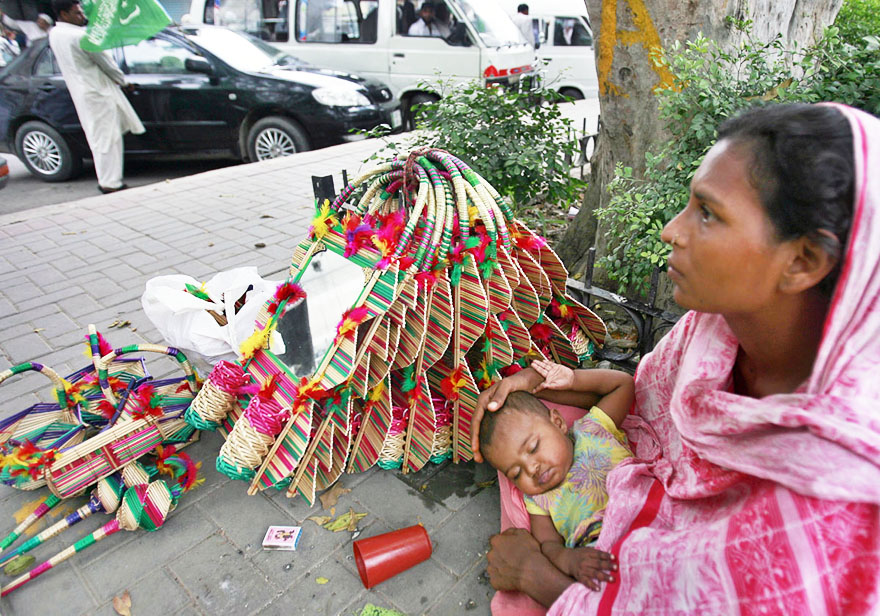 
Enduring daily beatings from her unemployed husband of six years, sometimes with a stick, Naseeba was finally forced to flee for her life with her three children, the youngest of whom is seven months old. Her husband publicly accused her of having an affair with another man and announced the intention to kill her for 'honour'.

Naseeba now lives in Lahore, 55km north-west of her home, in a single room with her children with no water or electricity and sells handcrafted toys on the pavement, which barely provides enough food to feed her children.

Naseeba has no hope of justice or legal protection. As she has had no formal education, she doesn't understand the law that was passed in Pakistan against domestic violence in August 2009. Speaking to the IRIN Asia reported Naseeba said, "If I played any part in putting my husband in jail, his brothers would kill me."

There are two particular aspects about this story that shocked me the most.


Naseeba's case is common. She could even be considered lucky! The article goes on to report that last month, the Human Rights Commission of Pakistan published a report stating that in 2009, 647 women were killed for "honour"... 73 more than in 2008. That's not counting the potentially hundreds more which were never reported.

I am completely left without words to describe my feelings about this lady, who at my own age is fending for herself and her children. We are both the same age. We both live in modern cities. But could our lives be any more different?

Comment by Sarah Shaw Tatoun on May 8, 2010 at 5:39pm
Thank you, Riko. A very disturbing story. I tend to pin my hopes on the fact that there are many fathers, husbands and sons in even the most repressive countries who love their daughters, wives and mothers and want the best for them. I've just finished Greg Mortenson's latest book on educating girls in Pakistan and Afghanistan and am heartened by the many stories of the menfolk there standing against the radical Islamists to defend their women against this terrible distortion of their religion. But your post reminds me that there are always exceptions-- men who care nothing for anyone but themselves and are capable of the most awful acts against the women who are unfortunate enough to be under their control. It is a sobering reminder that we we cannot always rely on natural feeling and need both laws and a general recognition that religion, science and common sympathy converge to require in us the courage to defend the helpless against the strong at all times and in all places.