Katherine M. Flegal, Ph.D., of the Centers for Disease Control and Prevention, Hyattsville, Md., and colleagues examined the latest NHANES data from 2007-2008 regarding trends in obesity and compared the results with data for 1999 through 2006.

“The prevention and treatment of overweight and obesity on a population-wide basis are challenging. Population-based strategies that improve social and physical environmental contexts for healthful eating and physical activity are complementary to clinical preventive strategies and to treatment programs for those who are already obese,” the researchers write. “Enhanced efforts to provide environmental interventions may lead to improved health and to future decreases in the prevalence of obesity.”
(my source: http://www.newswise.com/articles/view/560219/?sc=dwhp) 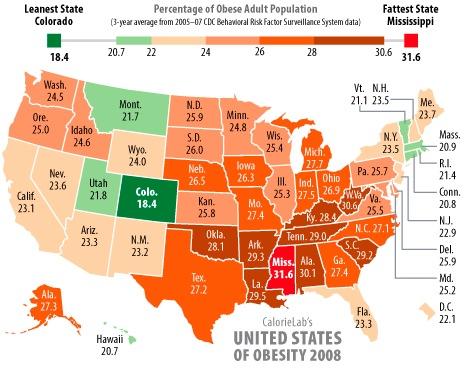 This group could be the solution. Make your votes and idea's count here. Please leave comments and questions below. Let's start a group together to make a difference.

Comment by Brandon Spearman on March 10, 2010 at 2:21pm
I'd definitely be interested in helping you in anyway that I can Jake!

Comment by Jake Baird on March 10, 2010 at 2:44pm
Very cool. I was thinking we can start a group that could meet weekly. Providing it works with everyone's schedule. I figured we could have a "chat room" or if everyone has MSN Messenger or something along those lines. I know it would have to fit everyone's time zones as well. I will edit this blog and create a list at the bottom of it. :) Thanks for your help.

Comment by Emil Dimitrov on March 10, 2010 at 3:30pm
Great initiative! We can explore the Google Wave potential for our meetings. I have few more invitations left.

Obesity is a huge problem all over the world but in the USA with all this cheap KFC and McDonald's food the situation is frightening. I have some friends who went to the USA for the summer to work there and when they came back there was nothing left from their thin sexy bodies. It took them ages to recover, some of them didn't. So maybe the main problem is not in the individual's way of thinking but in the surroundings. Cheap unhealthy food, no time for active sports, stress. These three equal obesity.

The Hashimoto syndrom is the disease of the 21st century. It is an autoimmune disease first described by Dr. Hakaru Hashimoto in Japan in 1912. The Thyroid gland, responsible for the regulation of the TSH hormone and some anti-bodies, malfunctions. The gland cannot absorb the hormone and the bodies properly so their amount in the organism increases. That leads to overweight, palm sweating, eye shadows. I still have these problems but my condition seriously improved after series of food regimes and sport activities.

This is me before and after a 30 kg weight loss: http://www.urgentevoke.com/photo/before-and-after?context=user

The opposite situation is not less dangerous. When the thyroid gland is hyper functioning it absorbs too much hormone and bodies and that leads to underweight.

Comment by Jake Baird on March 10, 2010 at 3:48pm
Here is the trailor link for the doc**entary Michelle Angela Kim kindly shared with us:
http://www.youtube.com/watch?v=5eKYyD14d_0

Comment by Brandon Spearman on March 10, 2010 at 4:44pm
I've got both googlewave and MSN Messenger...and all other types of social networking serviiices so I'm definitely on board lol.

Comment by Jake Baird on March 10, 2010 at 4:51pm
After I get off work I will figre out what everyone's time zone is and what service we can use....and etc. I would prefer MSN but if we need to use something else.....that we have easier access too.

Comment by Stefano Viaggi on March 10, 2010 at 5:09pm
Probably you've already seen this, but I've posted it in case you missed it. Inspiring.
http://www.urgentevoke.com/video/jamie-oliver-ted-prize-2010

Comment by Jane A.W. on March 10, 2010 at 5:29pm
Obesity is a very complex problem... certainly efforts to change the subsidization of industrial food-like products would help - but our lifestyles of sitting at computers for hours on end also don't foster activity. In the US at least, many places aren't 'walking friendly' - no sidewalks or other means to prevent getting run over.

I'd be glad to keep up with efforts on this, if you add my name. Especially as we don't need to be exporting the elements of this problem to other cultures and areas around the globe.

Comment by Jake Baird on March 10, 2010 at 5:53pm
Thanks Jane, after work I am going to send a message to all those who have signed up. We are going to get a good solid working group together and try to get weekly meetings set up.

Comment by Greg Stevenson on March 10, 2010 at 5:59pm
I disagree with Jane for any given individual it isn't a very complex problem. The laws of Bio-Physics are no different from the laws of physics although somehow people argue that they are. The human body is a machine, It requires energy to produce energy. Feed it less energy than it produces it has to use energy reserves (fat) to make up the difference. In scientific experimental studies on that basis no one has been able to invent perpetual motion yet in any system, let alone an inefficient one like the human body. i.e. It cannot put out more energy than you put in. If you take an obese person and feed them 1/2 an apple a day and whip them as they walk/run 20kms per day. You will either kill them or they will lose weight. Really simple!

A small amount of knowledge is missing in the form of knowing to eat the 1/2 an apple and not the candy bar. Jamie Oliver is trying to address that, as mentioned above, but in the same way as we all know smoking is bad for us, we are actually quite aware that certain foods in excess are also bad for us. Lack of knowledge is not the biggest issue it's the whipping equivalent that is the issue. Motivation. Carrot and Stick. I did a bunch of work on building a system to address that a few years ago. Still on the drawing board waiting for investment.