ACT1
Jacque Fresco is a Hero, Fresco is a self-educated social engineer,
industrial designer, author, lecturer, futurist, inventor, and the
creator of The Venus Project. Fresco has worked as both designer and
inventor in a wide range of fields spanning biomedical innovations and
integrated social systems. He believes his ideas would maximally benefit
the greatest number of people and he states some of his influence stems
from his formative years during the Great Depression.

At 94 years old he is traveling the world giving lectures in more then
20 countries throughout 2010. He presents a bold, new direction for
humanity that entails nothing less than the total redesign of our
culture. 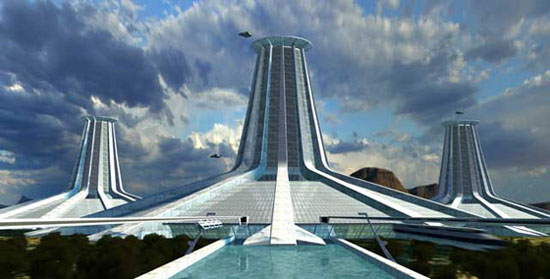 Comment by Gabriel Martin on April 28, 2010 at 1:00am
Amazing stuff, could you recommend any resources for learning some of the science behind this?

Comment by Oliver Kopec on April 29, 2010 at 1:20pm
Here is a play list An often debated topic by those who don't think The Venus Project will work is the notion that we don't have the technology to pull this off. This video addresses this. If you want the full uncut version, let me know.