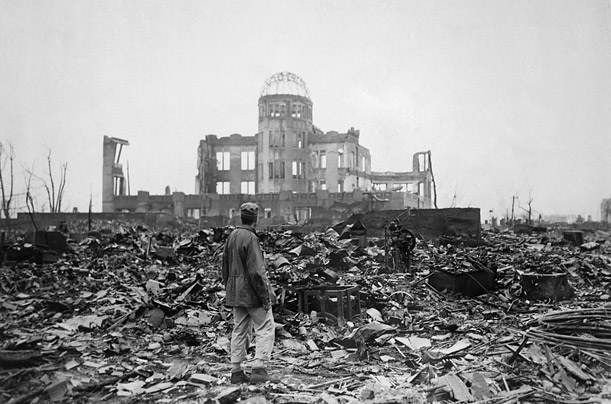 Hiroshima, Japan, 1945
On Monday, Aug. 6, 1945, at 8:15 a.m., the nuclear bomb "Little Boy" was dropped on Hiroshima, instantly killing 80,000 people and flattening the city. A little more than one month later, a devastating typhoon hit the area, wiping out what few roads and bridges were still in operation and killing more than 3,000 people.