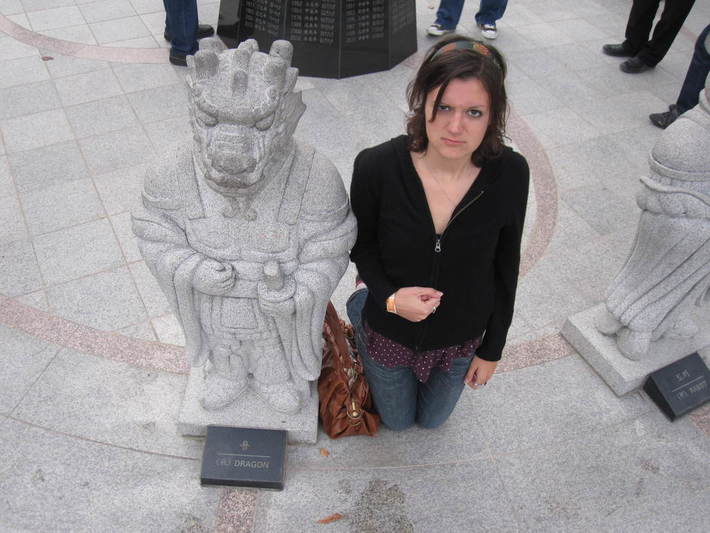 The seat was warm.

His music preceded him; a few surprisingly melodic snatches on a battered harmonica.

He was wrinkled; cubic zirconia studs in each of his large leathered lobes. Shoulders hunched
forward in a standard olive green overcoat, he staggered with the
off-beat roll of a hurrying subway car.

He dropped the arm that held the instrument to reveal a droopy under bite, proffering his other
grubby hand to a nearby passenger. The passenger, an… Continue

Although my passion lies somewhere down in the Caribbean (Hispaniola), I'm currently teaching in Seoul, South Korea, which is certainly a well-off city in one of the top performing countries in Asia. Despite its size and tumultuous history (it has been the continual brunt of invasion and occupation by other Asian giants), the south end of the Korean peninsula has made incredible strides in the past 50+ years of post-WWII modernity. Yet a few miles north of Seoul begins the impossibility (for… Continue

IMAGINE1: Dinner with Dominicans in 2020

I'm just sitting down to dinner with a Dominican Republic family as the sun sets over another long hot summer day. Solar generators are kicking on to light the dinner table, and plates of steaming fried rice with beans and fresh fruits and vegetables are piling our plates as we sit down. I'm passing through this way to visit old friends: almost family, really. I just finished another follow-up mission reporting on the microfinance success stories and slow reforestation across the border in… Continue

Boots on the Ground: the name of his blog says it all. Oh, there are millions of awesome people out there I could have chosen to stalk as I leech ideas and learn how to be a global citizen, but I always go back to Nicholas Kristoff. I started following the New York journalist on Twitter about a month ago, and since then have felt much more up-to-date on international affairs and practical developing world activism. His twice-weekly New York Times columns… Continue