When I was asked to find someone to look up to, follow and be inspired by in the Social Innovation field, those behind Maker Faire Africa was an obvious place to start. As someone working in a job assisting makers, the emergence of Maker Faire within Africa is truly exciting for me. It was first held in Ghana in 2009 and the next one is planned for Kenya in August 2010.

At the top of the organizing team for the event I found Emeka Okafor. He describes himself on his blogs Timbuktu Chronicles and Africa Unchained as a venture catalyst and entrepreneur, and it is that first term that immediately drew my attention. 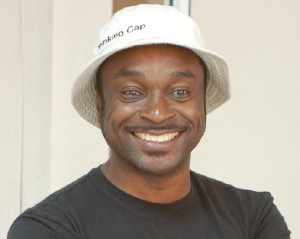 The word catalyst truly fits with Emeka, who was not only one of the organizers of Maker Faire Africa, but also the Director of TED Global 2007 that took place in Arusha,
Tanzania. He invited William Kamkwamba to speak at the conference - whose recorded talk totally blew me away when I watched it last year and helped me (and so many others) begin to understand what is possible with ingenuity and a maker's spirit.


I love how these projects have such a focus on enabling, inspiring and encouraging individuals and communities to create innovative solutions - and at the same time raise the profile of this movement internationally.

Long term, I hope to eventually attend Maker Faire Africa myself, and get to meet Emeka Okafor in person. For now, I have subscribed to both his blogs, followed him on Twitter, and let him know how inspiring I find his work through Facebook - along with a Friend Request.

I look forward to following his work in the future, as well as reading back through his earlier blog posts to continue inspiring me and fueling my passion for Social Innovation.

Comment by Elizabeth Merritt on March 5, 2010 at 6:02pm
Thanks for sharing your admiration for Emka, Ken! I didn't even know there was an Maker Faire Afrika--now I will go learn about it, and about Emka. I like the term "venture catalyst." It conjurs a vision of someone who, without many resources him or hersef, can lower the "activation energy" needed to get something started. Very good. I awarded you a +1 for knowledge share.

Comment by John D. Boyden on March 6, 2010 at 5:55pm
The video is awesome. I'd read some of these stories before. Yes we are, as a world, need to "begin to understand what is possible with ingenuity and a maker's spirit..." Other interesting links too. +1 Knowlege share :)

Comment by Ssozi Javie on March 10, 2010 at 8:42am
@Josh, thank you for sharing Emka and the links to his works. Reading more about him now.

Comment by Deborah Cazden on March 10, 2010 at 10:41am
Great Post and an amazing hero! Thanks for sharing your hero with us.