This update supplies content about the game world. In update 2 I talked about game mechanics and how they codify the practice of social self-mastery. As stated in my original evokation, on top of practicing self-mastery the game provides a platform for education.

The setting is post apocalyptic. People need giant robots to go outside of bio-domes. Those bio-domes are regulated by the Greenkeepers, a sect something like the old stone masons or druids. Knowledge of how to make plants and ecologies 'work' is fragmented following the apocalypse. Different domes have different 'indigenous' knowledge sets about balancing a bio-dome, where, in this setting, indigenous knowledge is knowledge that comes from before the apocalypse. As players go from dome to dome, they are confronted with a pleasantly parceled flow of information about ecological management manifest in the opinions and knowledge sets and current problems of the greenkeepers. A super platform for education. The writing of the ebook for the campaign world section can draw on, among other sources, some of the evokation projects compiling and protecting and adding to indigenous knowledge such as [blank] and [blank]. 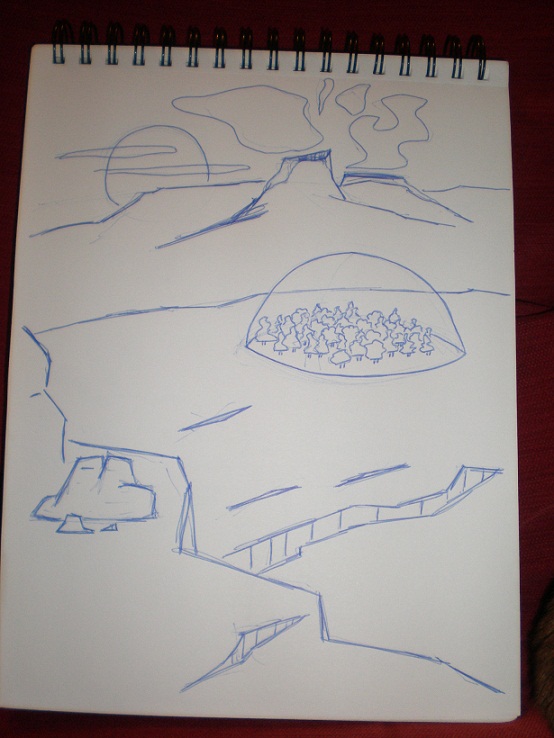 The game takes very seriously its ability to educate and practice social self-mastery, but also being cool and consonant with the table top role play playing climate. This game is meant to compete for the attention of table top gamers. The audience considered self identifies as geeky with a love of cheesy, more or less. In this demographic, the outsider will find a consensus on four basic food groups of coolness: ninjas, pirates, robots, and zombies. While there a diverse range of cool things, they are boil down to these four irreducible groups. (I am of course, being funny. However, I am serious in my assertion that employing these types in a flash video or any sort of game amounts to instant initial interest in the target audience. My source is local insight.)

This next section addresses the campaign world's 'flavour' and what makes it cool, apart from the above. The most basic way to attract initial interest from the table top role player is to offer very cool character types to play. Below I offer 4 cla**** of 'suits' or 'robot's that players will immediately want to learn more about, identify with, and play. 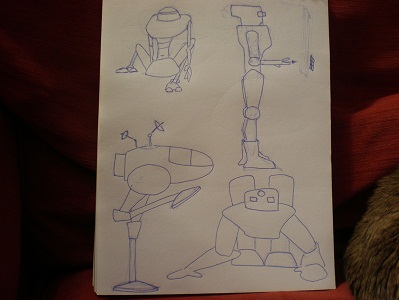 Top left: 'Rabbit Class' - basically the ninja archtype. Look bad@ss and together, be agile, look serious and graceful, and have grasshoper legs. Game function/ basic advantage: mobilization. In this game, because of the theme of self-mastery, the physical ability to mobilize (reflexes, taking action quickly) is mirrored in social ability.

Top left: 'Tinker class' - basically the pirate archetype. look a little weird, be augmented by technology (eg prosthetic hands where the constraint is unorthodox-ly useful (ye ol' hook)), and exert efficacy over stuff - in this case, make technology do what it isn't initially designed for - salvage, tinker, innovate.

Bottom left: 'Recon class' - the lore master. This thing extracts more useful information from the environment that any other class, and is excellent at data-mining, assimilating information, parsing it and clarifying it.

Bottom right: 'Guerrilla Class' - the jack-of-all trades. Strong but agile, aware and dexterous (creative), the guerrilla collaborates well with every team, with the ability to add value to the work of any given specialist team member or make up for a teams weak point in its skill set. Backward knee like the rabbit and recon.

Then there is this bad boy: the 'Demolition class'. *gasp!* Yes, there is violence in my game. This is for 15 and up folks. And penetrating the table top RPG market share. My audience is not the sort looking for violence free TV; my audience will see Iron Man 2 on opening day, and there better be some decent action to go with a decent story. So what does the Demolition class demolish? Well, zombies can create martial conflict (see evocation update 2). But that is tertiary and tragic conflict - the main function of the demolition class is to tackle the Junk left over from before the apocalypse. Because the Junk is not happy; all the intemperate, technological bile left after the apocalypse is angry. So you can see why the historians want to make peace with the past so badly. 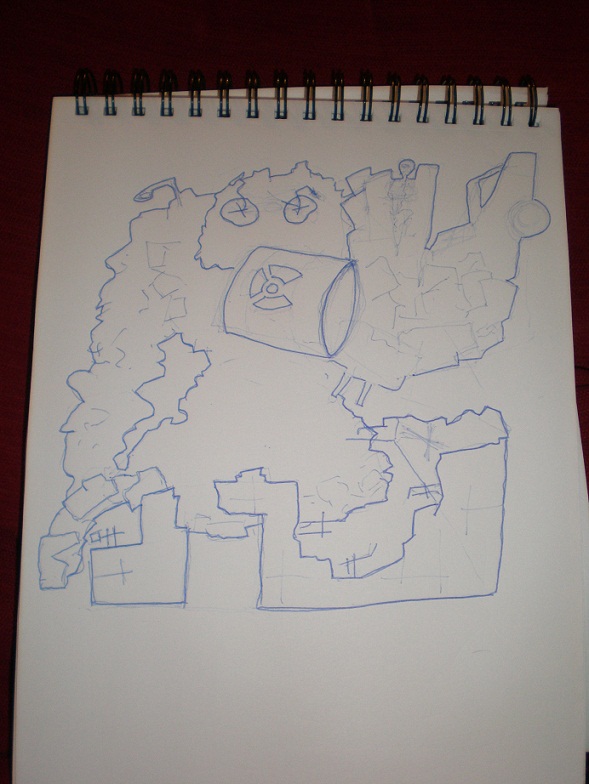 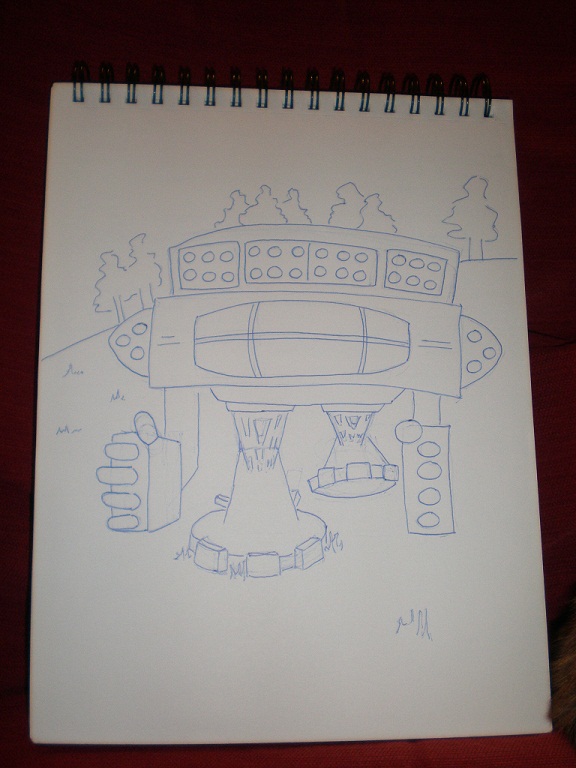 Due to the nature of there job, they are prone to be severe and aesthetic - the opposite of excessive and loose.

Only with the skills of all the cla**** combined, in alignment with the greenkeepers and historians, can the post-apocalyptic future hope to set us on the path to regain our lost land, sea, and sky.