Who else is inventing creative, sustainable ways to power our everyday lives?

A Lebanese inventor has designed a device that would generate electricity from people running inside it, His name is Nadim Inaty. He has drawn up plans for Green Wheel or its also called Human Hampster Wheel for Energy. The wheel has a 3-meter diameter. Runners would enter it and rack up the miles while they did so, steel cylinders would capture the kinetic energy and store it. Inaty claims that running on Green Wheel for 30 minutes would cause enough watts to power a laptop computer for two hours or a thick fluorescent light bulb for five hours. In Inaty's dream scenario, multiple Green Wheels would feed into an electrical storage unit that could power nearby street lamps or traffic lights.

The design has captured discussion on the Yanko Design website, which hosts Inaty's plans. Inaty said that he envisions Green Wheels placed in urban settings that have a nice view, but not necessarily miles of great running routes. 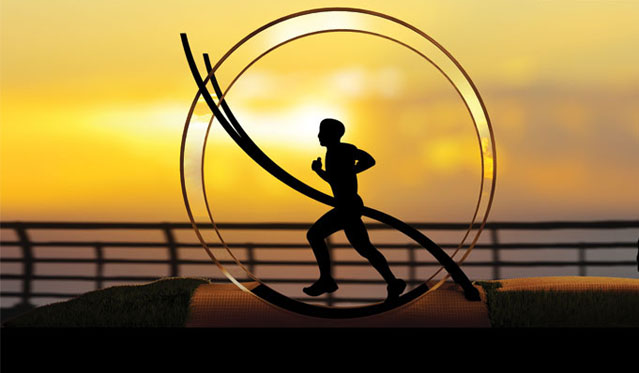