CREDITO
It is 2a.m. and I hate getting up early for things which aren't truly sensational. Fortunately enough, the truly unsensational ring of the satellite cell-phone was followed by big news. Money was a thing of the past. Ok, let me get this straight, some anonymous guy wakes me up in the middle of the night, in the middle of my sleep, to tell me that some big diplomat on the other side of the Earth has just declared that my 120,000 euro deposit in the bank is useless. Just a load of numbers. Ok,now I know that there is something worse than waking up this early; 'Waking up this early and finding out that your life, represented by money, is just vanished.
Well, maybe not exactly, as I understood later on. Reading the electronic newspapers given out in the hovering newsstand. There is more to it than my life's savings just going 'Puff'. As I read the article, I knew things weren't that bad, and no, they were not even worse... As a matter of fact the only lines which were truly of any importance in the wh*** article, apart from all the tabloid sensationalism present, were the following:
"Governments from more than 120 states from around the world have agreed to create a unique exchange value, known as the credit. Every bank will see to it that all the money deposited is converted into credits via a conversion rule which is specific to each state."
Well, you might say that that is news. Too few though. No one would understand this article, and they would probably mistake it for a fake, a hoax of some sort. Good for me that I'm working for the E-Times, and that anonymous phone-call was my boss. I like my Boss, he always has a tremendous way of making you feel at ease, knowing that you either do the job, ANY job, or you are out of the job. So here I am, taking the Intercontinental metro line which stops at TOKYO to then take the International Subway line to China.
So, here we are, President Charlie Brand of the USA is probably behind all of this. Hell Yes he must be, I mean, the Dollar has never been at it's lowest, and before things turn out even worse, it would be sensible of him to change the Currency into something which would favour his nation and fast. What would the Credit mean? Can such a sudden change in World affairs change the balance of power? Is this truly a new beginning? Where every state can truly start from anew? Or is it just one big conversion, and nothing will change? I will have all my questions answered in just a couple of hours, as I am to meet the Head of the project called: CREDITO.
What would you expect from a project who's slogan is: Shaping a better tomorrow...? Well, I leave that to believe to the ma****, I am one individual on one mission, to bring you the truth. Unfortunately, it is not as rose-tinted as it may seem. This Credit will not save the world, on the contrary, it will do what Western Nations know how to do best and that is: Make the rich ever richer, and the poor ever poorer. The Credit will create huge economical differences between developped states and those which are dependant on aid. I really do not see the purpose, less jobs for all maybe? Less culture, due to local money identity being lost? Yes, it seems like a gigantic conversion is on the way, as Professor Xhang Liu told me:
'The World was not ready for this. Before doing such a thing, we first had to ensure that every nation had an adequate GDP per Capita index and Local Wellfare Index, this huge standardization will lead to nothing positive in the short term if not a simplified way of trading. As always the great winners are the Banks, and those behind them, the rich. The poor gain nothing apart from the pride of being part of a system which is able to decide for itself. The real problem, is that people are led into thinking that the CREDITO system is what they want, and as long as they are represented by their government, they will feel united in the short-term, believeing that they will gain from this. But when they will realise that they haven't actually gained anything, there is going to be spread malcontent everywhere.
The bottom line is: never get up this early... especially for something that will not be of any use... 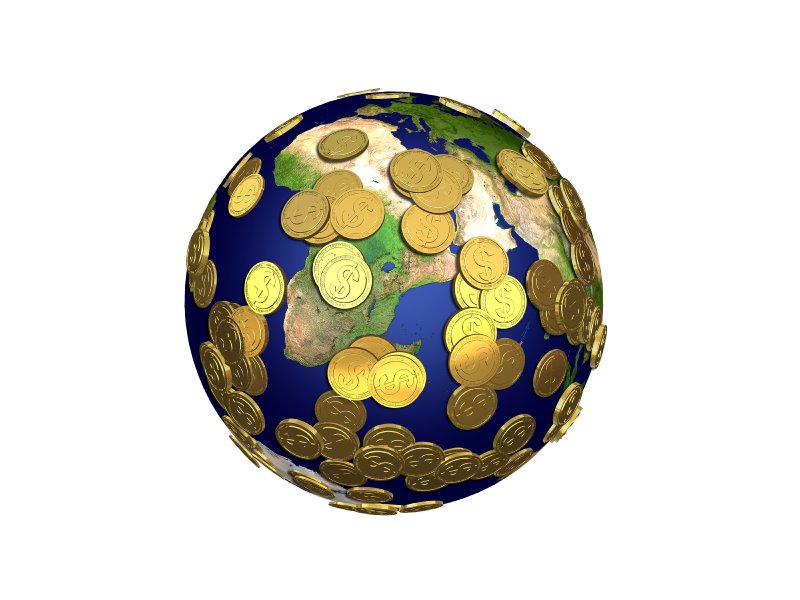 Comment by A.V.Koshy on April 10, 2010 at 6:04pm
good post let me see if a conv can come up here - to start with can credit and money not e caled the same thing
a rose by any other name would smell as sweet. money would stink anyway banks still rule
go on