(this is only a drawing because i don't have the programming skills to construct it yet, and I don't have a camera, so couldn't make a mock-up and photograph it. so drew picture in MS paintbrush.)

From an evolutionary perspective, mankind is still immature; industrialized humankind, balancing tenuously between the ecosystems of the world and non-technological/indigenous cultures, is still more immature. The North American Hopi First Nations tribe, and the South American Kobi First Nations tribe, have similar ancient teachings concerning their relationship with our living planet and with burgeoning industirial cultures.

For hundreds of years, the Hopi, Mayan, Kobi and other indigenous peoples have told their prophecies of the tenuous balance between humankind, other living systems, and the living earth. From this perspective, their predictions concerning the current world crises of food, water, economic, environmental and educational/spiritual insecurity come into focus with the need for, and possibilities of, innovative solutions, which replace materialistic worldviews with the more valid view holding technology as only one aspect of humanity, which must be brought into harmony and balance with the sustainable Earth knowledge and wisdom of indigenous peoples.

At last, in 1993, the Hopi, Kobi, and many First Nations peoples, were successful in telling their prophecy in front of the United Nations--at the start of the UN Year of Indigenous Peoples. The Hopi and Kobi prophecy "stands in sharp contrast to the worldviews, value systems and lifestyles of indigenous and traditional peoples, which are only now beginning to be recognized as valid in their own right and possibly critical for our very survival as a species." 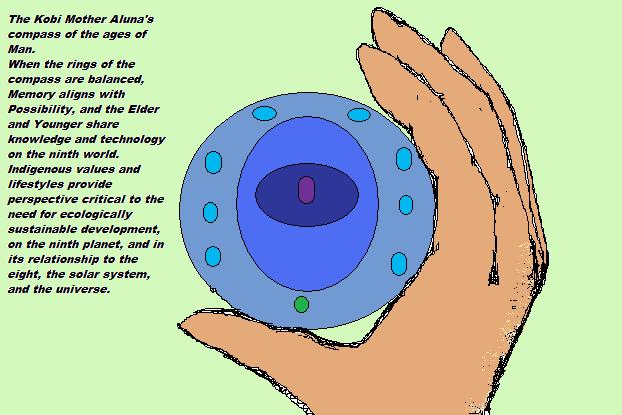 Comment by A.V.Koshy on April 23, 2010 at 7:50am
great stuff, i have read the hopi scriptures but have not heard of the other tribes