Phonographs and Records of History

i believe that lasting knowledge media should be both rugged and carry as much information as possible. instead of making a record of a specific piece of knowledge, i decided to try to make an artifact that can keep any type of knowledge. i decided to make a portable, hand-powered phonograph.
http://en.wikipedia.org/wiki/Phonograph
old wind-up/crank phonographs (record players) that are over 100 years old still work. their simplicity survives the harshness of time and space. a simple hand crank would also be easier to figure out than a more sophisticated system.
the main problem is the records. records are quite fragile and tend to break easily. important records made for my phonograph would need to be made from metal. a read-along word and picture book, in several different languages, should accompany each record as well. small flip-books could provide some animations to highlight certain information or techniques.
so far, i have assembled a prototype out of cardboard; i intend to make a plastic or metal version. 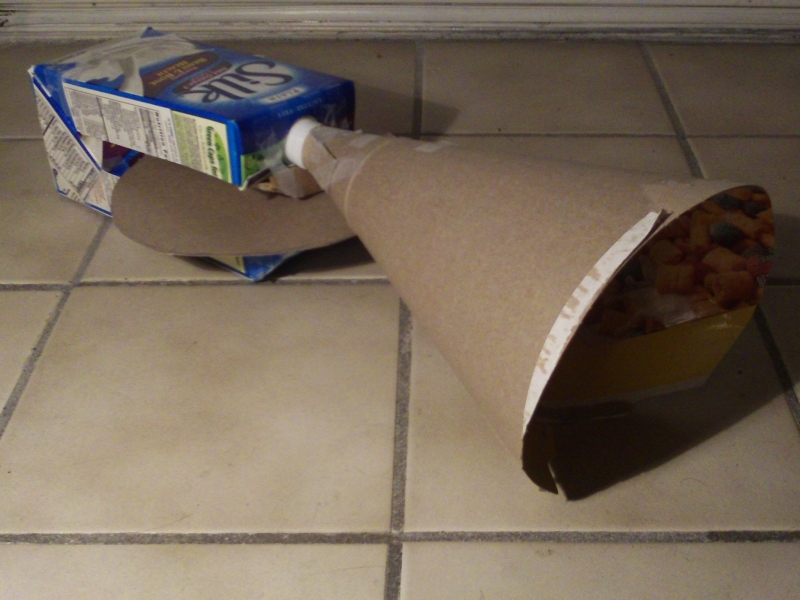 the amplifier horn is removable. 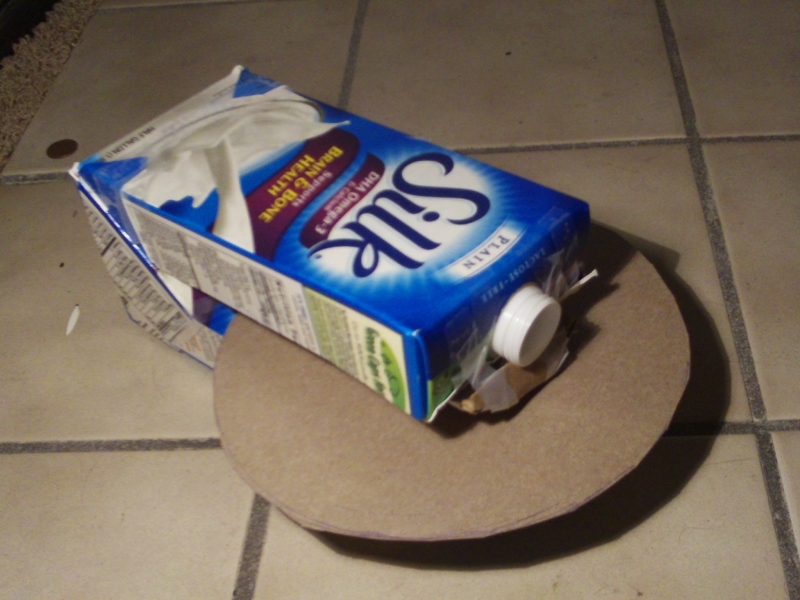 the top half is a sounding/reverb box. the needle travels along a shuttle, with the record itself driving and guiding the movement. the bottom half houses the simple machinery that turns the record.
i fully believe that if one of my special phonographs and sets of records and books are discovered by a civilization in the future or far away, those beings would be able to figure out how it works very quickly. a live voice speaking, in conjunction with the source books, would provide a rather vivid history of our world.