Thad Starner from Georgia Tech and Joseph Paradiso from MIT have calculated the amount of power that could be captured by human activity such as breathing and walking. Details can be found in their book chapter at … I created a dark site for Felton CA based on a template found in Google Sites. https://sites.google.com/site/feltonemergency/ provides local status and contact information, as well as links to other information.

LEARN10: What Happens Next

WHICH great challenges and social problems should the EVOKE Network tackle next?
EVOKE should focus on local resiliency to peak oil, climate change, and economic instability.
WHERE in the world should the network try to build up new EVOKE communities?
From the agent map, it seems we haven't had any Russian agents, so that would be a good area to…
Continue 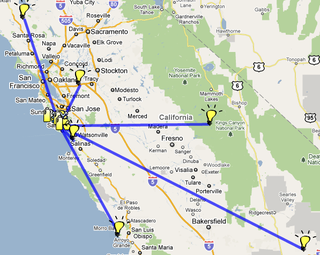 I live in Felton, CA and decided to create maps to look at the resources currently available in 2010 and how they could be improved to increase resiliency in…

LEARN8: Bund Use in Burkina Faso

The case study I looked at was MOSSI FARMERS OF BURKINA FASO REVIVE TERRACING AND WATER HARVESTING PRACTICE. Early this century the Mossi put up lines of stones (bunds) on their cultivated land to build up terraces. Because of political instability this method was later abandoned. After a series of droughts in the 1970s,… Continue

MoE's HOPEPHONES project is organizing the collection of cell phones for Hope Phones. Today I received a collection box from Hope Phones, and it looks like this: Friendly, but generic and not descriptive of who we are and what we're trying to do. I'd like to get people's ideas…
Continue

The WomenWatch story I investigated was New study shows significant drop in maternal deaths. I was curious which countries showed a higher drop and if any actually increased. I found data for 2000 at Many Eyes and data for 2005 at… Continue

LEARN7: When All Else Fails... Amateur Radio Works "When all else fails... amateur radio works" is a motto of the American Radio Relay League, the national association for amateur (ham) radio operators in the United States. How does it work? In times of disaster, telephones, cell phones, and Internet connections all have to go through many vulnerable choke points and need electric power to get a message out. Even if the system is… Continue

I was inspired to join MoE's HOPEPHONES mission and donate my old cellphones. I also sent away for a collection box for my community.
What happens when cellphones are donated to hopephones.org? From the FAQ:
Phones are processed by our recycling partner, The Wireless…
Continue

For my first time using micro-loans, I decided to use Kiva to lend money to Prossy Namutebi Guzibwa. 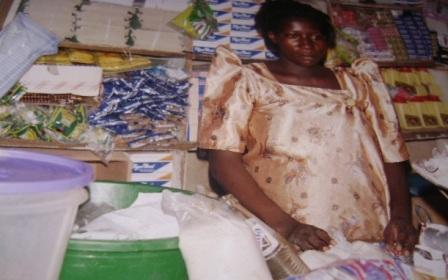 She is a resident of Kiyunga, Uganda, and owns a retail shop which she has been operating for over six years. She is using the loan to purchase retail items such as cooking oil, books, ground nuts, soap, sugar, and salt to sell in her shop.

The amount of information shared on EVOKE can be overwhelming. One good proposed solution is standardized tags. I propose we also use argument maps, which are a way to organize issues (questions to be answered), ideas (alternative answers for a question), and arguments (statements that support or detract an idea or other argument). They are being used in MIT's… Continue

LEARN6: Iran as An Example of Reducing Population Growth

In Plan B 4.0, Lester Brown gives an example of how family size can be quickly reduced:

At any given moment, about half of the world's poor are suffering from waterborne disease, of which over 6,000 - mainly children - die each day by consuming unsafe drinking water. Today, more than one billion people of the world's population are without access to safe drinking water, causing lack of safe water supply to rob women and young girls of dignity, literacy and time.
Safe water interventions have vast potential to…
Continue

eSolar is developing Concentrating Solar Power projects. This Sierra SunTower on a sunny stretch of desert in Lancaster, California is the first CSP solar tower of its kind in the United States.
eSolar has designed heliostats that are smaller than the industry norm, allowing for pre-fabrication, mass-manufacturing, and easy installation, thereby reducing production…
Continue

The biggest challenge to local food security is sustainable food production. A current innovative solution is organic CSA. Over the last 20 years, Community Supported Agriculture (CSA) has become a popular way for consumers to buy local, seasonal food directly from a farmer. Here are the basics: a farmer offers a certain number of "shares" to the public. Typically the share consists of a box of vegetables, but other farm products may be… Continue 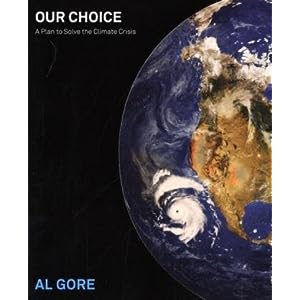 I've been reading Our Choice by Al Gore, and I'm finding its a great overview of the issues involved in climate change. I'm shadowing Al Gore through twitter to keep up to date on his thoughts:…
Continue