I know Radhika Darbari has also chosen WaterAid so please go and check her post as well.

WaterAid are doing amazing things and they have a really sound strategic approach to their interventions. I've been reading about one of their projects in Konso, in southern Ethiopia,… Continue

I'm imagining that I've found something completely safe to colour the water with. In every large city in the world, agents add food colouring the the water supply. Everywhere the water pipes run in that city, the water has turned green. The dye breaks down harmlessly over the course of the day. Paler green, and paler, then it's gone.

Meanwhile, air force aeroplane crews from all nations are collaborating on a secret mission - the green water drop. There are still one or two areas… Continue

Prayer for the day

God of the broken, God of the wanderer, Christ who is without shelter, surround those in deep need among us. Surround them and help us hear their cries for help. We are a people who long for the broken to be mended. We long for justice in the face of much corruption. We want to practice hospitality but have legitimate fears. Surround us in our trying times and help us to reach beyond ourselves. We confess we are bogged down by so much need in the world. May we have the courage to stand for… Continue

Eating with partners and other vendors in Tokyo

I need to get back to our lodgings to catch up with the kids but I'm staying for a bowl of soup before we go. I've been working with the kombu harvesters and they make the best stock so their soup is amazing. They've been trading with the growers in the harbour and the rooftops so the soup is rich with bean tops, radish, shi-itake mushrooms, bamboo shoots and… Continue

We run a dehumidifier every day during winter to take moisture out of the air so we don't encourage mould in the house. I've been thinking about how else that could be powered. 
I think it could work if I had a pull cord with a handle at the top of the stairs. As people go down the stairs they could… Continue

I want to tell you about the Saran Renewables projects in India. I heard about them on the Community Channel because they won an Ashden Award last year. They are using sustainable sources of biomass to produce a reliable supply of electricity a fixed number of hours a day.

The real price of oil?

So the work equivalent of the energy in one barrel of oil - over a decade of human labour. Oil is an incredibly concentrated form of energy.

I tried to break it down a bit further, to get my head round what it really means: (please point out if I have made a mistake in… Continue

It’s been fascinating starting to read about this subject. I have been thinking about food production for a while from the agriculture side but I’ve not read the FAO food security reports before. I am starting to take my interest further by reading a little about the social geography of food.

I found the FAO food security report for the UK. The population density… Continue

It's taken me a while to find the person I really wanted to shadow for this mission and I’ve found some other resources that I thought you might be interested in, so I am telling you some of what I found on the way. I started looking at the Consultative Group on International Agricultural Research. I found CGIAR Climate on Twitter and their… Continue

Odd that there's a shortage in Tokyo, since that's where hydroponic rice growing was pioneered. How fast can rice be grown to maturity hydroponically? 30-60 days is mentioned - perhaps the outer edge of that represents maturity for measurements of seed mass? Perhaps, as they suggest in the article, the energy input is too high to allow it to be possible?

It would be good to track… Continue 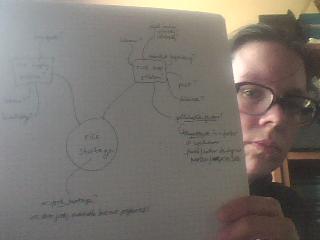 Not sure if that is legible. I did some plant pathology course during my first degree so I've sketched out a few lines of investigation from what I remember.

Rice shortage could have many different factors - the first investigation for me is why is there a shortage of rice? Is there a general food shortage or only rice? Are alternative foods…

I think it might be possible to feed a lot of people on potatoes.

Growing medium is an issue - it is possible to make some kinds of growing medium pretty fast: chicken manure plus stuff from food waste like coffee grounds. I am drawing diagrams for a system to make growing medium alongside the growing potatoes to add as required. Now it's probably clearer to people why I am breeding chickens! Chickens can feed off worms, yeast and scraps of plant material in growing medium that are… Continue

ZERI have some great food security projects like this one: pigs, fish farming and polyculture veggies.

"The students at Montfort Boys' Town collect the sludge from the local brewery in Suva. This free input of barley mash becomes perfect substrate on which to grow mushrooms. This provides a local food source and more practical skills for the students.…
Continue

Just come in from the garden. We've planted some beans, lettuce, and radishes in the vegetable bed, made up some planters for the street display and finished mulching up the fruit beds with straw and manure. The older kids are taking off wellies and washing hands. I'm just sitting down to nurse my youngest and I get the baby latched on before I answer the phone.

"We've got an urgent evoke for Tokyo, can you come?"

I saw this and thought you folks would be interested. Of course we are mainly going to have to do retrofit but the more of these there are already built by 2020 the better! Gordon Graff has designed a high-rise block, the SkyFarm. This block has the potential to feed 35 000 people every day using hydroponics.They also mention that growing food vertically in… Continue

What's the latitude/longtitude of Tokyo?

What's the land area it covers?

What's the growing season length? When is the last frost usually past?

How many hours of daylight?

How many people are likely to be living in the Greater Tokyo area in 2020?

What is the density of people/Ha? 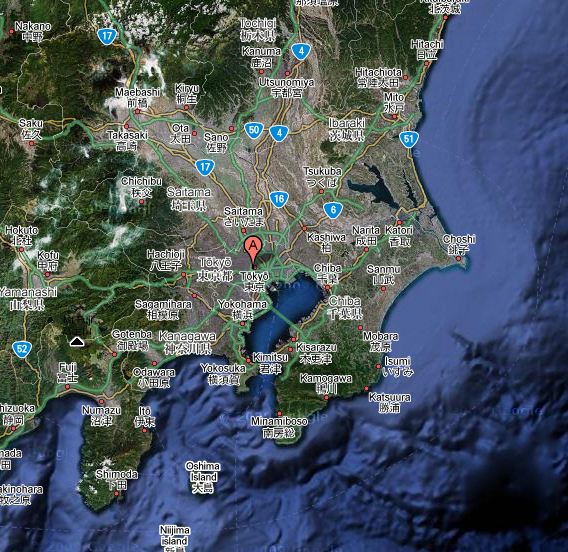 All of us together are smarter than even the brightest of us is alone. There are a lot of different learning styles. People think about things in different ways and what we need to know might come from any of us. People at different stages of life and with different background can help point out the 'blind spots' in other peoples' thinking. There are some great tools and skills already in existence to keep communication happening through decision making.…

This past weekend was the annual celebration at the lake house in Connecticut. It is amazing that the lake is still so clear and beautiful after all these years. The watershed association has done a wonderful job protecting these waters from the damaging effects of development.The wood grill was finally ready to cook on, so we didn't miss the propane tank fueled grill anymore. The food actually tasted fresher than in the past and was easy to keep fueled.Dad was very proud of the solar hybrid…See More
Monday
0 Comments