The network aims to discover agents who have talent and enthusiasm for positive change in the world. These are people of all ages and nationalities who may have been overlooked and who may have themselves overlooked their ability to be of real use.

The Mau forest in Kenya has lost 25% of its trees to deforestation. Settlers cut the forest for agriculture, but the loss of the trees means reduced rainfall and the forest is the water tower for the country. Lakes and rivers are drying up. Willie Smits reforestation in Borneo shows that regrowing the forests can work well for the people who live there, bring money,bring back rain and provide shelter for wonderful biodiversity.

What would happen to the world if everyone tried to… Continue


* WHICH great challenges and social problems should the EVOKE Network tackle next?

* WHERE in the world should the network try to build up new EVOKE communities?

I think Evoke could be working more at two levels. As more people become involved real world projects could accommodate Evokers for a season. Evoke could establish links with or aim to help set up local projects.

* WHO would you encourage… Continue

Transport is likely to be a problem in a major pandemic. Individual lorry owners will be called upon to volunteer to bring in urgent supplies and in return will be given preferential fuel pa****. Locally individuals will use volunteer private cars/vehicules network to bring medicine and food to the houses of those who are too ill to manage on their own but not so ill they need to be hospitalised.
Being useful and active in helping others during the pandemic will give voluteers a sense of… Continue

I urge everyone who is interested in changing the world to listen to this 13 minute talk by Esther Duflo
She shows how scientific method and trials can evaluate the efficacy of aid campaigns. She tells us that we can forget opinions and guess work and work towards real understanding and practical knowledge.

I am looking at the wonderful resource of traditional medicines from indigenous rain forest regions and seeing how the forests are getting mown down, slash, bun and palm oil.

YouTube banned Greenpeaces protest video (don't click this link, you have been warned http://www.greenpeace.org.uk/files/po/index.html?gclid=CIO-gqL5n6ECFSJl4wodO3_YvA
if you do click it don't watch the video it is… Continue 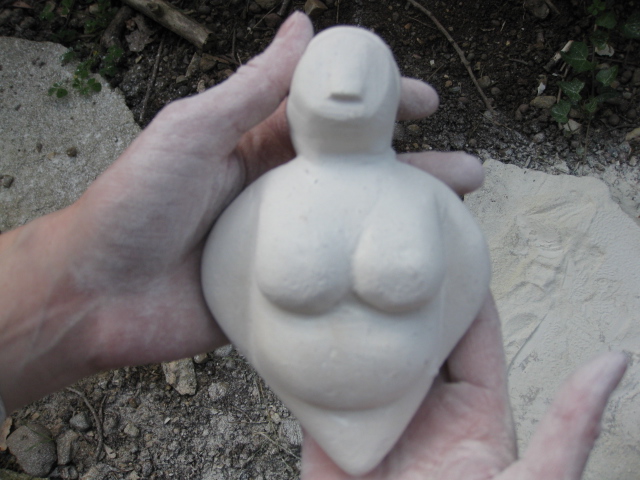 I am trying to make a Venus of Willendorf type symbol the original (below) is 20 to 30 thousand years old. It is not clear what it symbolised when it was made. I take it as a symbol of a matrilinear orientation, she is a guardian of the home and the fire.

It is a symbol that expresses the value of a society which provides a stable environment for families to flourish. This type of society is… Continue 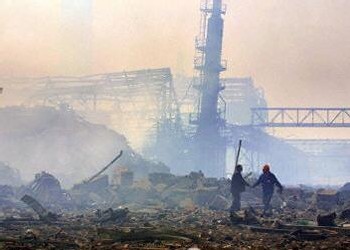 In 2001 three miles from my city centre a fertilizer factory, part of the Total group, blew up. 30 people died, thousands were injured and a pall of fumes hung over the city.
There could have been many more fatalities. Directly across the river there was another… Continue

Rawa wasn't one of the global projects designed to provide equal education and economic opportunity to women by the game but as an afghan womans organisation set up in 1977 it seemed like one that should have been mentioned and was the one I chose to support. Life in 2020 for Afghan women has changed greatly. One of the daughters of the Afghan poet and leader Massoud is now president, she is nationally and internationally respected and her…

This is from the Afghan Women's Organisation news feed.

'The US "War on terrorism" removed the Taliban regime in October 2001, but it has not removed religious fundamentalism which is the main cause of all our miseries. In fact, by… Continue


If you follow the links you can see that it is not easy to donate to them there are a number of methods, the easiest is by card but you have to do it through another aid organisation in America.

It might help to set it up for them directly. I don't know how to do… Continue

Abandoning Female Genital Cutting/Mutilation in the Afar Region of Ethiopia - 08
April 2010A smile formed on Dohra Al
i’s face when she recalled what her eldest
daughter asked her a couple of years ago.…
Continue

It would be wrong to think that inequality is an islamic problem.

I wrote this after reading Evokes week six story.

It would be wrong to think that inequality was an islamic problem or something caused by islamic militants.

Although only 20 economies have equal rights for women and men in those countries it is obvious equal rights don't mean equality. Equality and Women's rights are live issues where ever you find yourself in the world.

I have just tried to see a.v.koshy's page and I can't find it. First I tried the leader board link because I was interested to see what he had written for Imagine5, it didn't link. Then on my friend page he seems to have disappeared.
Can anyone help?
Thanks

1. Along with learning a bit about money and alternative finance this week I have been able to put some of this learning instantly and easily into practice thanks to Mark Mulkerin's excellent new Evoke banking system.

2. Through the Evoke Kiva group (which was wonderfully easy to use) I was able to make a micro loan. Thank you and well done for setting it up to… Continue

Wintermute says 'There are 15,000 Evoke agents and I am only friends with 150 of them. I am magnitudes away from being in touch with everyone.'

Wintermute says 'There are 15,000 Evoke agents and I am only friends with 150 of them. I am magnitudes away from being in touch with everyone.' He is doing pretty well all the same.

I would like to know how many of the 15000 are participating and continuing to participate. Is there a list somewhere of these people and how many are on it? The list with the newest heroes and emerging heroes is good but in… Continue

Change the future of money forever.

The triple bottom line: people, planet, profit has the ability to change the future of money forever. Not as a new money system but a new way of using the old one. A new type of accounting. In businesses money or profit is traditionally the bottom line but some businesses and… Continue

The Youngest Headmaster in the World.

For some reason Sophie Sensuryia's blog reminded me of a story of another hero. I came across some months back on the BBC website.
Barbar Ali was one of the few children of his village who were able to afford the bus fare, clothes and costs to go the local school some miles away and so… Continue