I am following Kerstin Forsberg from Ashoka Fellows group. She is helping to educate and empower coastal communities to sustainably manage their marine environment while also becoming primary players in developing comprehensive and mutually beneficial collaboration with other organizations, businesses, and governments that operate in the ocean ecosystem. I liked her the most because there are a lot of marine lives out there looking for our help, and she is someone who dove in to assist them.…

What you have matters more that what you lack

I favor "What you have matters more than what you lack", because it's important that you understand what your surrounding objects can help you do than what you think of having will help you with whatever. You might not know it, but what you have right now will be much more useful than what you can go buy in a store.
LEARN1

Ned Breslin with the Play Pump

Ned Breslin, the CEO of Water for People, was very creative to come up with an invention such as this one. I learned about the topic last year and though is was fascinating to see how he cared for the people that couldn't get water before the Play Pump.

In 2020 I will make a giant sink in the middle of Atlanta. It will slowly be dripping water and it will attract attention of hundreds. It will be a fundraiser. With every 1,000 dollars donated to the sink it will stop dripping a little bit. People will donate because there will be an plaque educating them about how much water a dripping faucet can waste. We won't really be wasting any water, but it will make them see how much they need to pitch in and help. Eventually the sink will stop…

Q drum- rollable water carrier in developing countries. It saves lots of time, effort, and injuries. Carrying those big bins over your head can cause back problems and more, and wives and daughters spend most of their time carrying water miles to and from their houses. I think this is a wonderful invention. 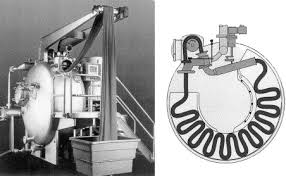 i cant find anything more brilliant than this because it's fun and useful.

In 2020, I would like for my food to have been prepared completely locally. Locally grown vegetables, locally grown fruit, locally grown herbs, and local livestock. Rather than being pumped full of pesticides and hormones that are potentially unsafe for long-term consumption, the food is all organic and humane. It tastes much better than the overly procesessed food today that is prepared halfway around the world, frozen, and shipped here.

My wife and I have been working on an herb and vegitabel garden at our home. Even in the small space that we have dedicated to the garden, we grow way more than enough for the two of us, so we also share the herbs and vegetables with our neighbors whenever they need them. Of course, we aren't anywhere near self-sufficient, but it really makes you realize that self-sufficiency is possible within small groups of families.

I have been reading up a bit about vertical farming, a great idea that could help alleviate food shortages in major cities and urban areas. Here's a video from a TEDx event with D***son Despommier talking about it: http://www.youtube.com/watch?v=XIdP00u2KRA
Of course this isn't just a great idea for huge cities, but it's a great idea for anywhere, including right here in Charleston, where land is expensive and difficult to come…

Like food, the global supply of water is poorly distributed. While there is an abundant supply of water in some parts of the world, there is barely any water in other parts. Also, there are many contentious issues related to "sharing" water resources in some regions, such as the Middle East.

For World Water Day 2020, I would call for a global conference to discuss the water distribution problem. This conference would be along the lines of United Nations Conference on Environment and…

I am a supporter of Water Missions International, a Charleston based, global NGO engaged in bringing clean water and solar energy to impoverished, rural areas and disaster-stricken communities around the world. As I also serve as faculty advisor to student groups engaged in global issues, I will propose that those groups become official "Water Missions International Ambassadors" to become more involved with the work of that NGO.

Although many of the solutions for the water crisis rely on collecting rain water and using carbon-based filters to ensure health, I am most attracted to these techniques. Where possible, rain water collection is inexpensive, relies on simple technology, and individuals can do it (and manage it) themselves. At the most basic level of the individual home, the roof top is fitted with a gutter system and directs the water into a storage tank that is outfitted with a pump and a filtering system.…

A holiday I will be celebrating in 2020 is my birthday. Besides maybe Christmas, I think they are the most fun. I like to go to lake houses with my friends over the weekend for my birthdays and maybe I will be doing the same in 2020. The boats will be powered by hydroelectric power, using the water as its energy as it goes through the water, and the house powered by solar energy for the electricity.

It is the year 2020 and I am celebrating Christmas with my family. Some things have changed since the year of 2012, such as they have made another ecofriendly lightbulb that supposablly takes plain filtered air and mixes it with a special type of gas and causes it to light of when friction is applied to it. I think it is a great invention and it is an amazing help for the environment too. Even though it is good for the environment I feel it does not work as well and as efficiant as the old…

My idea has to do with lamps. It would be cheeper if all lamps and their lights were made out of a material that glows in the dark. I dont know how but it would need to be really strong because in order to see in the dark in your room it needs to be really bright. I do not know what type of material is capable of that.

well i really would say just put a mini solar panel on the back of it so if its sunny i can charge it. there is also the energy saving thing when there's a chip that you plug in and it it charges. i ca invent a thing that charges it while you run or jog. that would be an alternative to plugging it in and wasting the earth.

On February 6, 2020, my birthday, I will use all my power to go green. I will try to use as much solar electricity power as I can. From cooking food with solar ovens to using solar energy for lighting.

notes to a new life

A lot of people play an instrument. If we could connect some instruments to make power, we could enjoy what we play and still have another good source coming out of it. Who knows that might just give people some new song ideas