Water is the common name applied to the liquid form (state) of the hydrogen and oxygen compound H2O. Pure water is an odorless, tasteless and clear.

It is one of nature's most important gifts to mankind and is extremely essential to life. Man cannot live or the body cannot function without it. It is one of the most essential elements to good health; necessary for proper digestion; and helps to rid the body of its waste.

Health experts have emphasized that we should drink… Continue

The economic transaction I made was donating £5 to the Kiva micro-loan company that enables people in other countries to receive small amounts from people to start businesses or establishments on their own. I thought this was an interesting idea as it allows people from poorer backgrounds to become sponsored and fulfil ideas for success that they would not have been able to achieve without the help from others. However, I did read about the corruption in India after I had donated the money… Continue

Managing Panic in a Pandemic 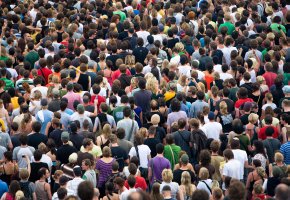 Every year we have at least one big panic. The matter will be made ​​but only by the media to panic. Sure, the media must operate well. So they make their money. Many people are influenced by the media. I wrote about it in an older blog post of mine. An example of a panic would be the dioxin scandal this year. A manufacturer of fats has… Continue

The current revolution in design for developing countries is the notion of co-creation, of teaching the skills necessary to create the solution,rather than simply providing the solution. By involving the community throughout the design process, you can help equip people to innovate and contribute to the evolution of the product. Furthermore, they acquire the skills needed to create solutions to a much… Continue

An alternative way to use currency in the future which I thought was interesting was connecting the use of mobile phones to paying for things in shops or online. Today with phones being so popular and widely used in the world it could be successful to also use them as a form of currency.

The water visionary I have connected with is a cafe in the UK who also donates a large amount of profit to charity and the homeless but also focuses on ways to save the environment. Last year they saved 140,000 litres of water by installing water hippos in their establishments around the country. I have already previously advertised their efforts in saving the environment by sending letters to various supermarket chains asking them if they would consider doing the same to save huge amounts of… Continue

The water project I enjoyed and thought was inspiring was the work that the Water 1st International is doing in India where they are building wells and toilets in homes all over India. Not only this but they are also educating every household they provide on how to be hygienic themselves and keep their water and sanitation clean. I have been to India and experienced the need for this type of knowledge as they are generally less hygienic than western countries and live very differently.

In may 2020, I am eating dinner with my husband. Everyday we make a meal by ourselves and share it.
We usually try to eat home-made meal and buy organic and locally grown vegetables and fruit.
Sometime we share home-made foods with our neighbors and donate our stuffs(fruits or vegetables grown by ourselves) to local community.

I think TFT's program can be solution for food probelm.
TFT(TABLE FOR TWO) is a non-profit organization that accomplishes the global food imbalance.
The concept is to "transfer calories" from one part of the world with an exess to populations in need.

TFT accomplishes this primarily by partnering with university and corporate cafeterias, serving low calorie, nutritionally balanced TFT meals. A 25 cent charge is added to the price of these meals, which is used to provide… Continue

I am foreigner who lives in near San Francisco.
I am really shocked how many homeless people are in the city.
Living in the United States, especially San Francisco downtown, I could find homless wherever, whenever. Some people are insane and begger aggresively. At first time I couldn't understand why they occupy in front of store and why police don not catch them. But, I heard that the government does not figure out the problem. Eventhough police catch some crazy homless, they can not… Continue

I'm partnering with Changemakers, who participates in a variety of humanitarian efforts across the country.

One project for change involved a group that carried out a project through community members from a settlement in Lilongwe. They'd gone to a small village (Embangweni) and discovered ecological sanitation units. These folks were impressed withwhat they saw and noted that their major challenge was that of space as their plots were becoming smaller and smaller with all the filled… Continue

In 2020, the women that have been empowered by the Global Press Institute will be the prominent journalists. The information we discover will empower women leaders and we will definitely have a women president.

I want to find a program that especially inspires me and make a donation. The ones listed on the Learn page are all very great examples that are extremely worthy of looking into.

I have said it before, the Press Institute is one of my… Continue

How do people react in a pandemic

People react in a variety of ways, depending on the type of the event, the extent of the catastrophe and if it is something that is ongoing, or what have you.

This particular article was important to me because it outlined the five ways people react and the reasons why they do react in the manner that they do.

It firsts go into how people react and how they overeact. It is the period of adjustment that happens in this phase. They know what the situation is, they pause,… Continue

Providing Shelter for the Wronged

"AFESIP provides support to families while the girls are in the shelter, including supplying food and water and contributing to house repairs when necessary. "

This story about shelters providing rehabilitation to women who are rescued from sex trafficking really struck a cord with me. It is unfathomable that these poor, innocent women…

I've picked the topic panic versus denial as my secret of crisis communication. First it seemed to me a little bit controverse, that panic is not the problem in critical situations. If people are in panic they can't think rationally and are in danger of making wrong decicions which can lead to serious and life-threatening consequences.But on the opposite panic is usefull and also needed. If something bad happens, getting into panic is like a wake up call. It is a sign that we are aware… Continue

It's 2011 and the next pandemic flu has reached my part of the world.
I have to organize one group of people online to do something that matters.

One important thing is: reach as many people as possible - use a pyramid scheme and spread the word.

First of all, I will create a dark site where people can compare notes with each other and organize in sub-groups like: medical help, acquisition of food and water, secure places....

The next step is to advise… Continue

The organization, "World.org," has a vision where all people have access to safe drinking water and sanitation; a world where no one suffers or dies from a water- or sanitation-related disease, which is the key problem in countries such as Haiti, Ghana and Ethiopia.

Children and adults do not have access to adequate sanitation -- there is one toilet for every five. It is said that half of the people in Haiti lack access to clean water and only one in five have access to a sanitary… Continue

This past weekend was the annual celebration at the lake house in Connecticut. It is amazing that the lake is still so clear and beautiful after all these years. The watershed association has done a wonderful job protecting these waters from the damaging effects of development.The wood grill was finally ready to cook on, so we didn't miss the propane tank fueled grill anymore. The food actually tasted fresher than in the past and was easy to keep fueled.Dad was very proud of the solar hybrid…See More
Monday
0 Comments